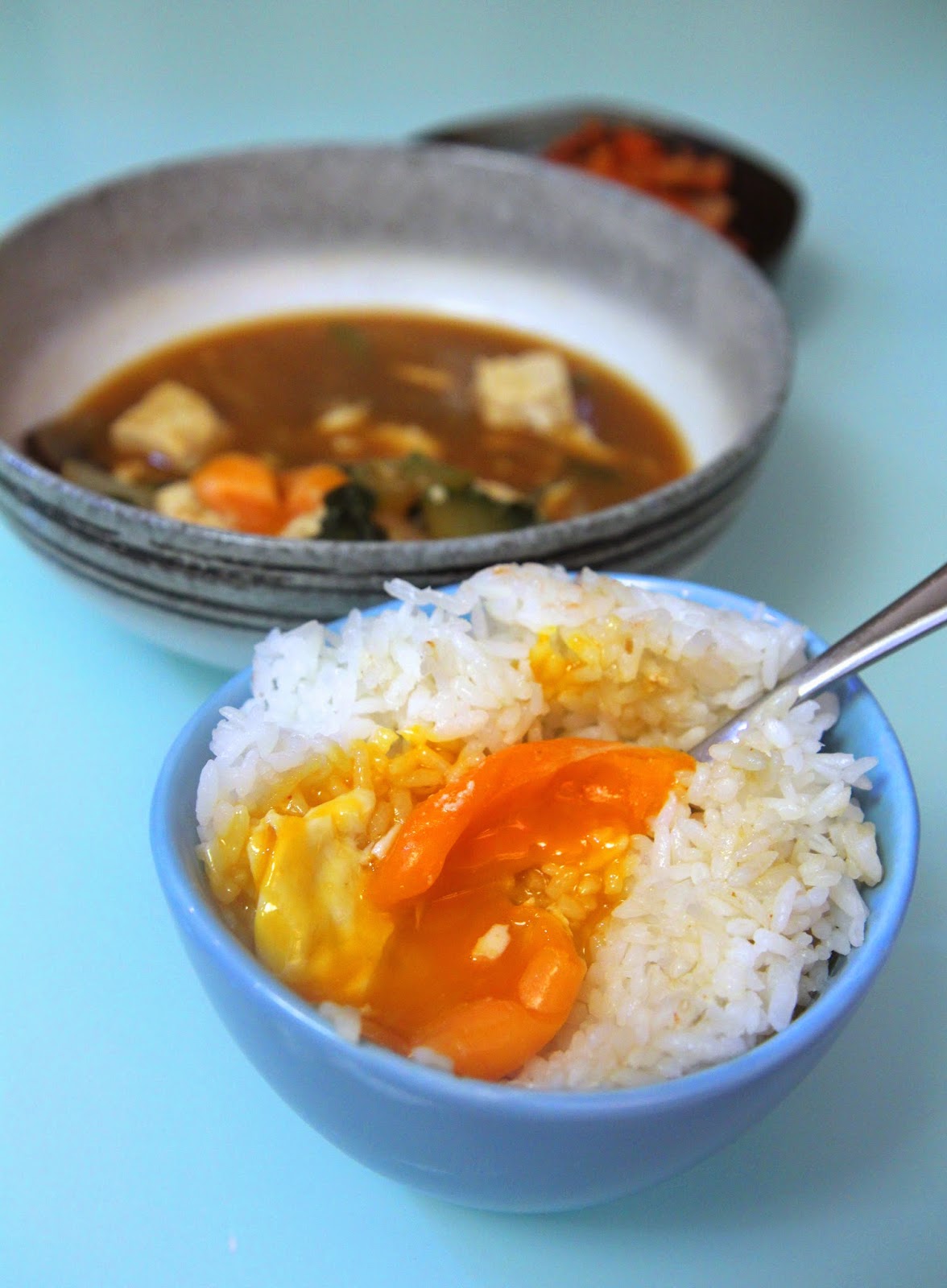 
Lately, most of what I cook seems to comprise either a one-off pasta dish (see most recently 5.301 Spaghetti with Smoked Mussels & Enoki) or a Korean soup from a packaged base (5.289 Ddeok Galbi Tang).  I do want to attempt more ambitious projects--indeed, having transported my cooking gear piece by piece from Korea over the past 10 months, my kitchen is well-equipped to do so--but cooking for myself isn't much fun, while the logistical difficulty of having guests over saps the fun out of it. 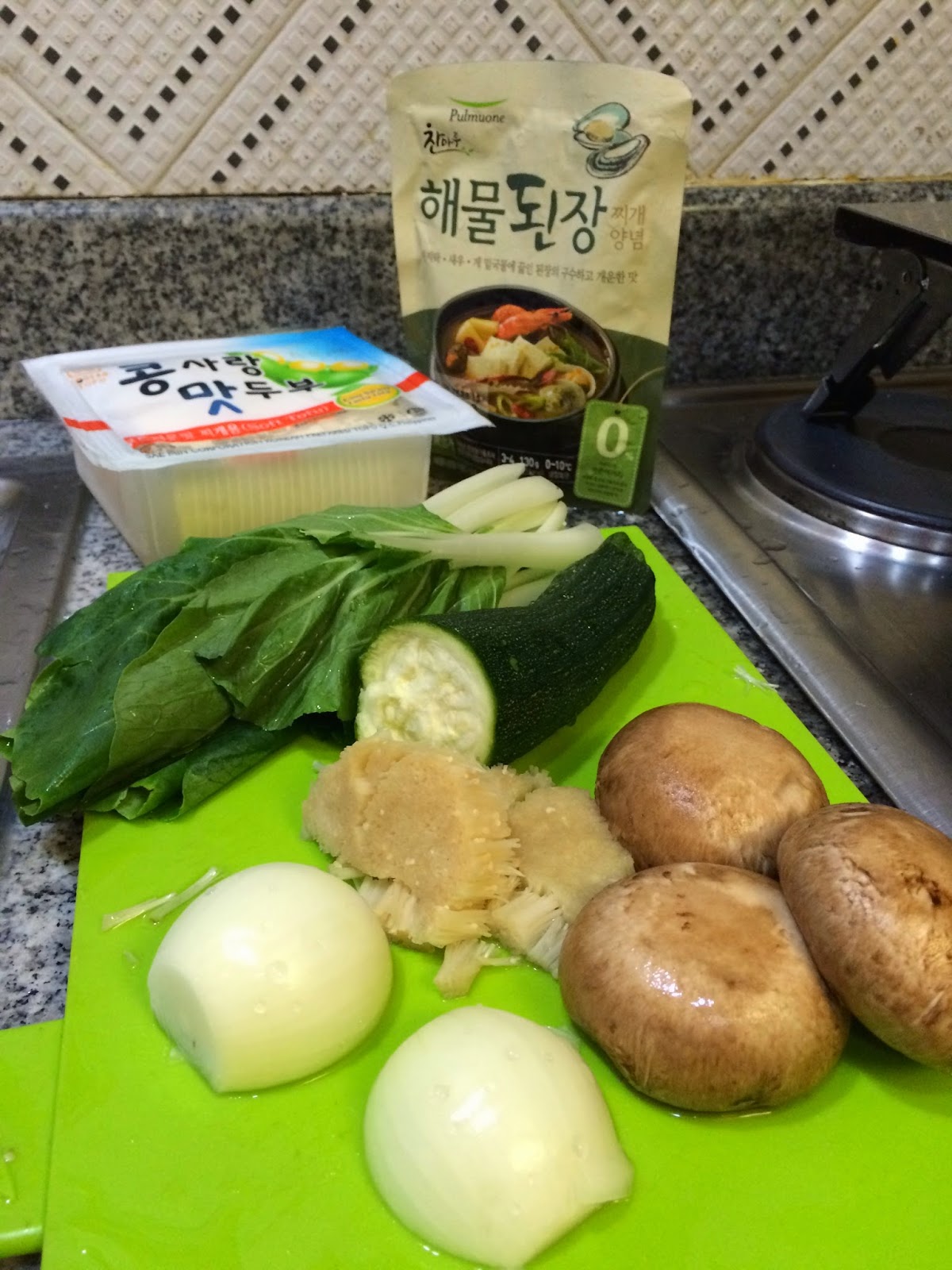 Within the context of yet another Korean soup from a packaged base--doenjang jjigae this time, using the ever-reliable product from Pulmuone (see generally 2.247 Haemul Doenjang Jjigae...)--I had a flash of inspiration.  When the stew was nearly complete, I suddenly decided to crack a pair of eggs into the broth and allow them to poach.  Although the practice is standard for sundubu jjigae (see for example 1.345 Sundubu Jjigae), it's unheard of where doenjang jjigae is concerned--in the hundreds/thousands of encounters with the dish throughout my life--again, it's arguably the most common soup/stew in Korean cuisine--never a single egg.  Don't why, no reason that I can think of.  So, the addition of an egg to doenjang jjigae is revolutionary, scandalous, insane, genius. 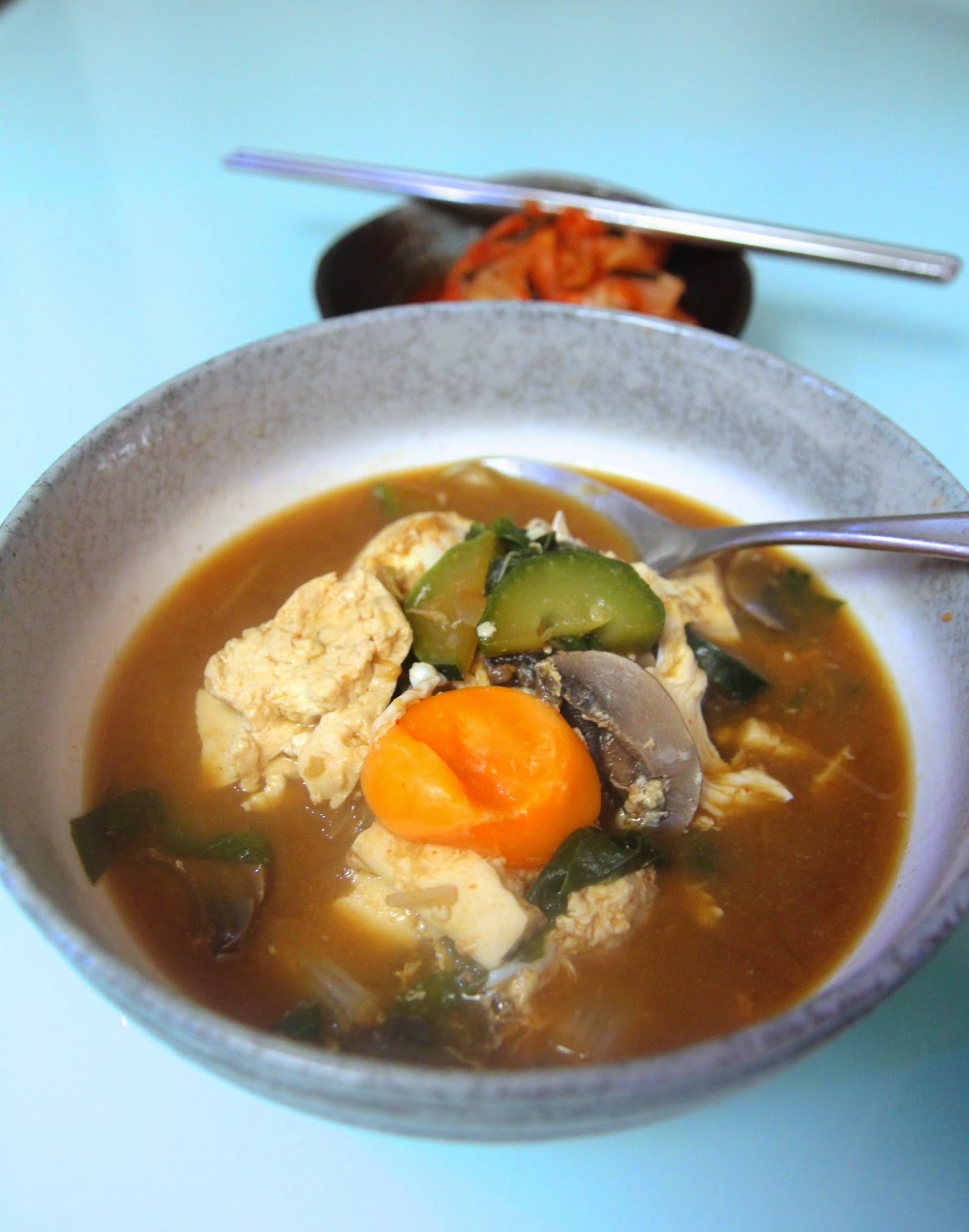 Turned out like a charm, couldn't miss.  Of course, the egg was perfectly cooked, as mine are wont to be (see for example 2.365 Perfectly Boiled Eggs).  Don't know why it hadn't occurred to me earlier.