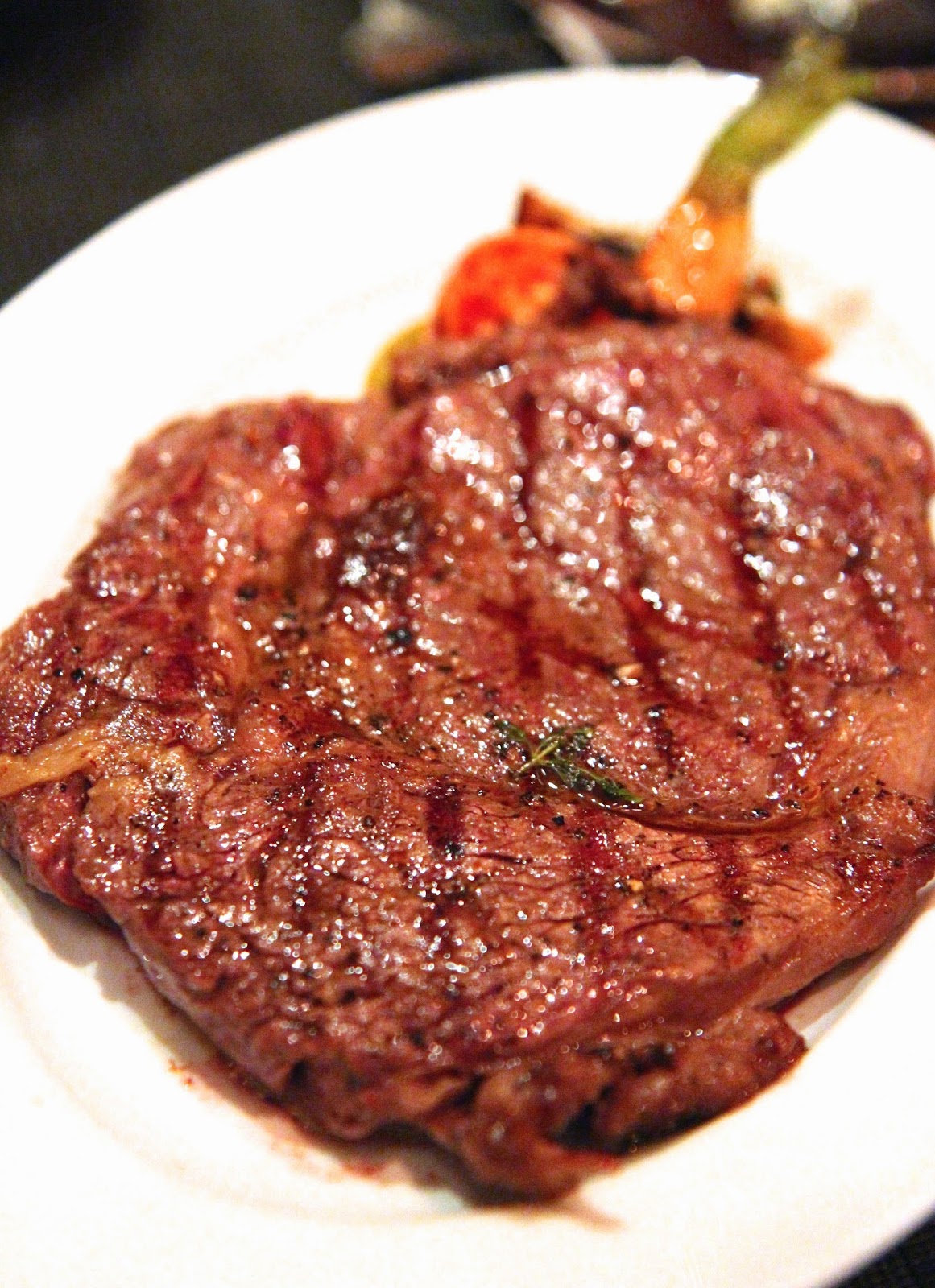 at The Fireplace (Hyatt Hotel)

A new project to eat my way through the three 5-star hotels within walking distance of my apartment.   Not all the menu items, just one meal per restaurant.  Currently a total of 11: 3 in Diamond, 3 in Hyatt, 5 in Pan-Pacific. After 11 months of complaining about the food in the neighborhood, usually relating to quality, the thought suddenly occurred to me that the major hotels ought to do better, at least in terms of quality.  Though bound to be expensive, the cost and time and trouble of going to Makati or Bonifacio, where good eats tend to be found, would more-or-less even out.  As the objective is the food, the hotels per se holding no significance, I may fold the project if the on-going returns seem to suggest that I'm wasting my energy.

This 1st installment of TERDHPP features the 3rd restaurant to be covered on the blog, including 2 restaurants prior to the start of the project.  8 to go.

Tier 1 (looking forward to return visit):
(0) none yet 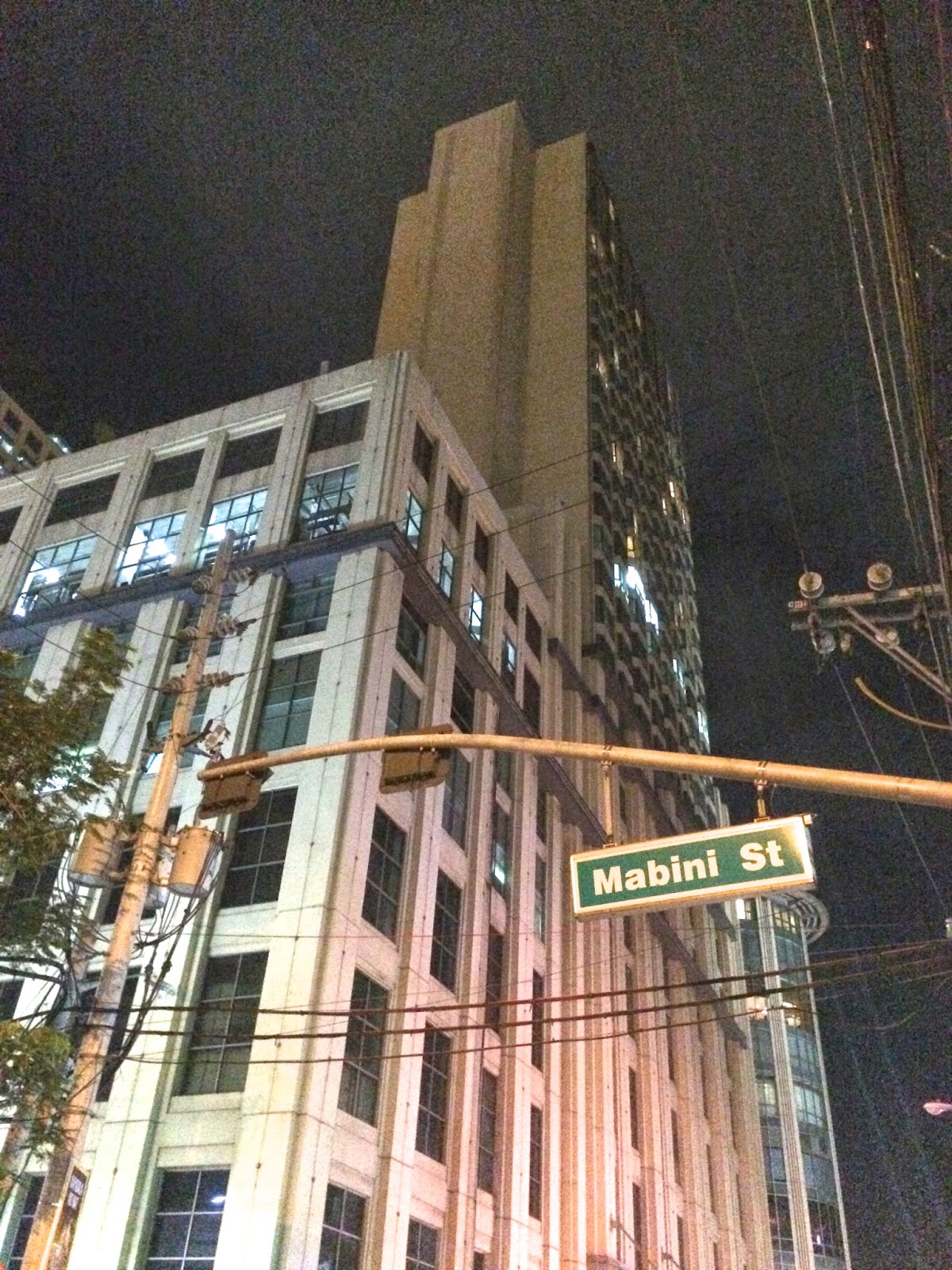 *According to the website, control of the Hyatt will be assumed by New World Hotels as of 1 January 2015.  But it's the Hyatt now at the launch of the project, it'll likely remain known as "the Hyatt" into the foreseeable future, and I can't think of a reasonably pronounceable acronym with "NW" in lieu of "H," so the project shall continue to be called "TERDHPP ("ter-dip"). 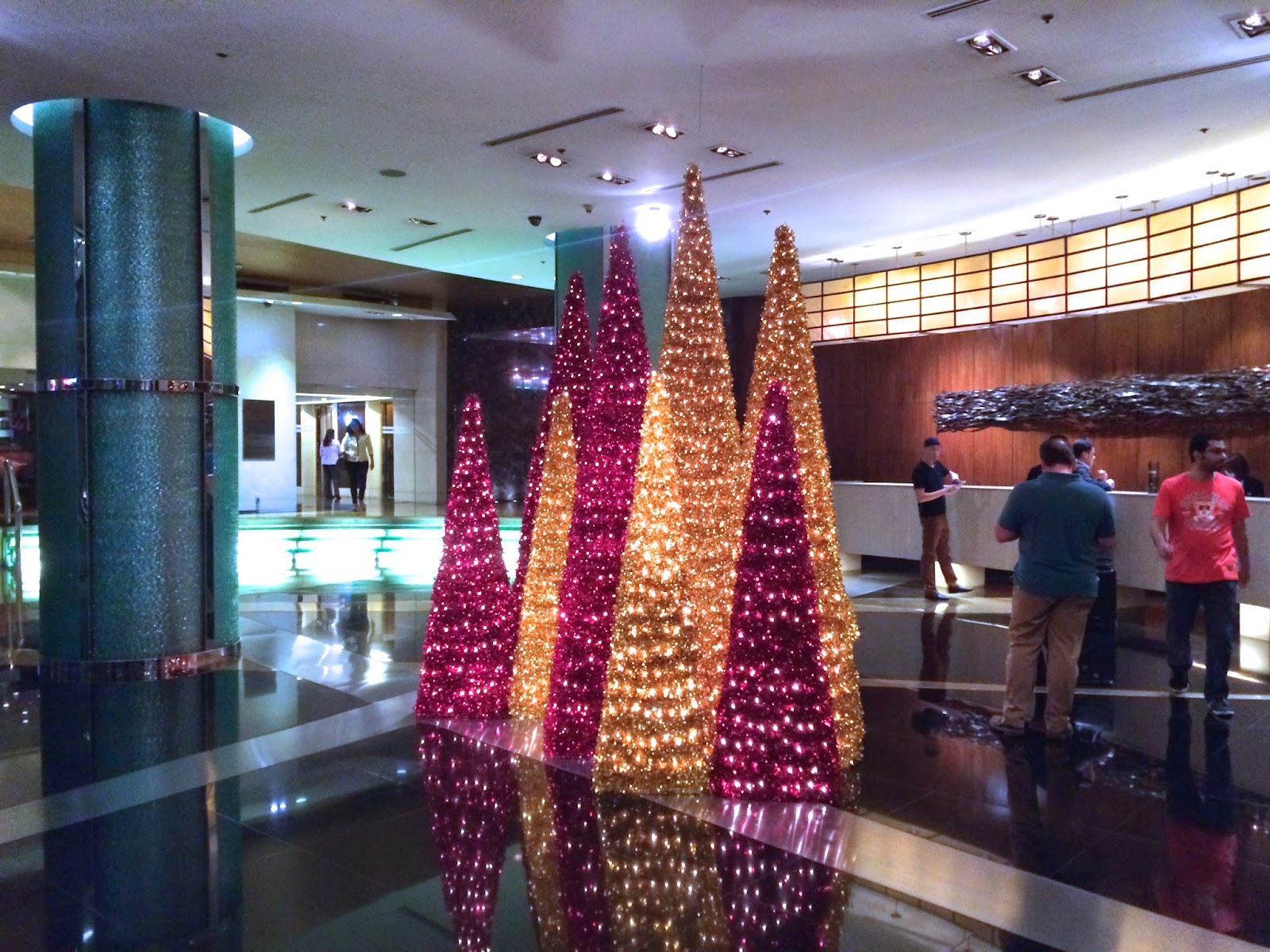 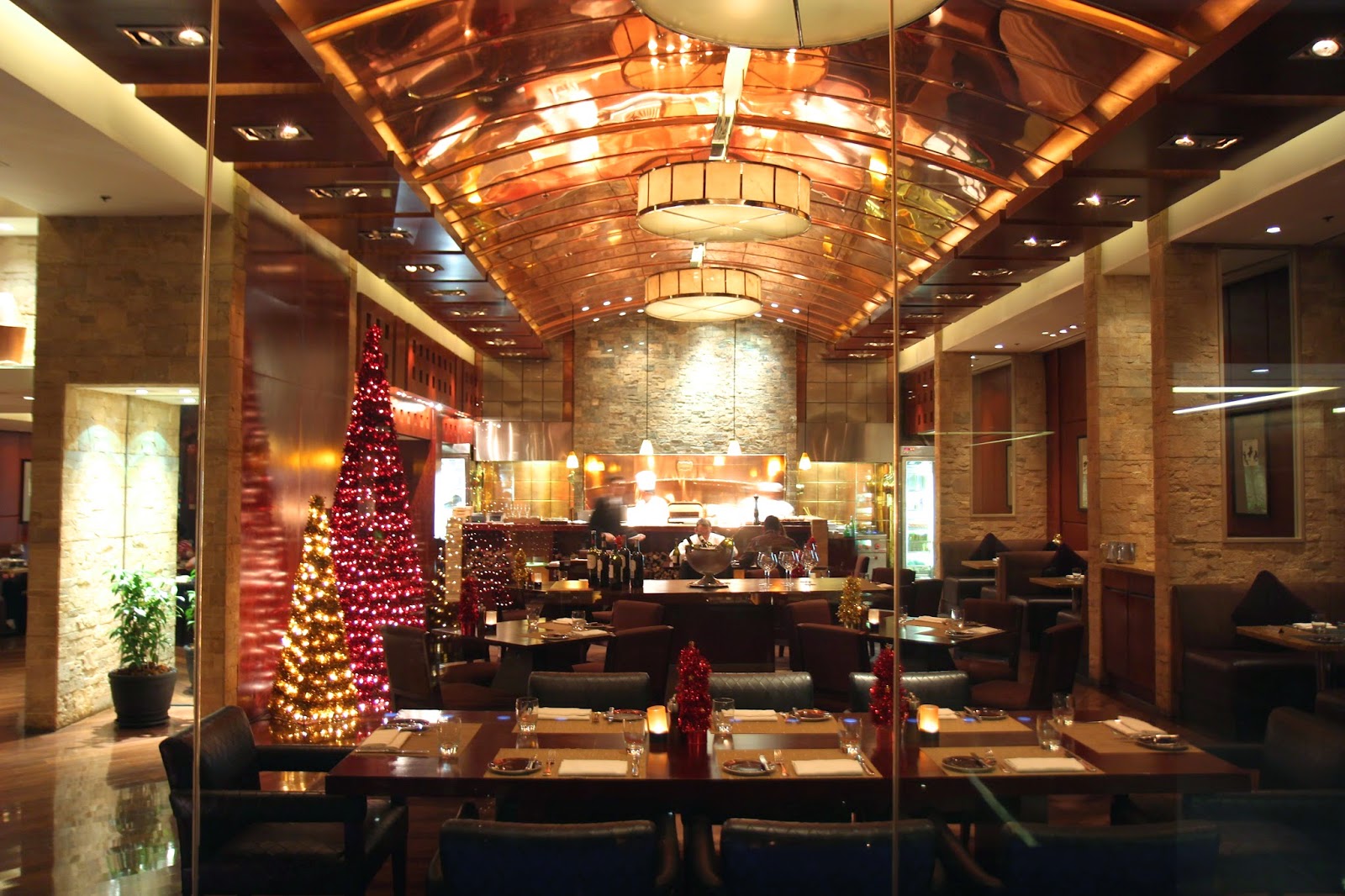 The Fireplace is an American-style restaurant.  Specializes in grilled beef steaks, as well as some seafood, sides sold separately in the aggravating new tradition of overpriced American steakhouses, with sauces leaning French. 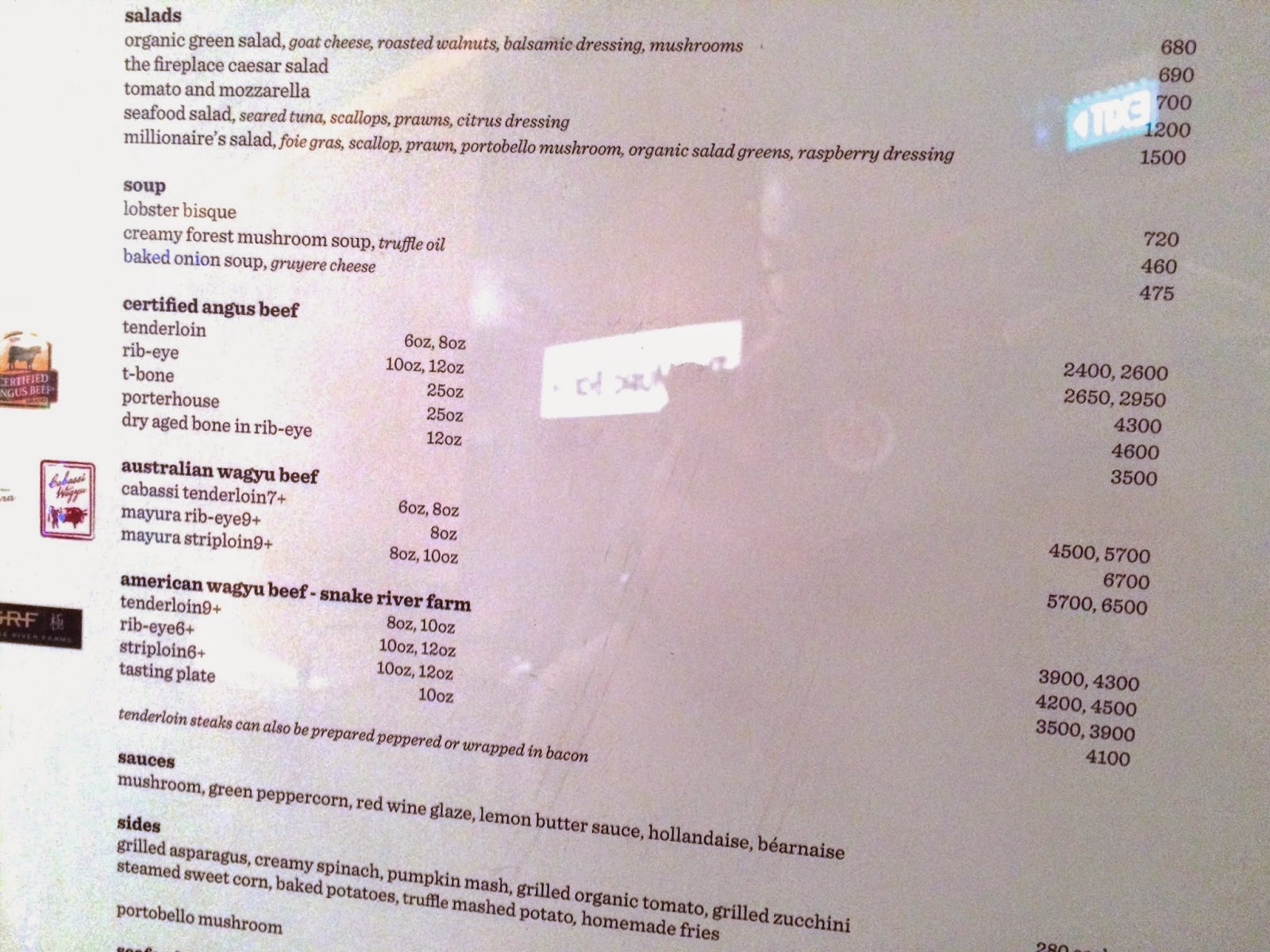 The food was okay--by which I mean that it was pretty crappy, given the prices.  The best that I could say about the meat was that it was neither gamy nor tough, but also wasn't particularly beefy nor tender.  And being grilled, it lacked texture.  At over 3,000 pesos per person, the most expensive and least cost-effective meal that I've had in Manila thus far.

TERDHPP is not off to a good start. 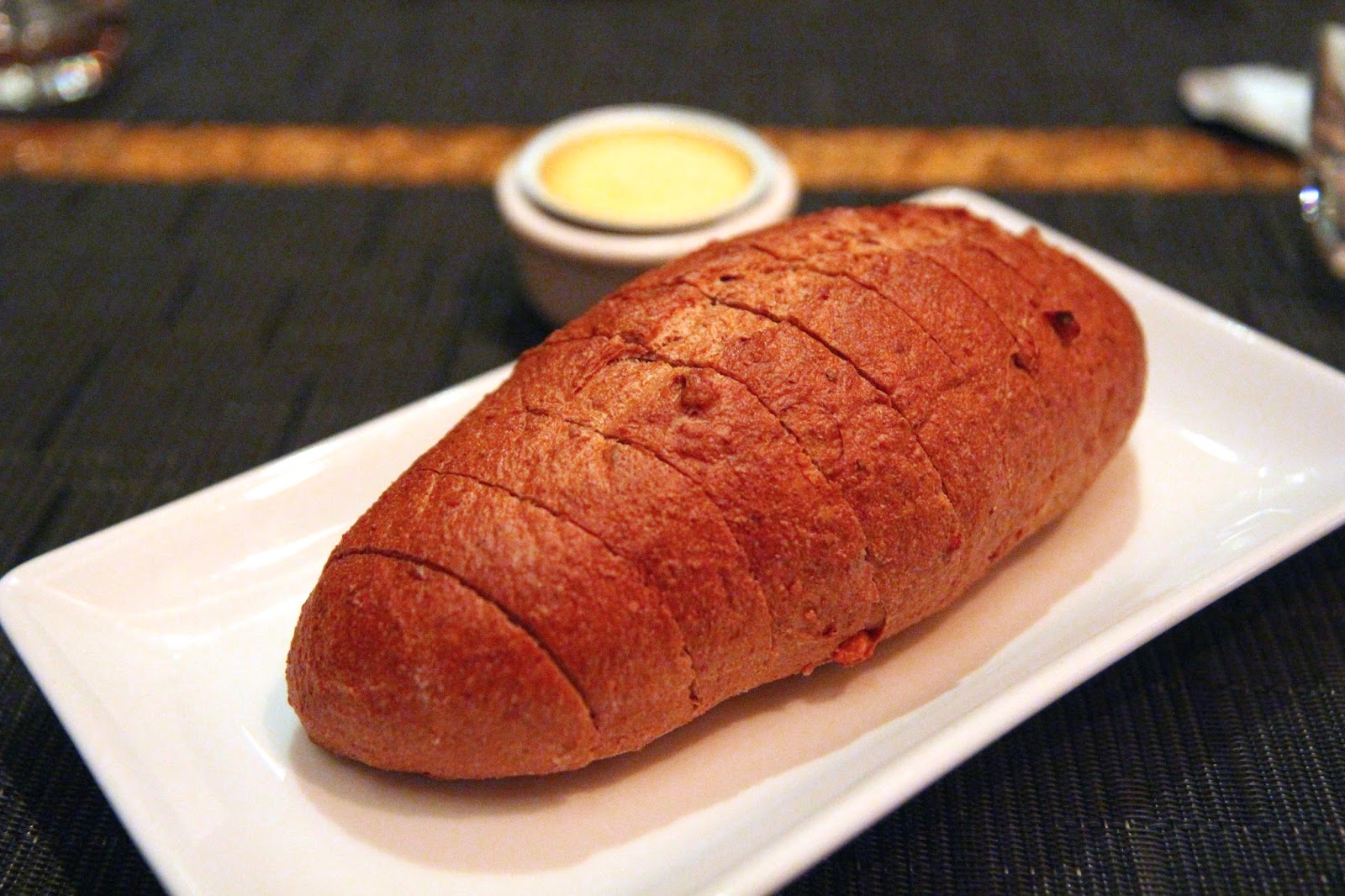 Complimentary rye bread (2.0)--bread itself was okay; however, the butter was some French stuff in a pop-top tub, refrigerated to keep fresh, but not brought up to room temperature prior to service, leaving it too hard for spreading, illustrating the difference between sound principle and poor practice. 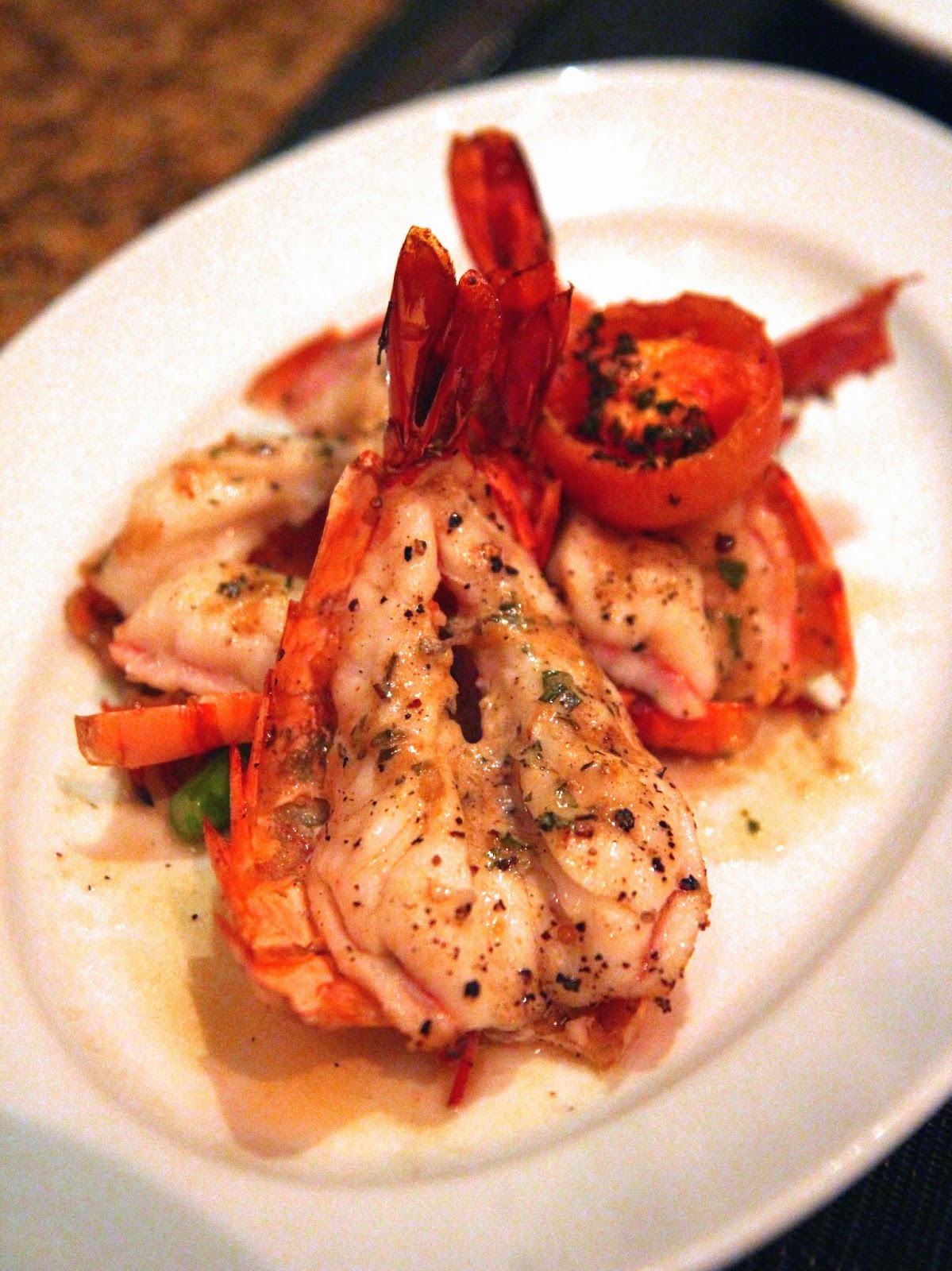 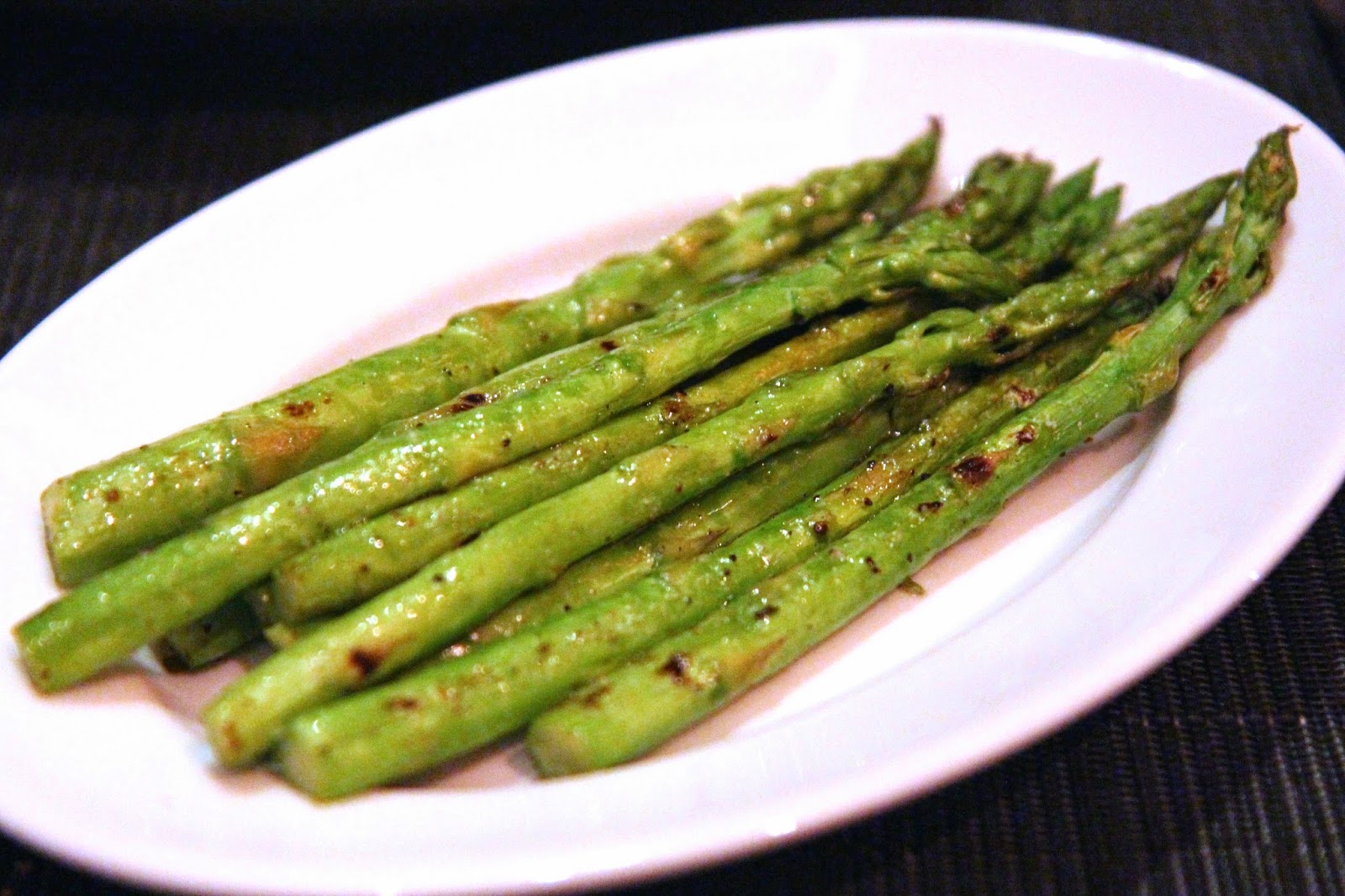 Asparagus (2.5)--had the server helpfully informed us that the prawn dish come with asparagus, we would've ordered something else. 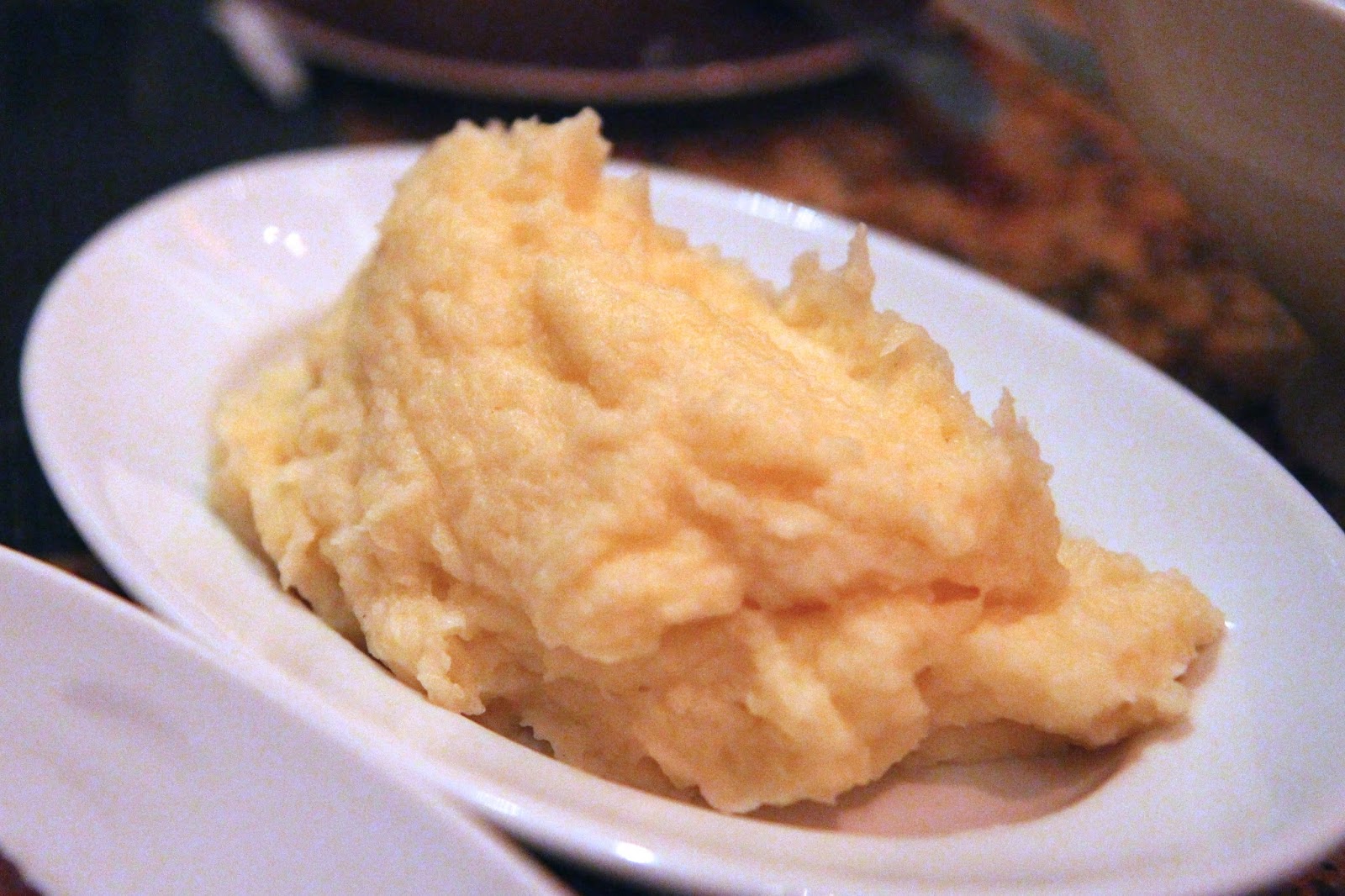 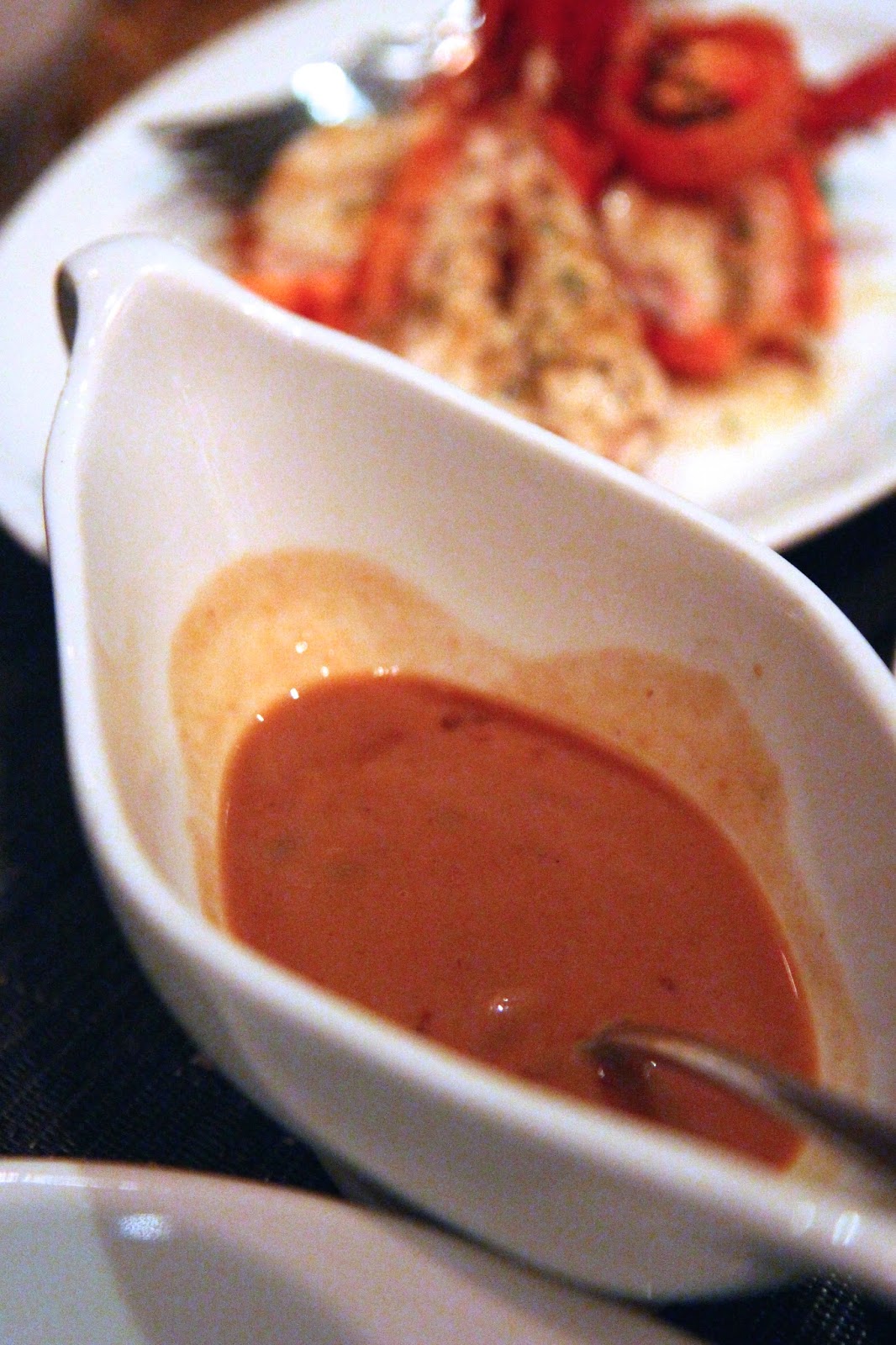 This is the 3rd in the "Try Every..." series, starting with TERRP (Try Every Restaurant in Robinsons Place (see finally 5.247 Original Recipe Fried Chicken) and then TEITY (Try Every Item in Tao Yuan) (see most recently 5.330 Mango Lapu Lapu) (still in process).