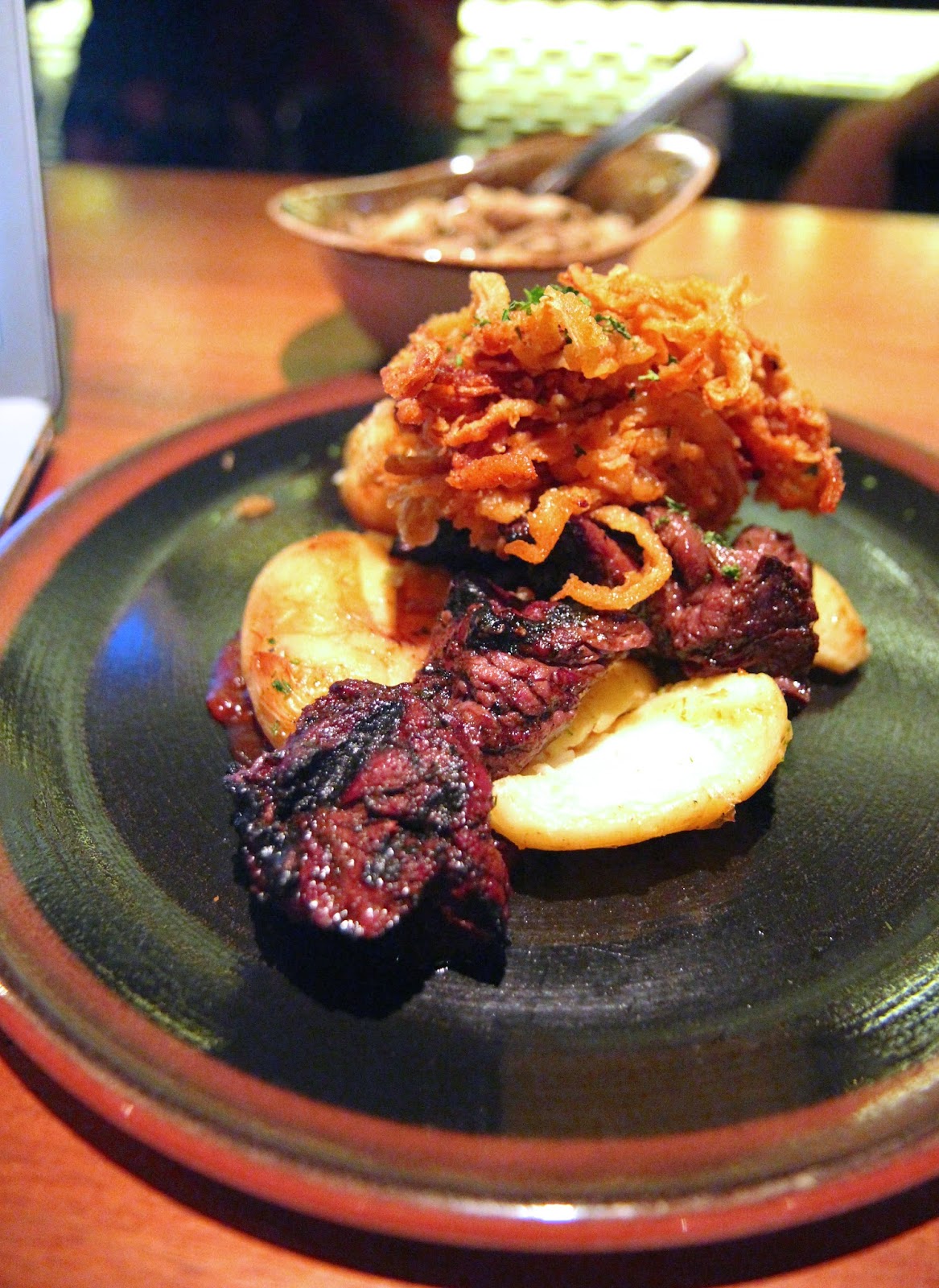 The Meat & Wine Co. is a restaurant chain specializing in South African cuisine.  As the name of the business would suggest, the menu is all about meat, mostly grilled, from steaks and ribs to sausages and cutlets, beef and lamb and pork and chicken and ... kangaroo; other than salads and sides, the only vegetable item is "Vegetarian Plate (please ask your waiter)."  Founded in Australia, currently with 4 locations.  Established in 2000. 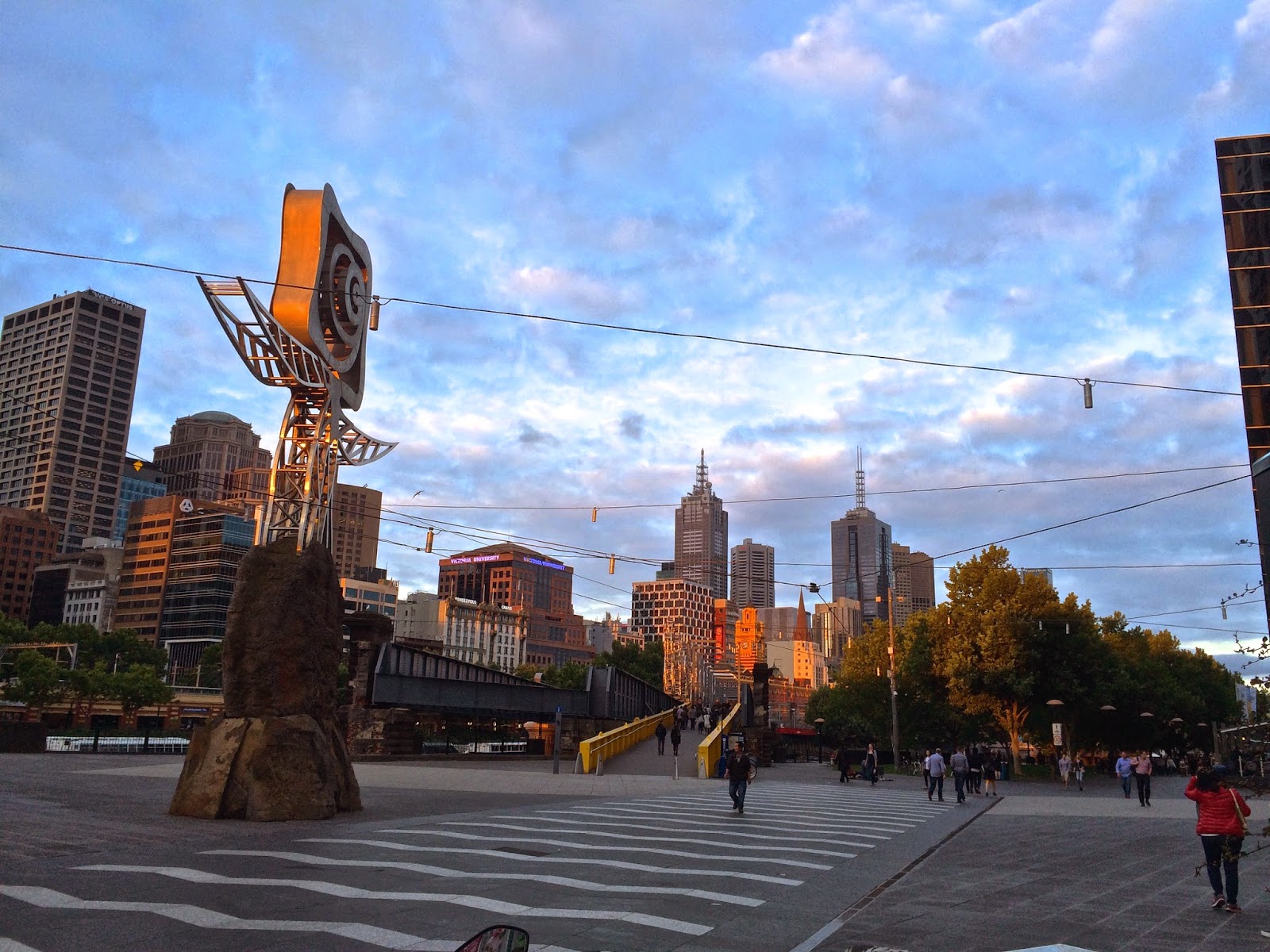 My first view of the city skyline, Central Business District as seen from Southbank. 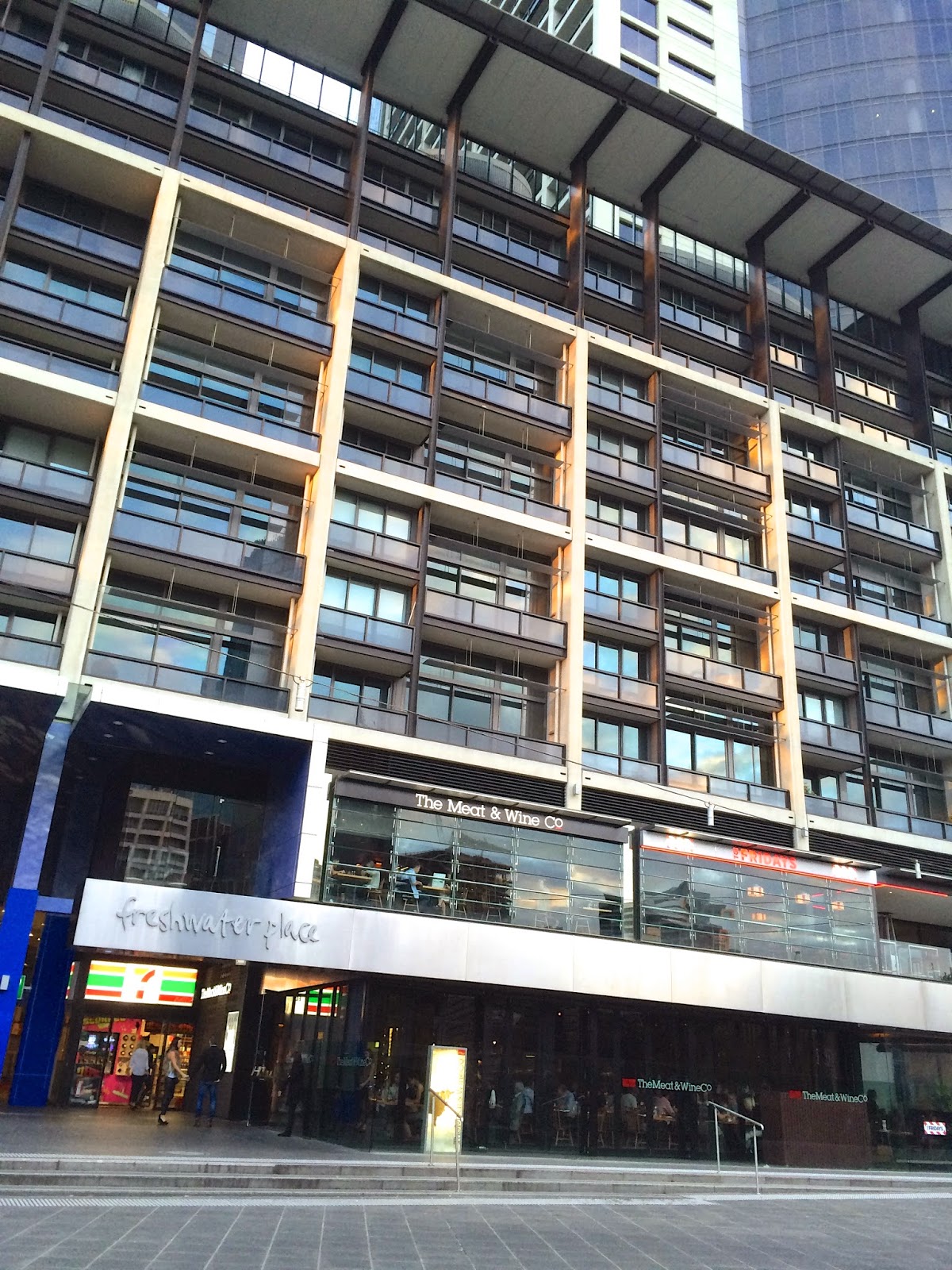 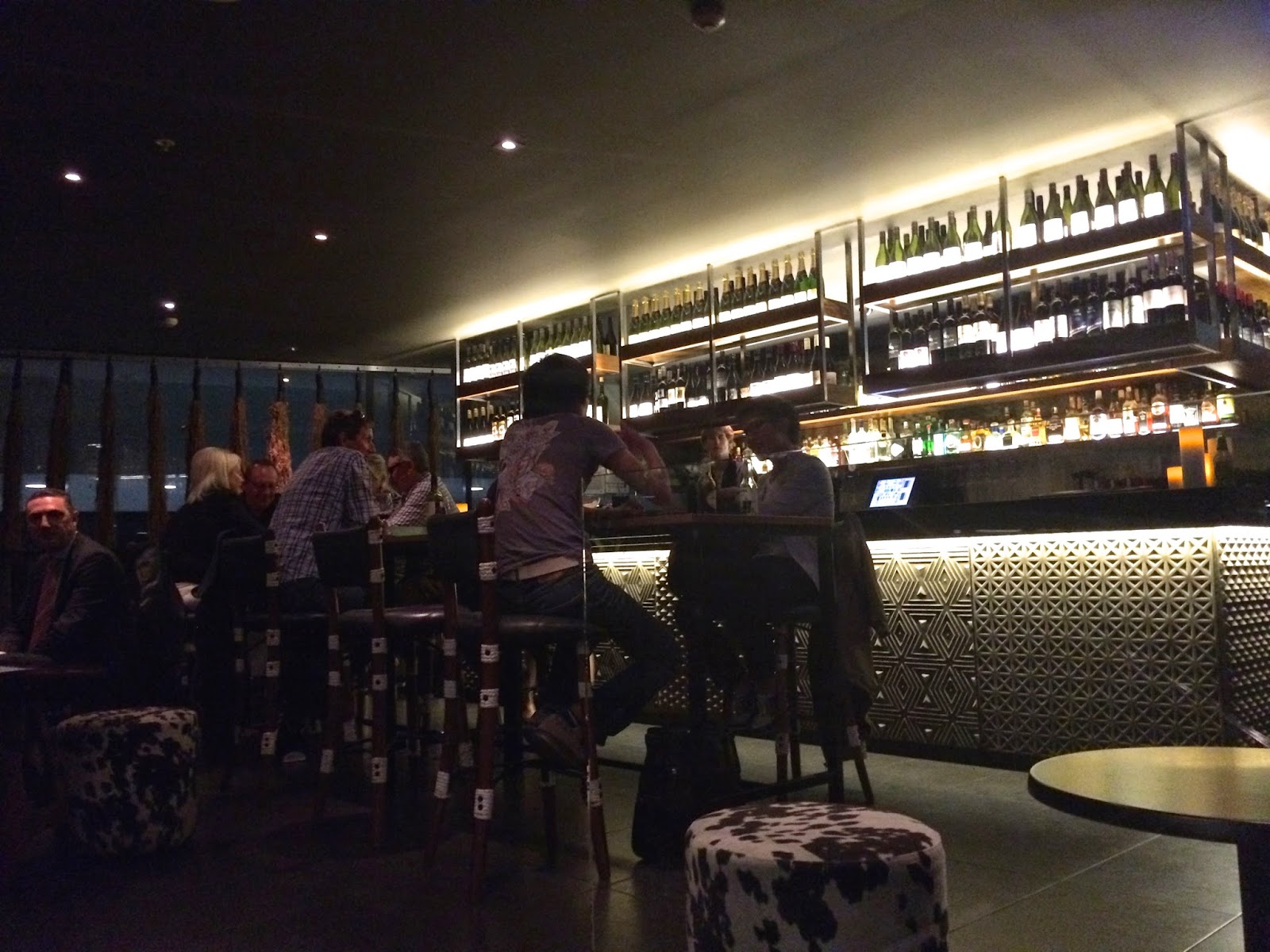 Packed to capacity, waiting time of 2 hours for walk-ins, but I managed to secure a seat at the bar.

Being in Australia, I had to sample the local fauna.  Animals that would fall under the "bushfood" or "bush tucker/tukka" rubric.  Kangaroo, wallaby, emu, crocodile, koala, grub.  Maybe not the grub.  Just kidding about the koala.  Unfortunately for me, fortunately for the animals, such fare is not readily available in urban settings.  Even the locals attending the workshop couldn't think of any places, apparently never having thought about it.  Various googlings turned up a couple of establishments, such as The Meat & Wine Co., which offers only kangaroo, done one way.  I still have the rest of the week to investigate further, but I'm not keeping my hopes up. 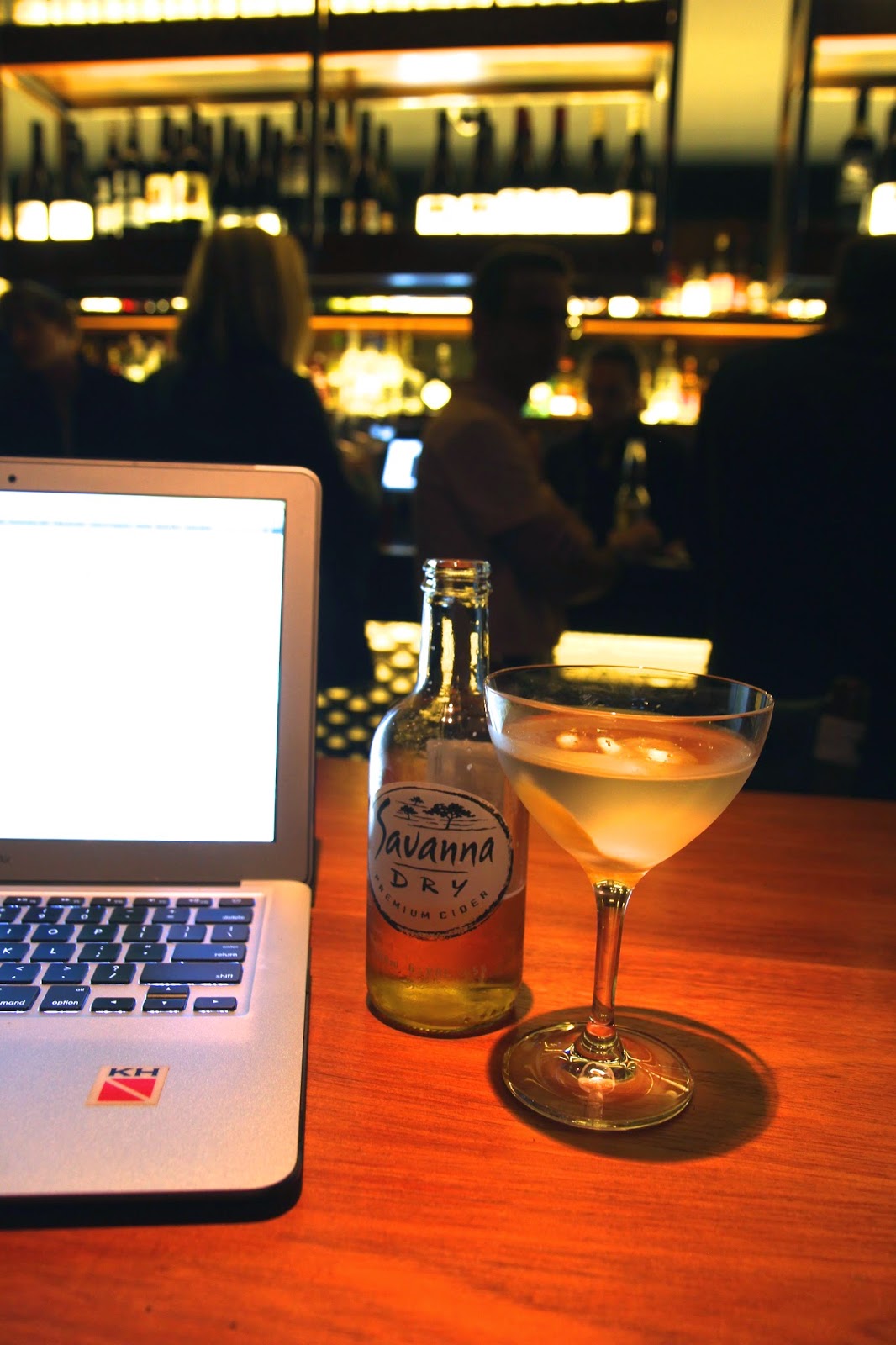 The food was thoroughly unremarkable.  I was disappointed that the kangaroo looked/felt/tasted exactly like lean beef, making the cynic in me to think that the kitchen could substitute cow and nobody would be the wiser.  The so-called "tomato chutney" was merely chunky BBQ sauce.  Roasted chats*--small/baby/new potatoes--okay.  Deep-fried onion rings reminded me of Outback Steakhouse's notorious Bloomin' Onion.  Oh well.   At least I get to add a new animal to the list. 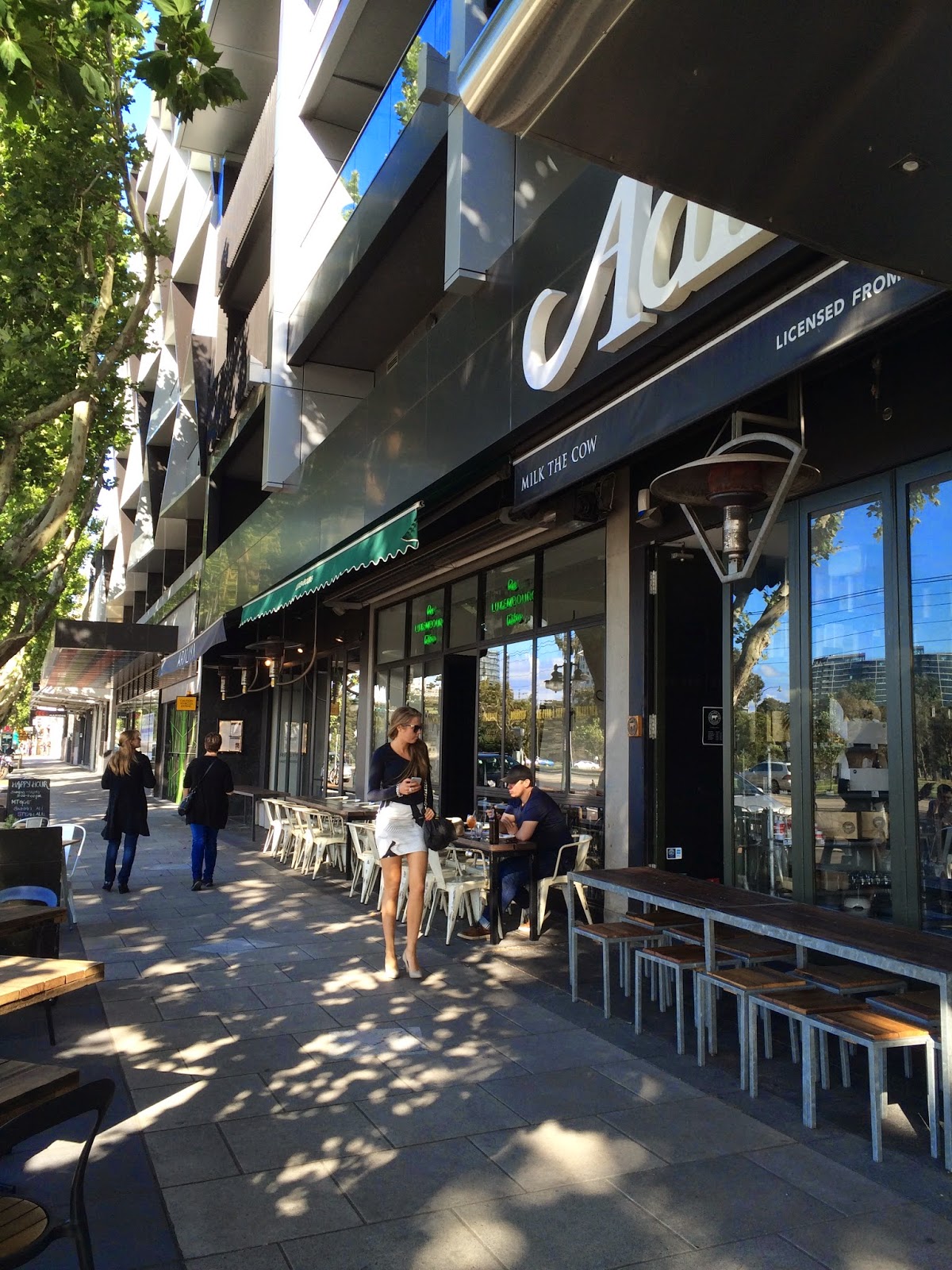 Earlier, after the workshop had wrapped for the day, on my back to the hotel, taking in the sights... 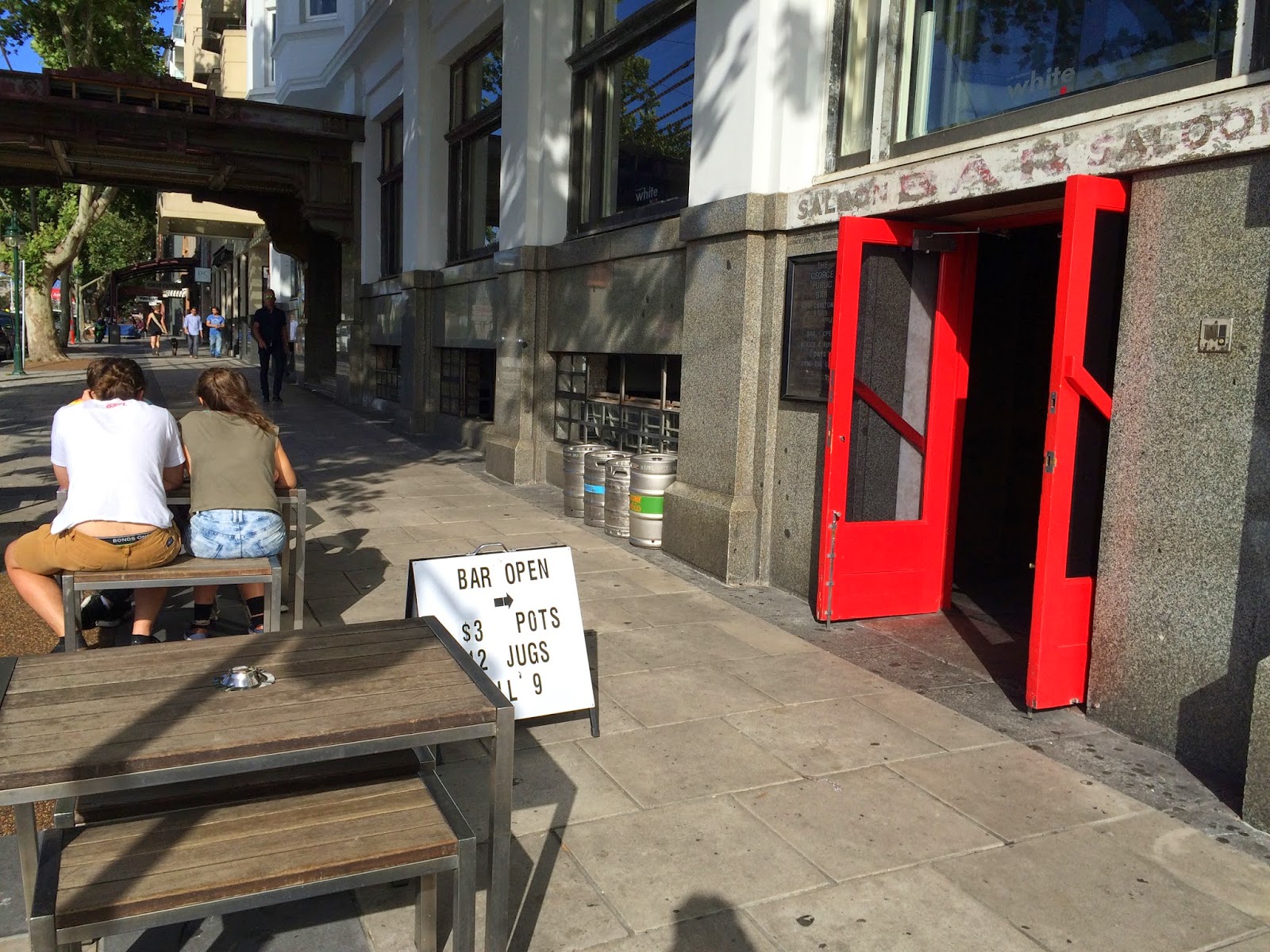 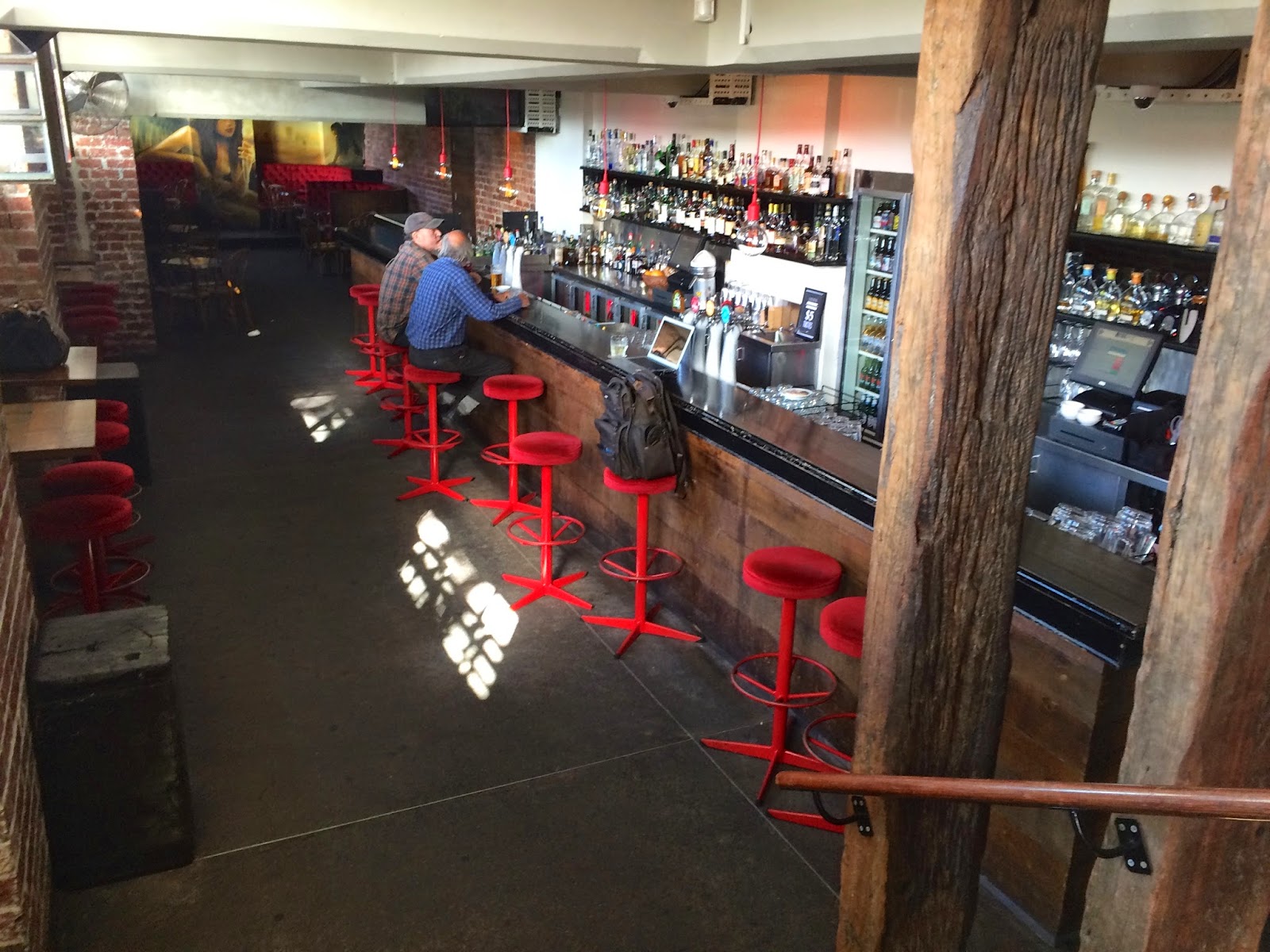 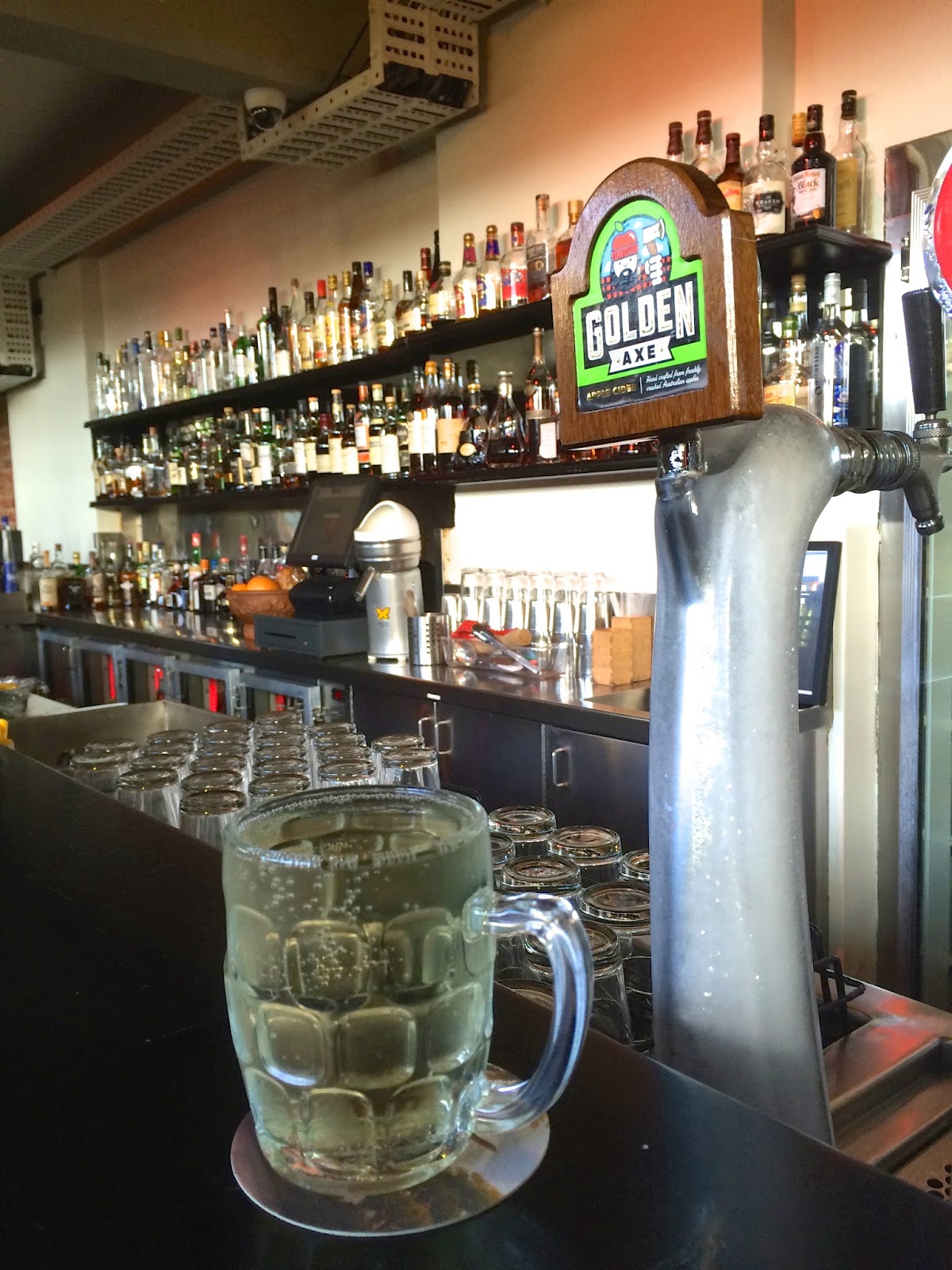 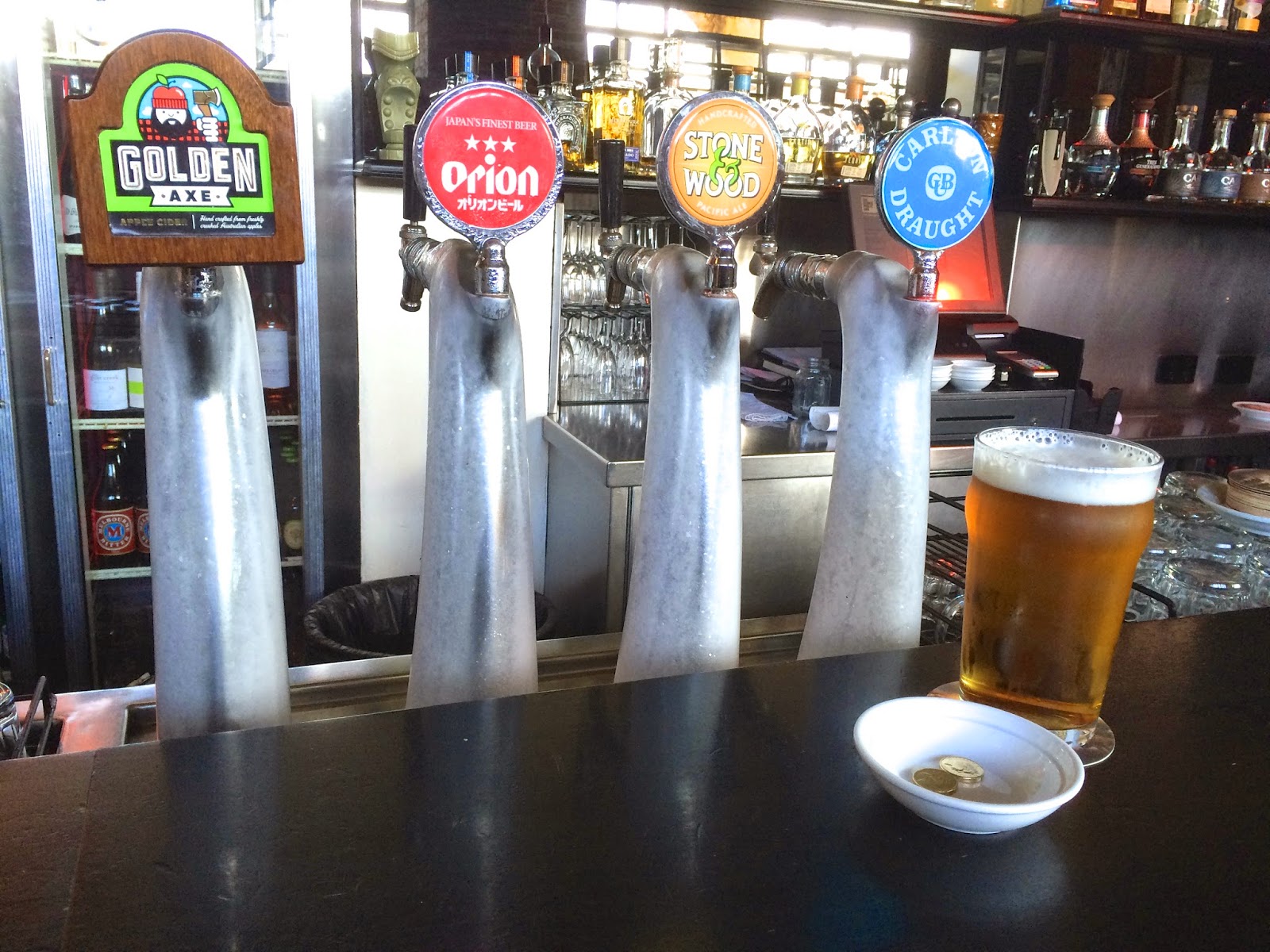 The medium is a "pint," as in "I'll have a pint of Carlton Draught;" they also have a larger "jug," what Americans would call a "pitcher," which would seem catchier for the alliterative trifecta. 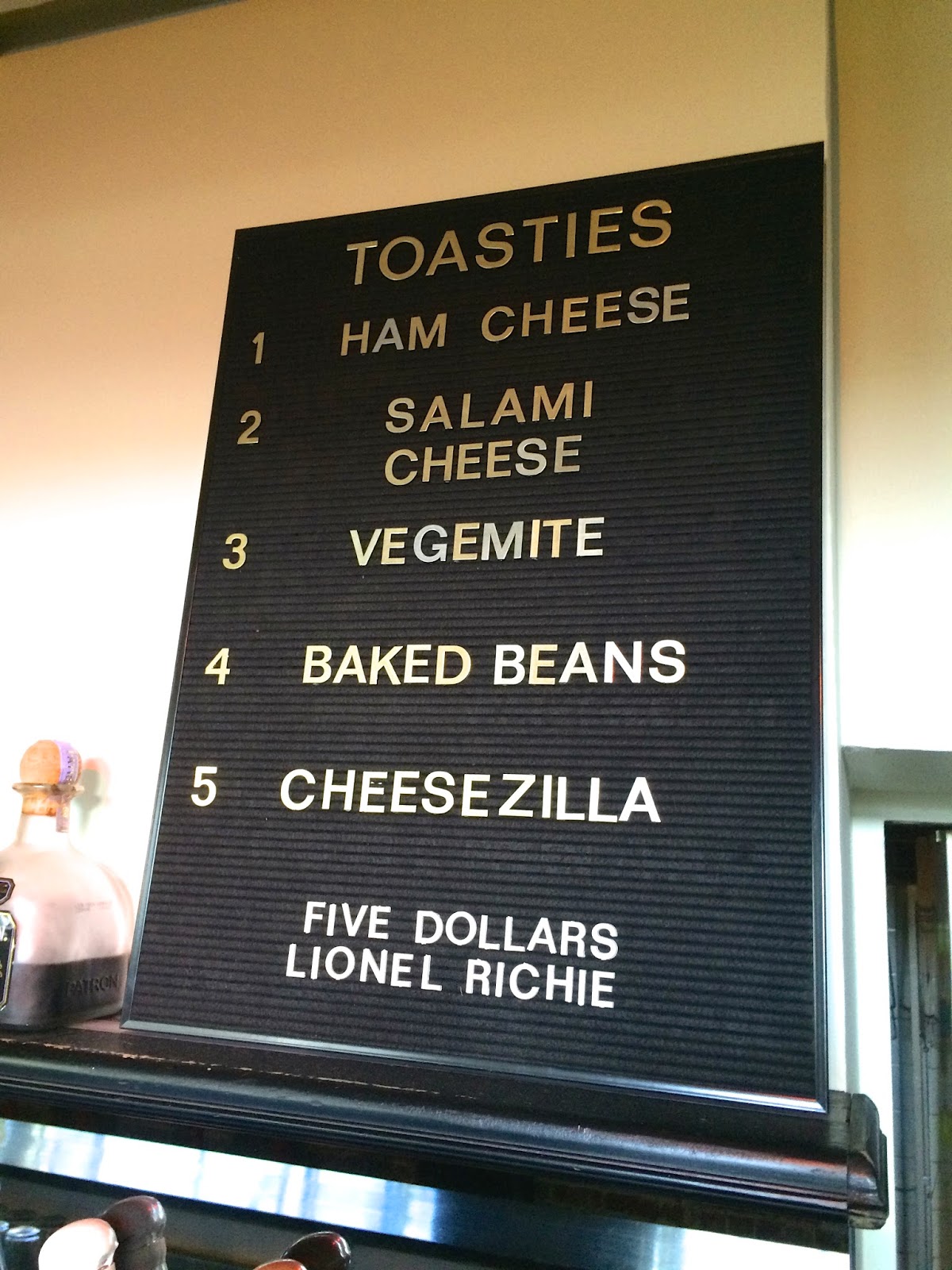