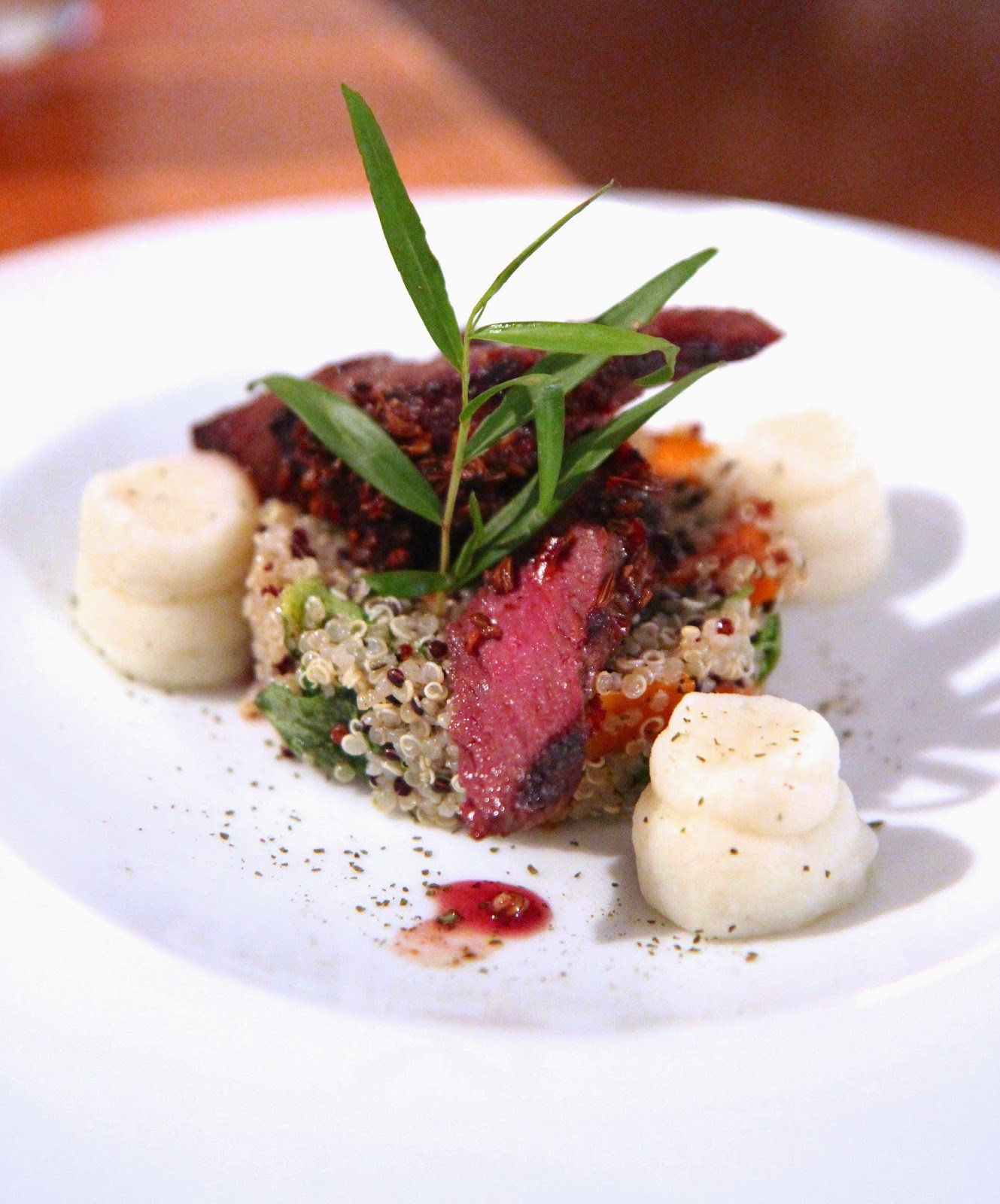 From what I've gathered through scattered observations over the past 3 days, food described as "modern Australian" tends to involve a large cut of meat or seafood, along with veg and carb of some sort, the more uniquely local the better, minimalistically prepared, often seasoned with exotic spices.  (Sounds like "Californian" cuisine, which now seems somewhat obvious, though it was quite radical back in the day.) 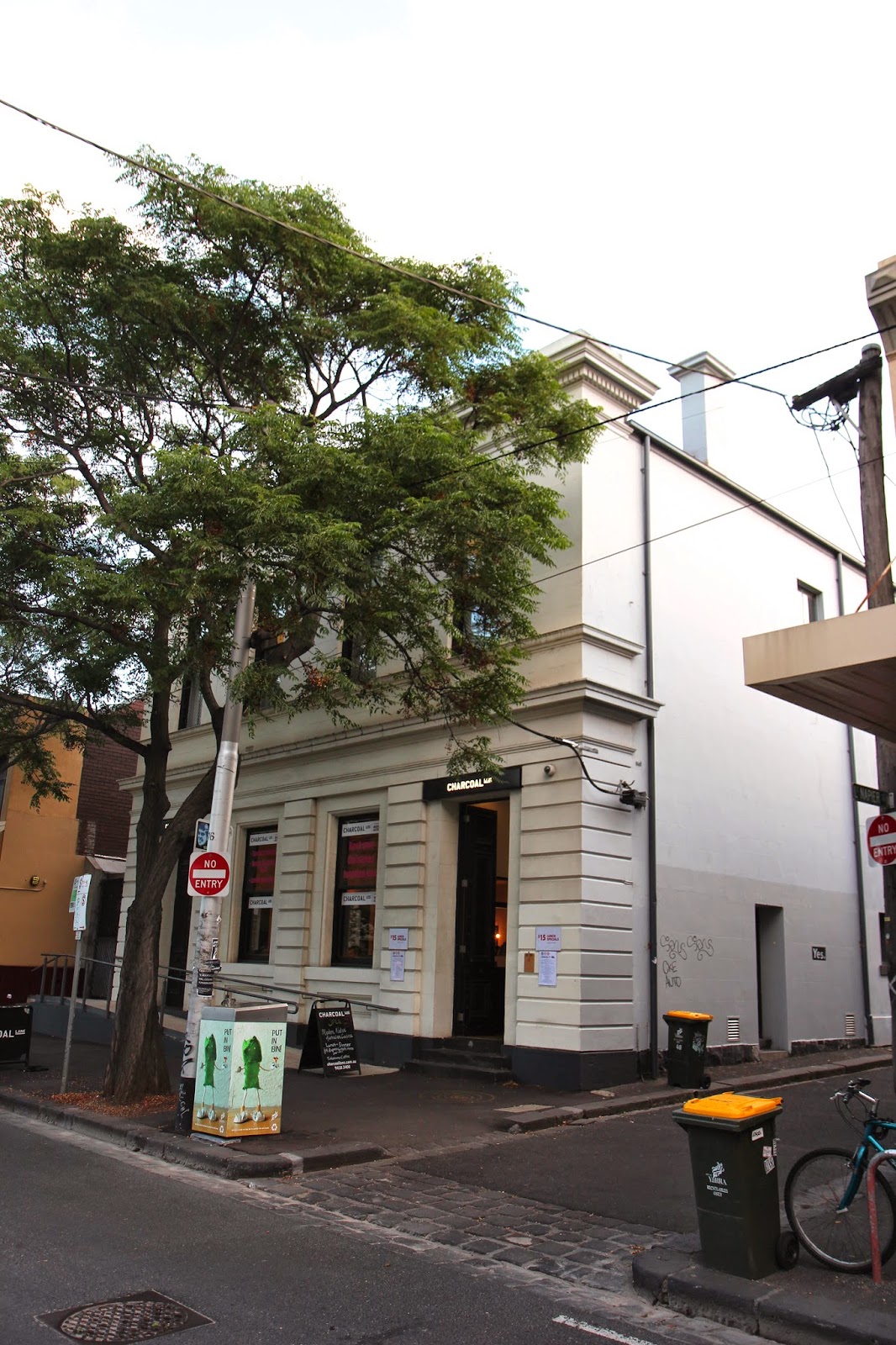 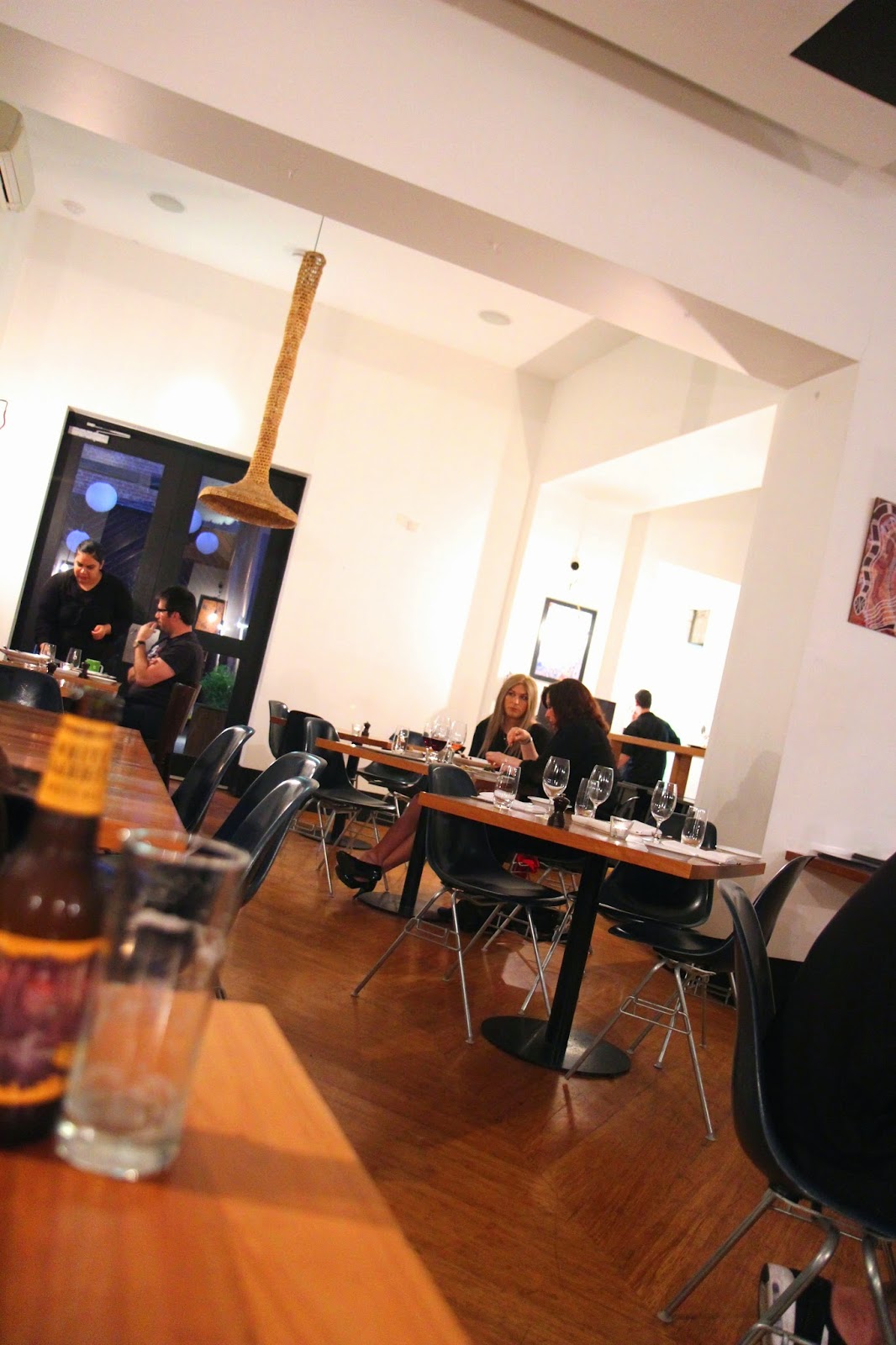 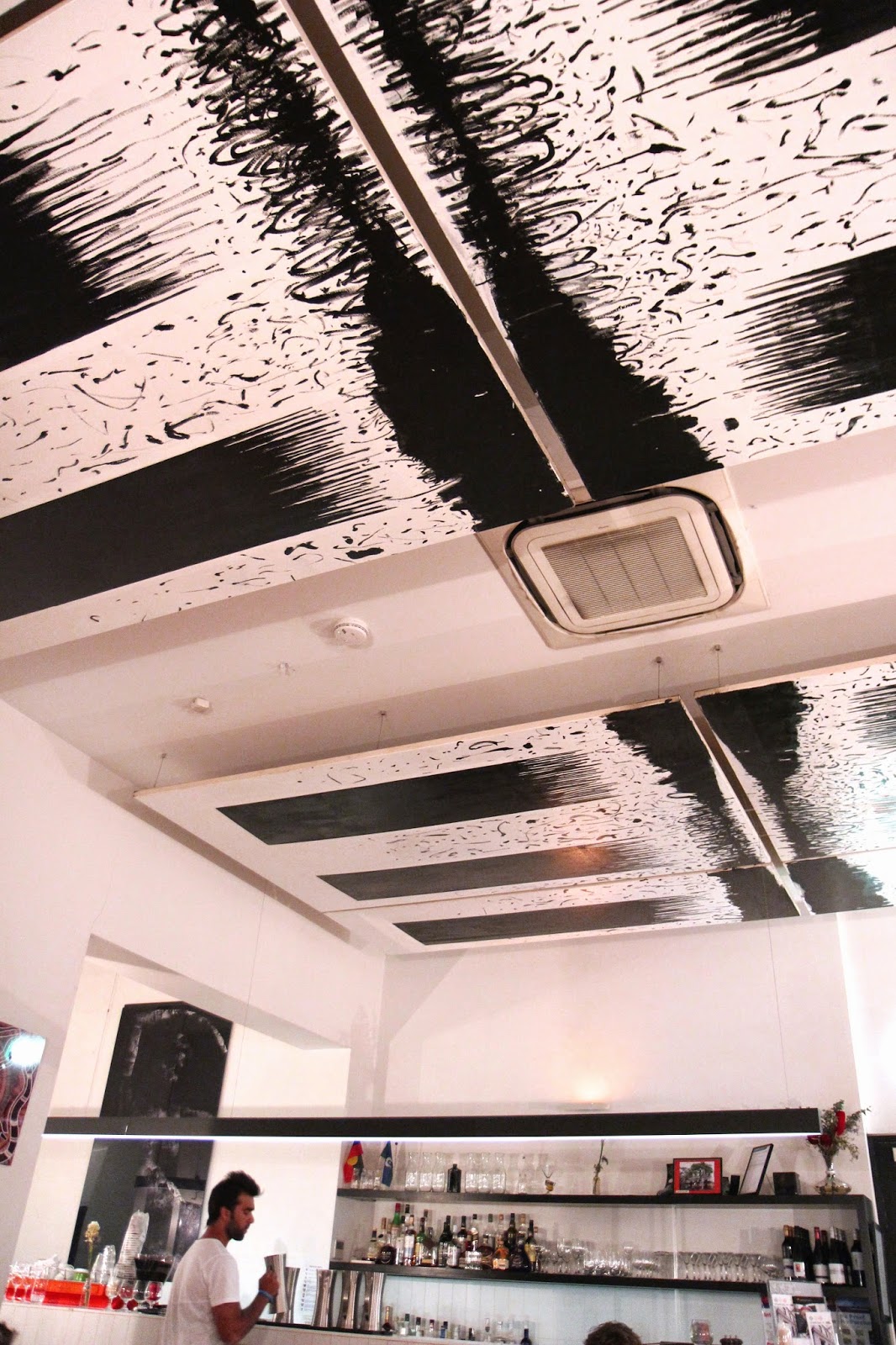 Charcoal Lane is an Australian restaurant.  Specializes in modern Australian cuisine.  Strong emphasis on indigenous goodies, from fauna, such as kangaroo, wallaby, emu, to flora, such as nasturtium flower, wattleseed, rivermint--whatever any of that may be. 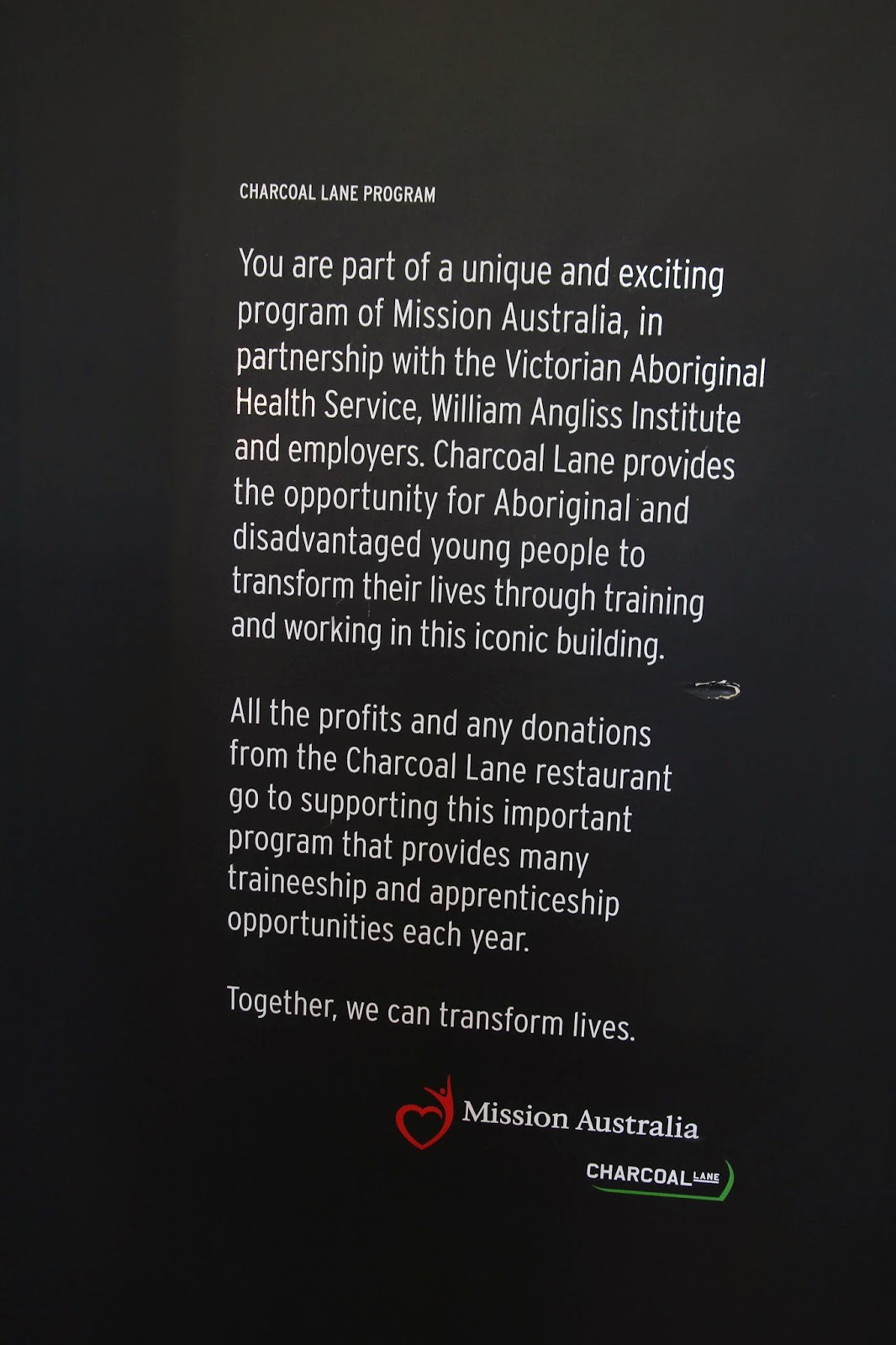 The food was pretty good.  The best dish was the Wild Harrisa Spiced Wallaby Loin.  Not because of the wallaby itself, which, being a cousin of kangaroo, which, as noted yesterday, looks/feels/tastes exactly like lean beef, also looked/felt/tasted exactly like lean beef.  Rather, I was intrigued by the quinoa*, my first experience trying it; I found the seeds to have a pleasant popping texture that contrasted nicely with the meat and mash, and a light grainy flavor that paired nicely with the other minced veg and wild harrisa spice.  The other dishes were okay, but nothing to rave about.  Nevertheless, the meal represented exactly what I'd looked forward to tucking into Down Under--even if Aussies themselves don't really eat stuff like this. 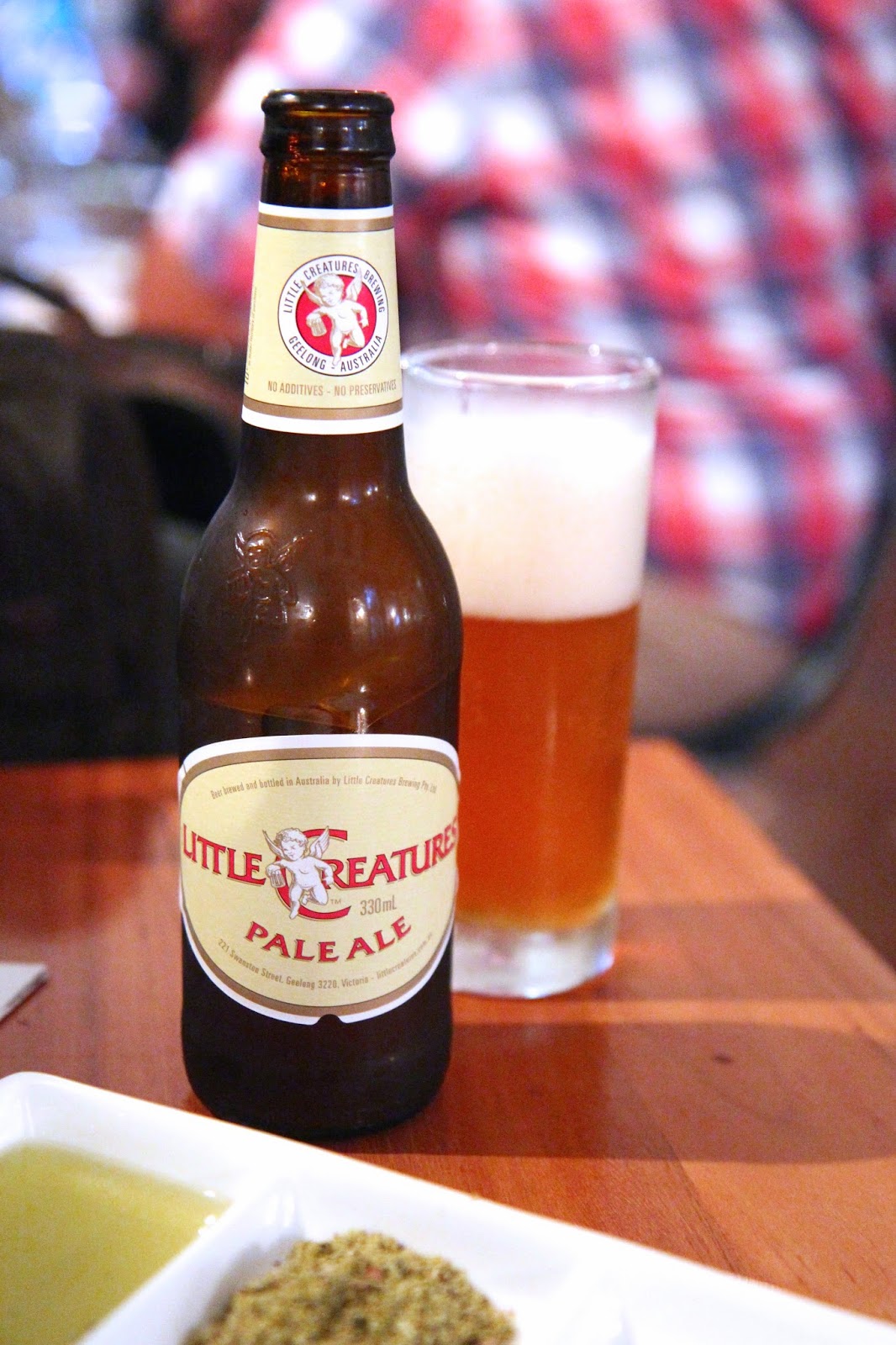 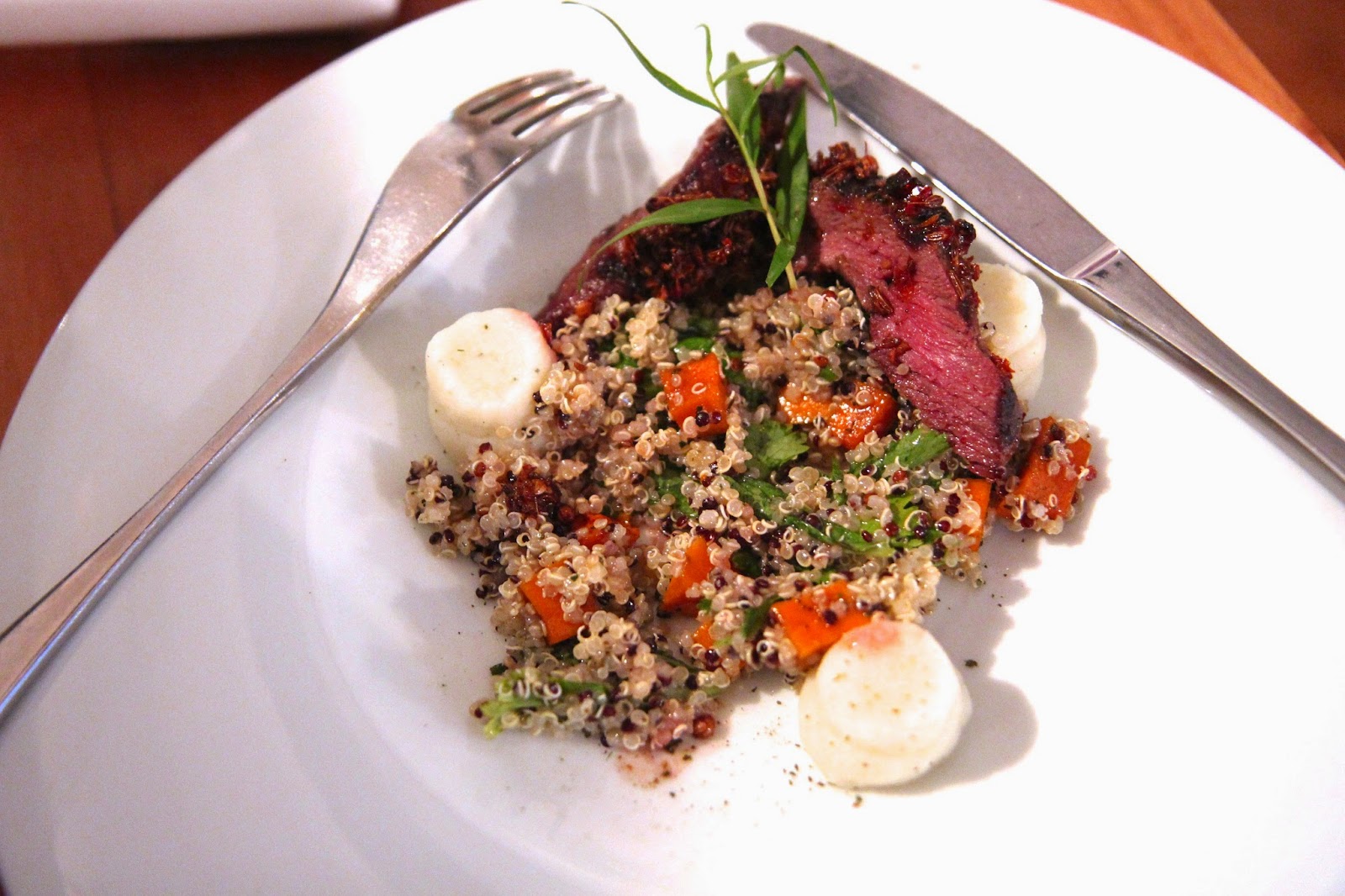 *Quinoa are the seeds of a grain crop, good source of protein, fiber, minerals; generally attributed to South America, specifically Peru, where it was once a staple. 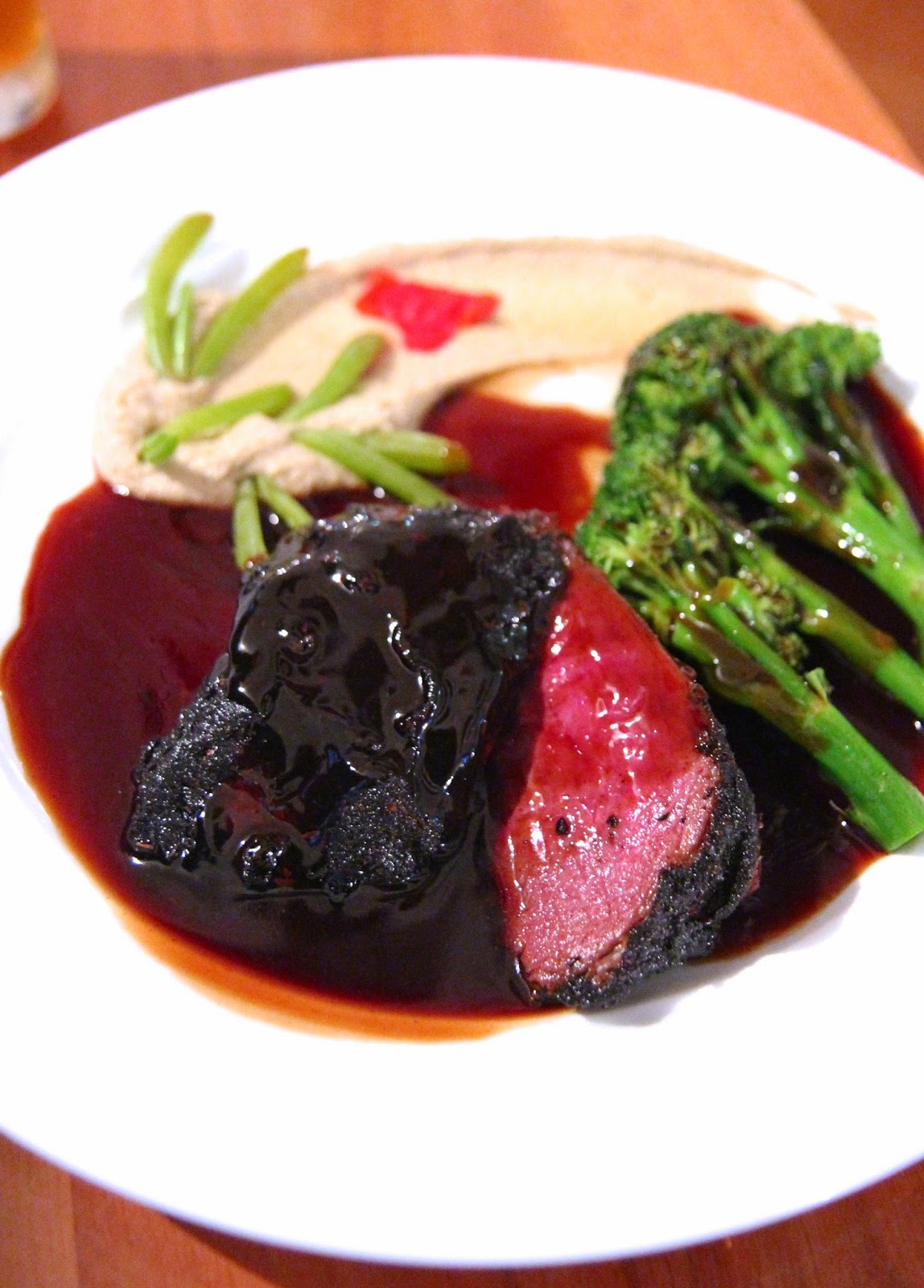 Native Spiced Blackened Emu Fillet (with baba ghanoush, coastal succulents, and broccolini in wild tamarind sauce) (2.5)--like kangaroo, like wallaby, the meat looked/felt/tasted exactly like lean beef; "blackened" = "burnt to a charcoal crisp;" FYI: I'm adding emu to the BY FAUNA list, even though it's not part of the featured item. 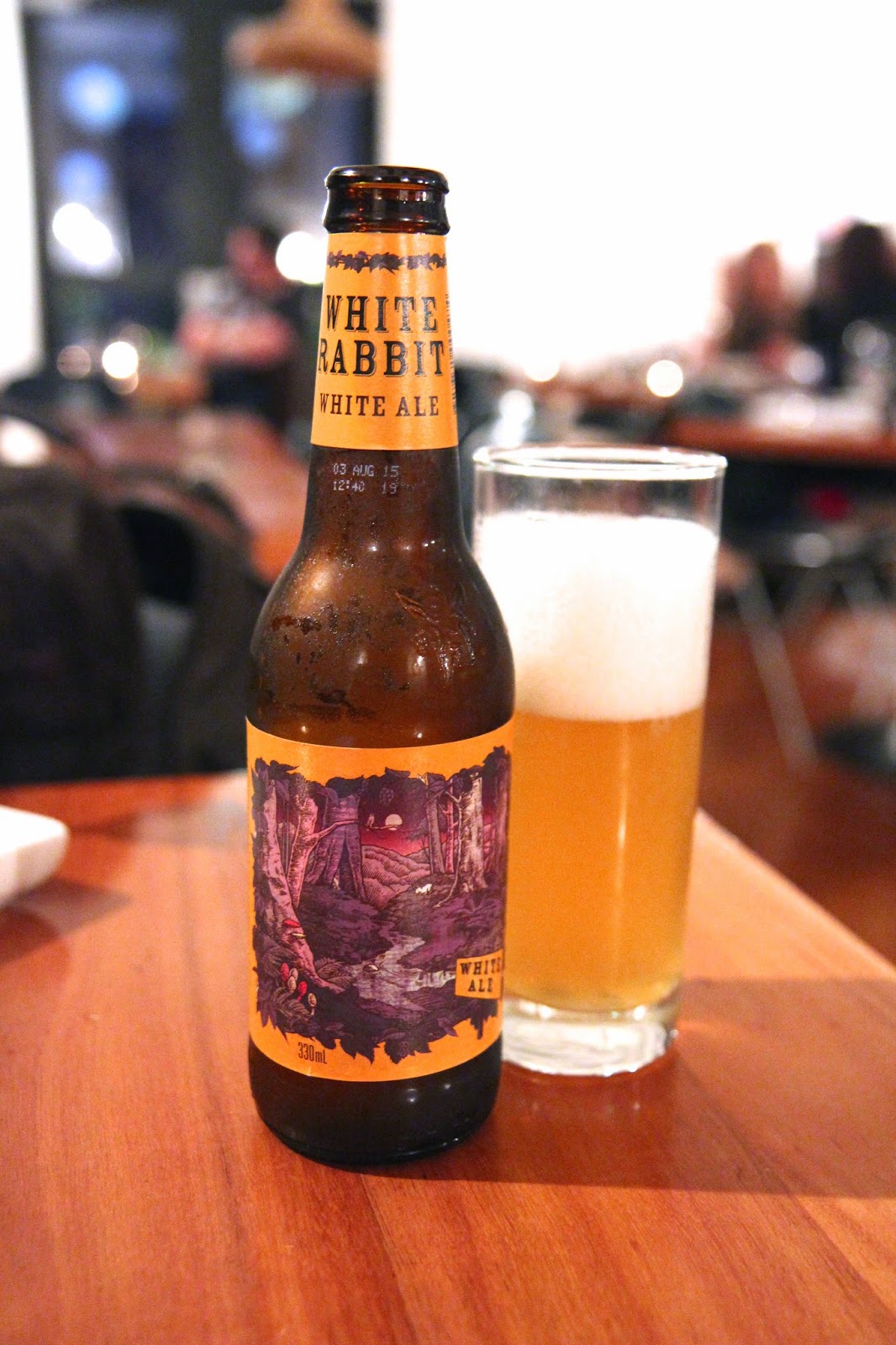 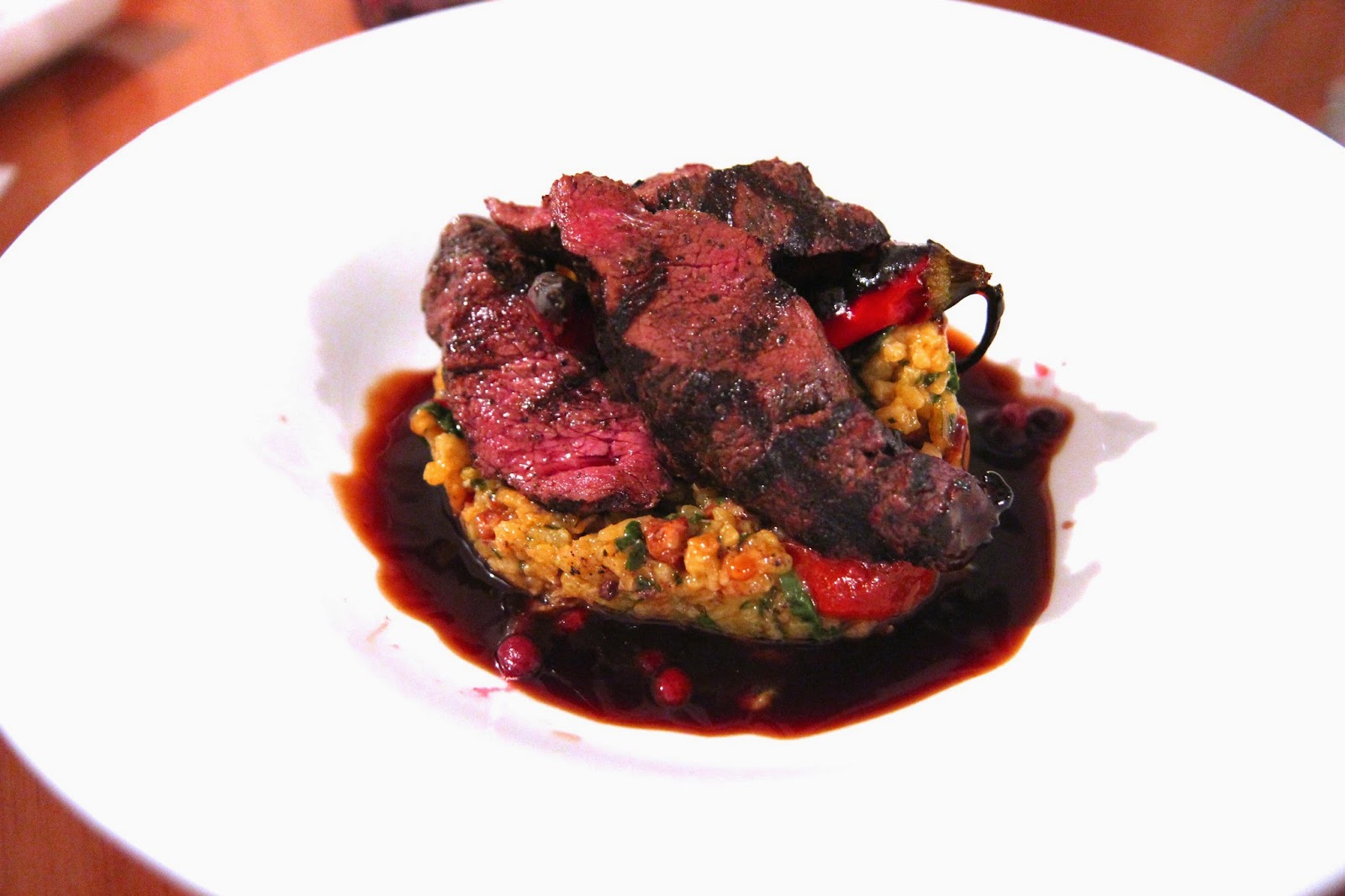