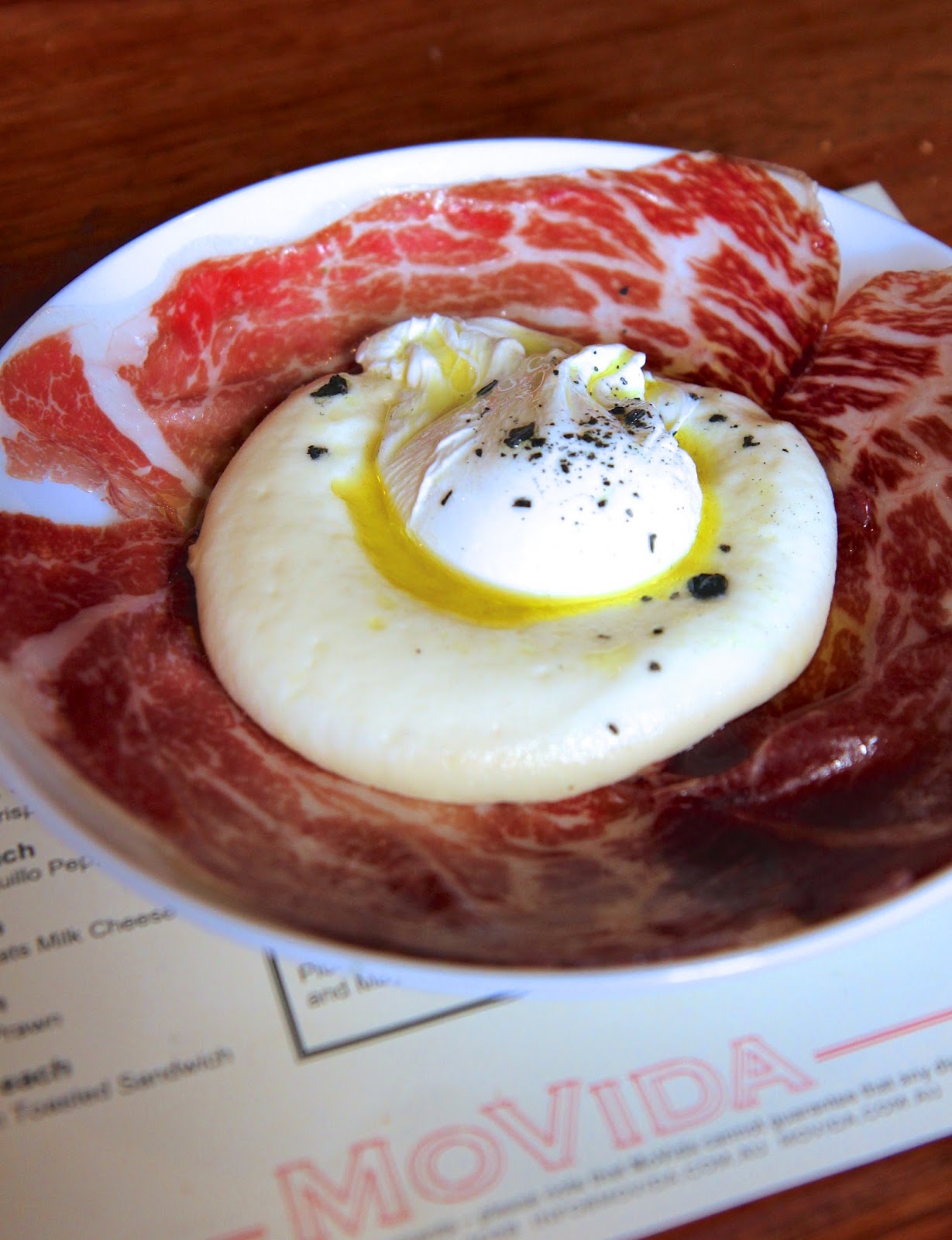 In Melbourne on duty travel.  Participating in a "Training of Trainers" workshop to develop capacity-building programs for government officials towards strengthening their national laws on promoting healthy environments--e.g., tobacco control.  While the workshop wrapped today, I'll be here until Sunday. 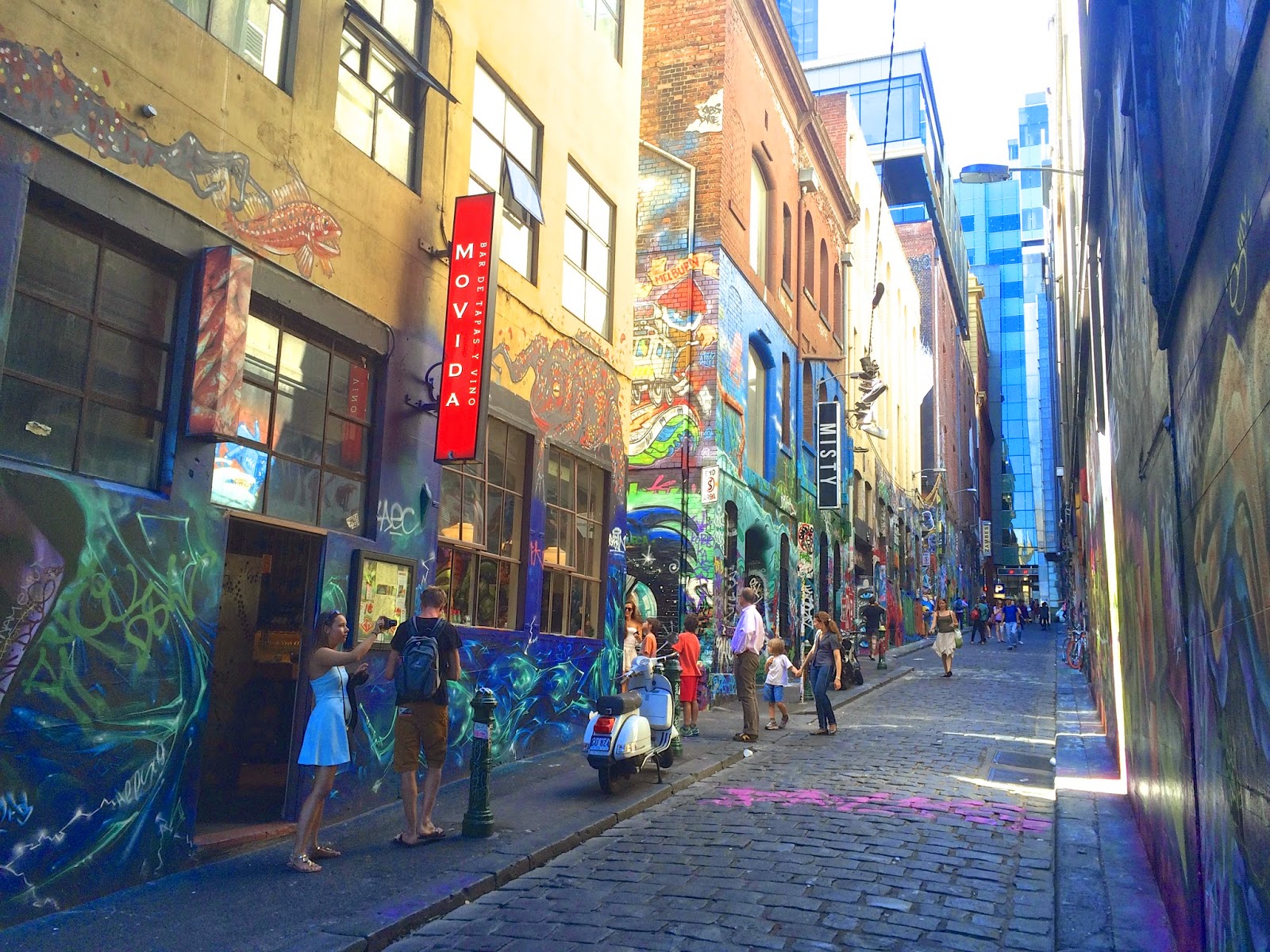 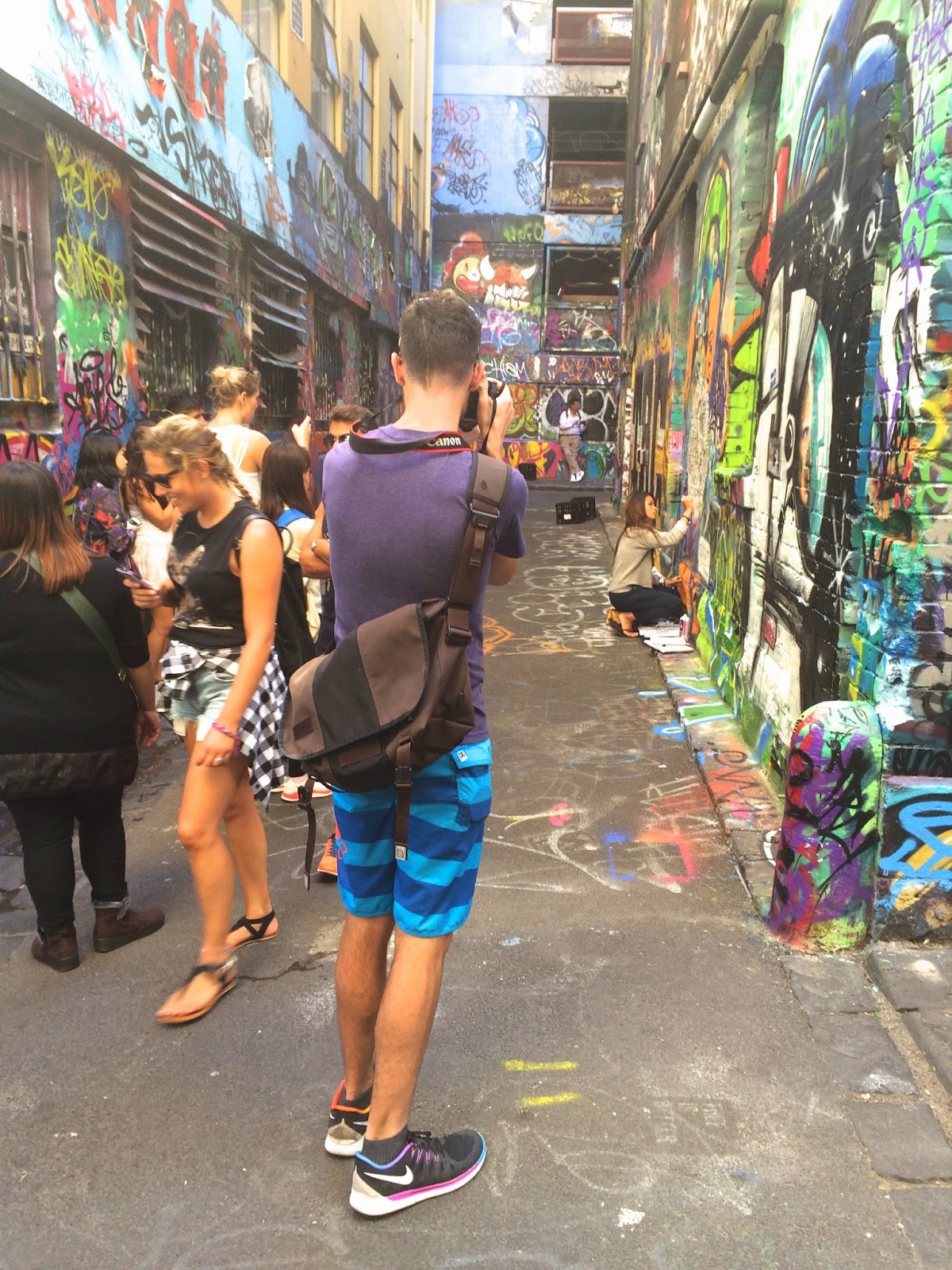 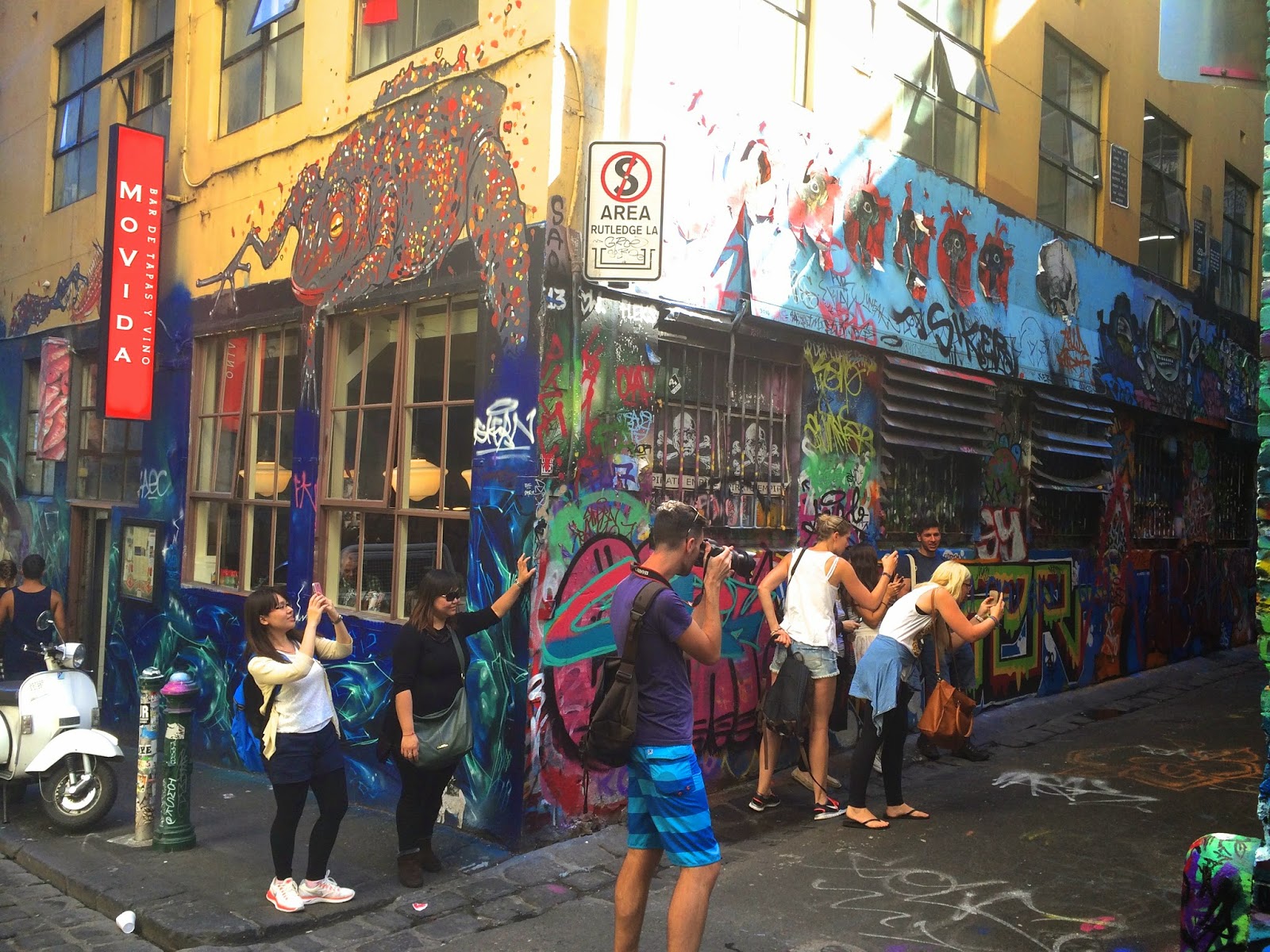 MoVida is a Spanish restaurant.  Flagship location of a growing family that currently includes 5 eateries, 4 in Melbourne, 1 in Sydney.  Ostensibly a tapas bar, with dishes bearing simple/traditional names, though the techniques are much more modern, bordering on the lines of molecular gastronomy. 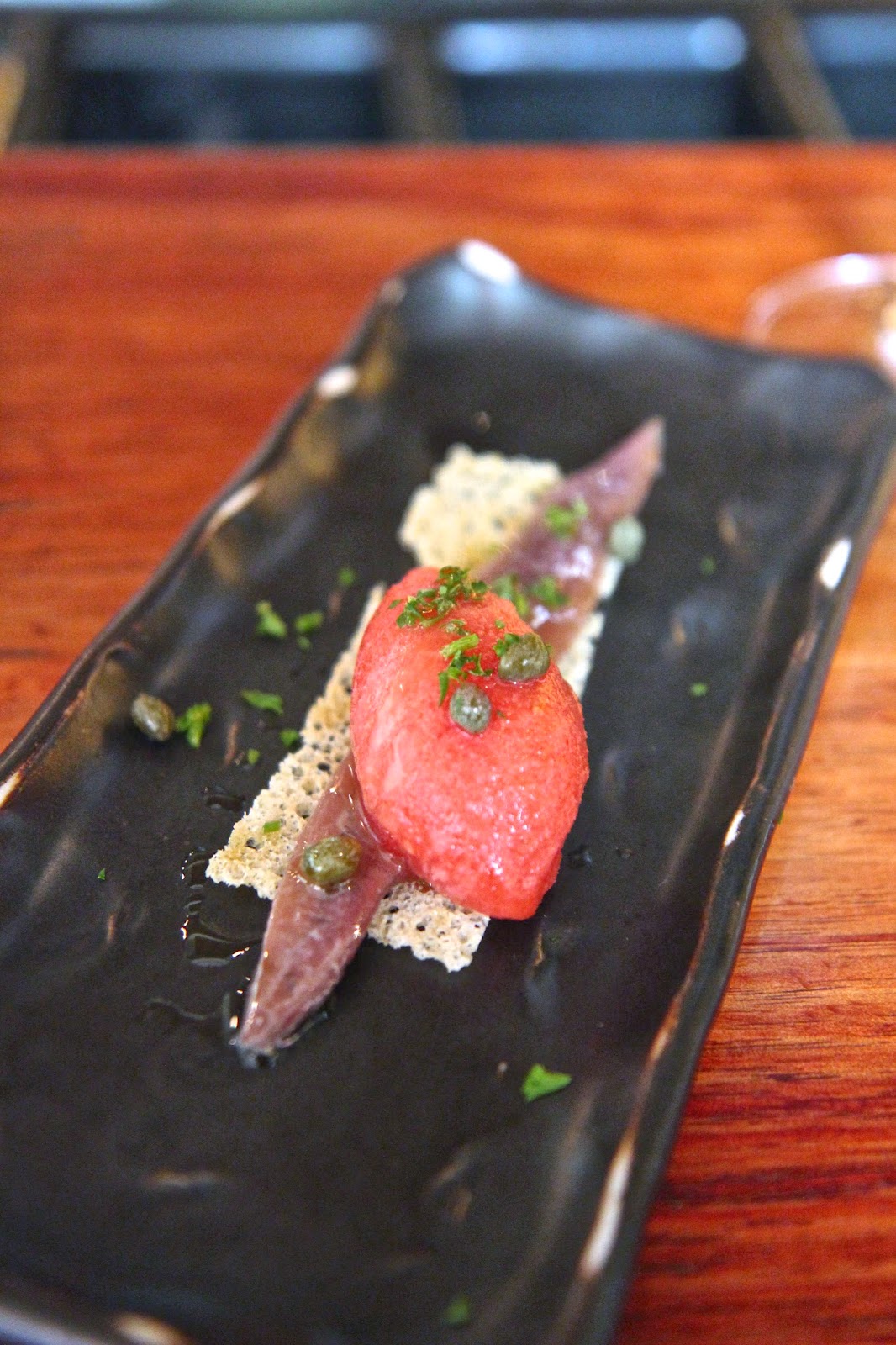 Anchoa (4.0)--according to the menu, "hand-filleted Cantabarian artisan anchovy on crouton with smoked tomato sorbet;" exquisitely contrasting textures: crispy crouton vs pasty anchovy vs slushy sorbet; for the first time ever, I also experienced the wonder of contrasting temperatures: warm vs cold, both in a single bite; harmony of flavors: savory + briny + sweet + tangy. 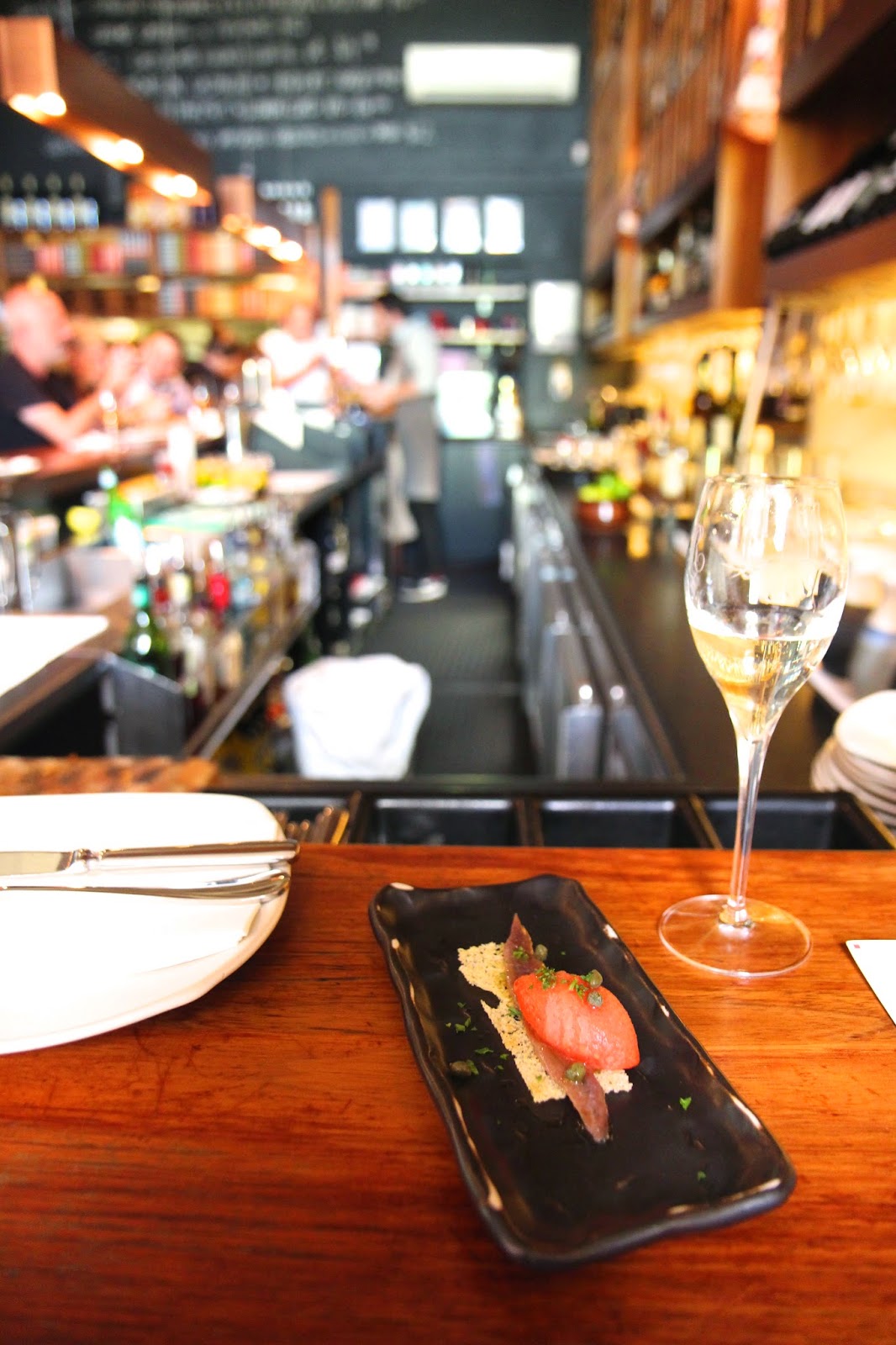 The ambiance was casual sophistication--my kind of place. Mejillones al Gazpachuelo (3.5)--"pickled spring bay mussels in an almond and mayonnaise sauce;" mussels themselves were just okay, but the delectable creamy vs sour sauce demanded several pieces of bread, which I'd previously declined on the grounds of "wouldn't want to fill up on bread." 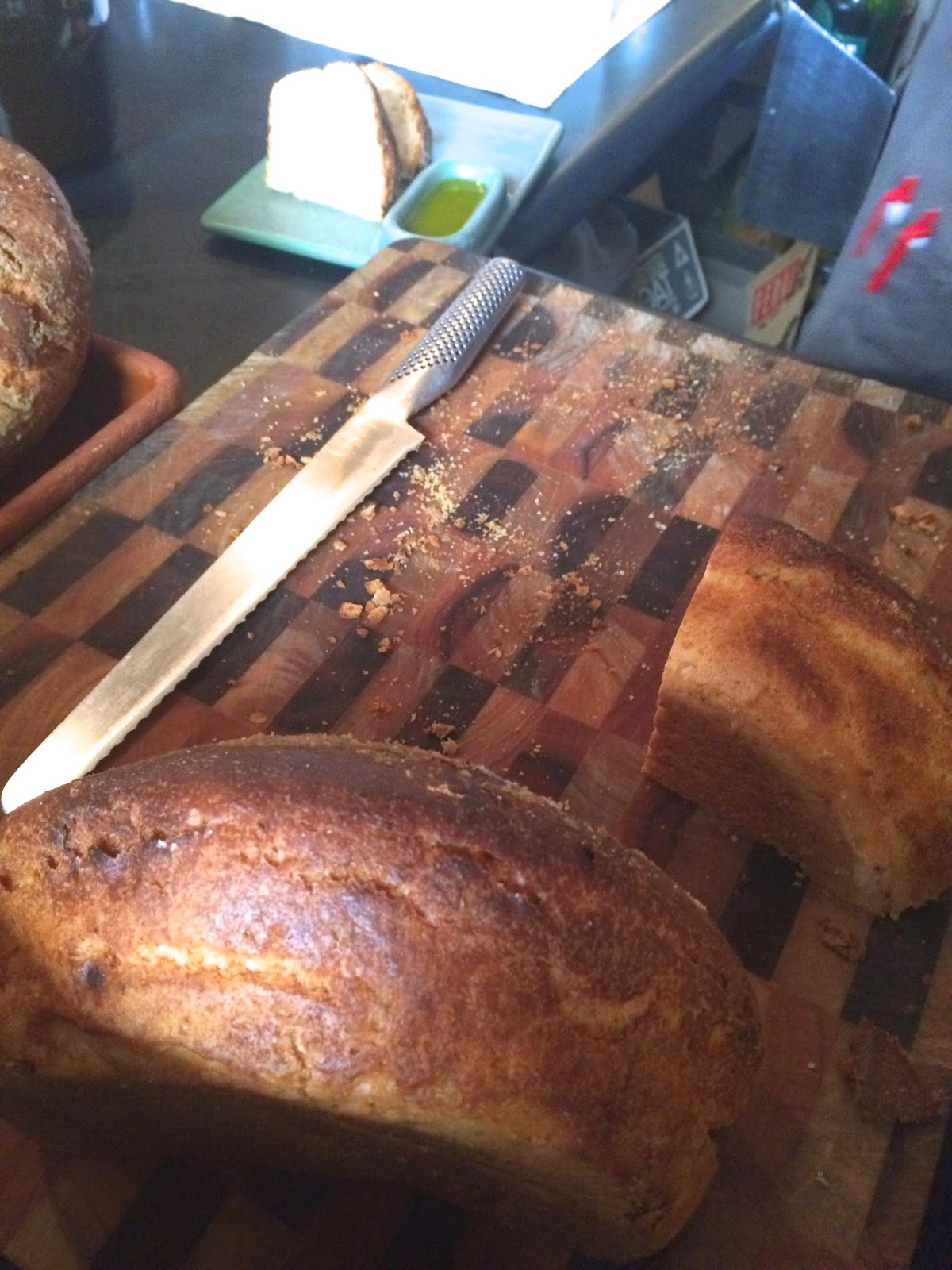 And yes, of course, the bread--baked on the premises--was excellent: rich and rustic; I use that same bread knife.

Cecina* is a Spanish method of curing meat.  Typically consists of beef or horse--Carmen informs me that it's horse by default in Madrid--which is salted and air-dried or smoked.  Essentially the same thing as jamon. 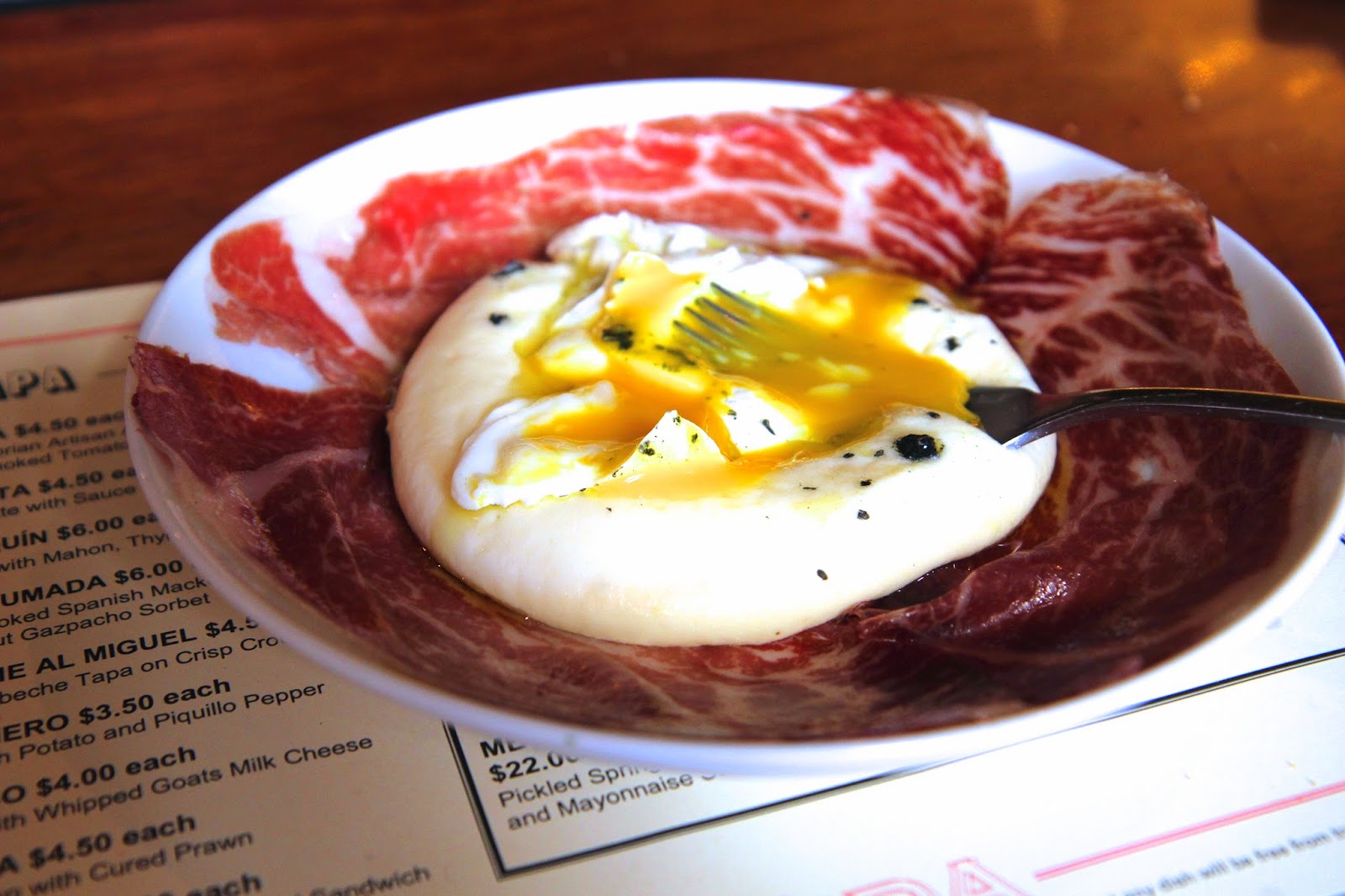 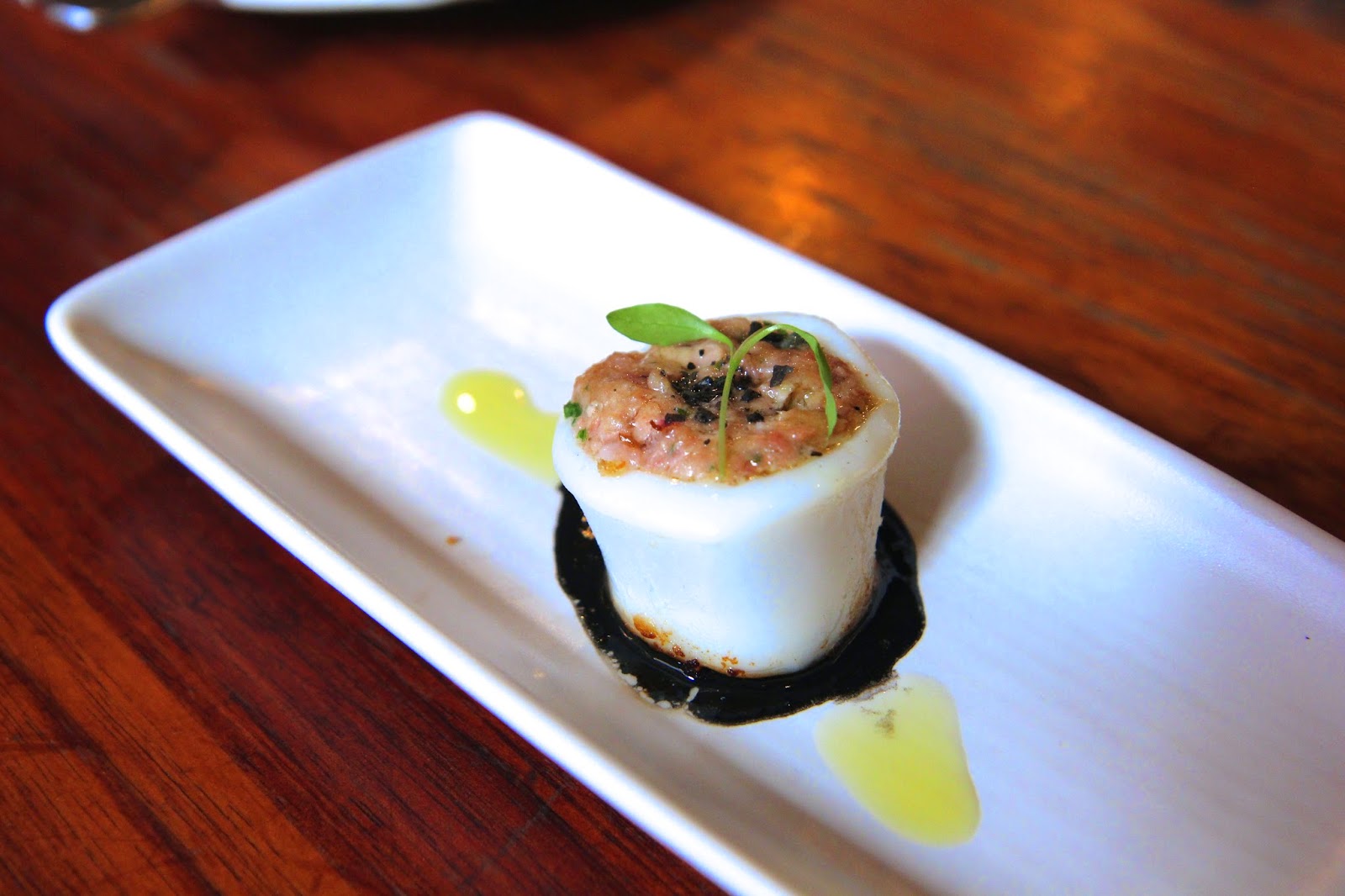 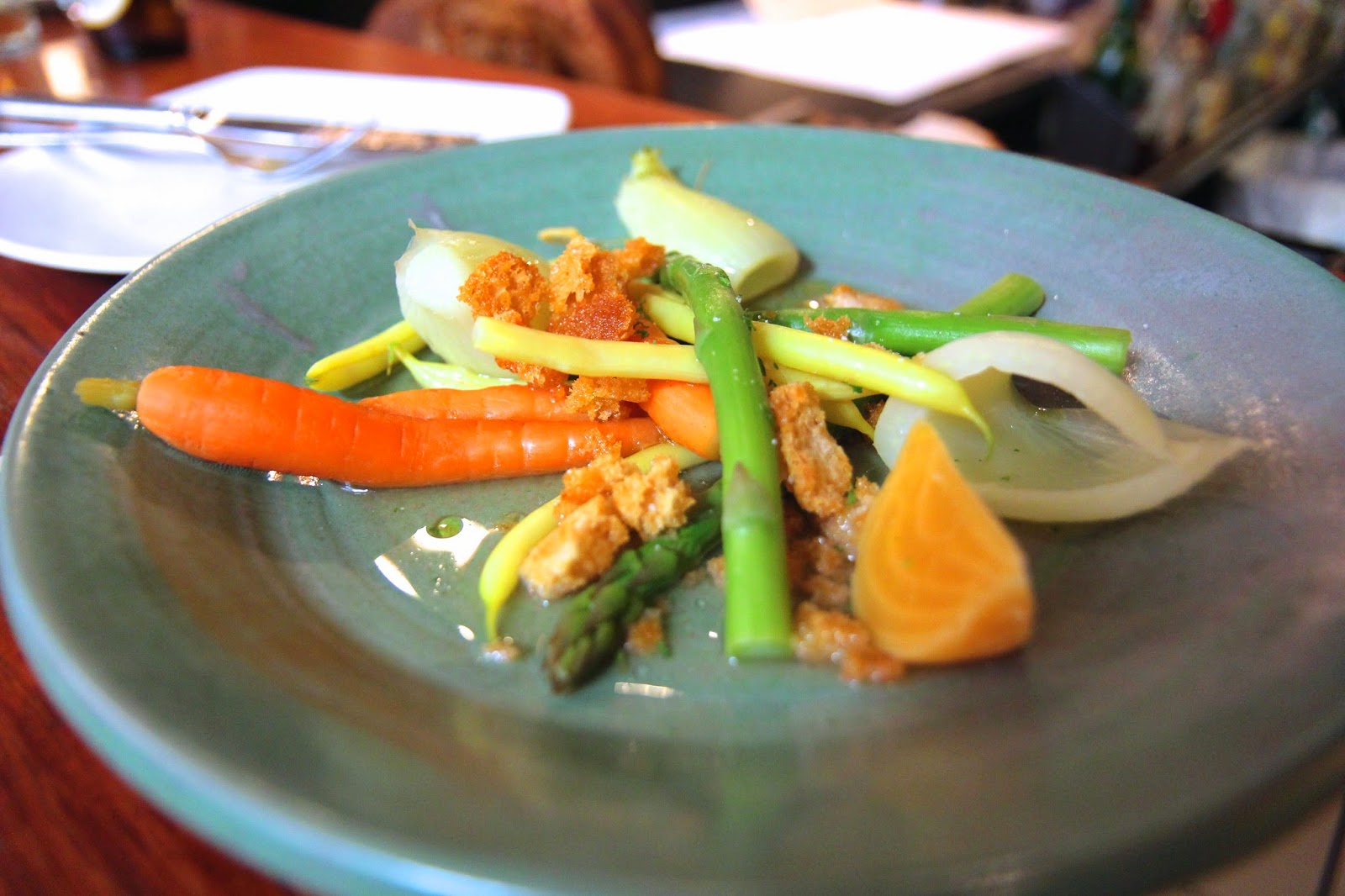 The highlight was the cecina.  All about texture.  The meat itself had a silky quality similar to that of jamon, but much more moist and delicate, being beef, not stringy, as pork can be.  The foam consisted of whipped potatoes, impossibly velvety and fluffy.  And the egg, poached to squishy and gooey perfection.  Like sleeping on a water bed with goose down pillows and silk sheets, obscenely luxurious, each element remaining distinct, yet synergizing to the point of dizziness.  The most amazing mouthfeel that I've ever experienced.  In terms of taste, the natural flavors of the components were left to speak for themselves, enhanced by occasional bursts of stinky/woodsy from the black truffle flecks.  A-W-E-S-O-M-E, literally. 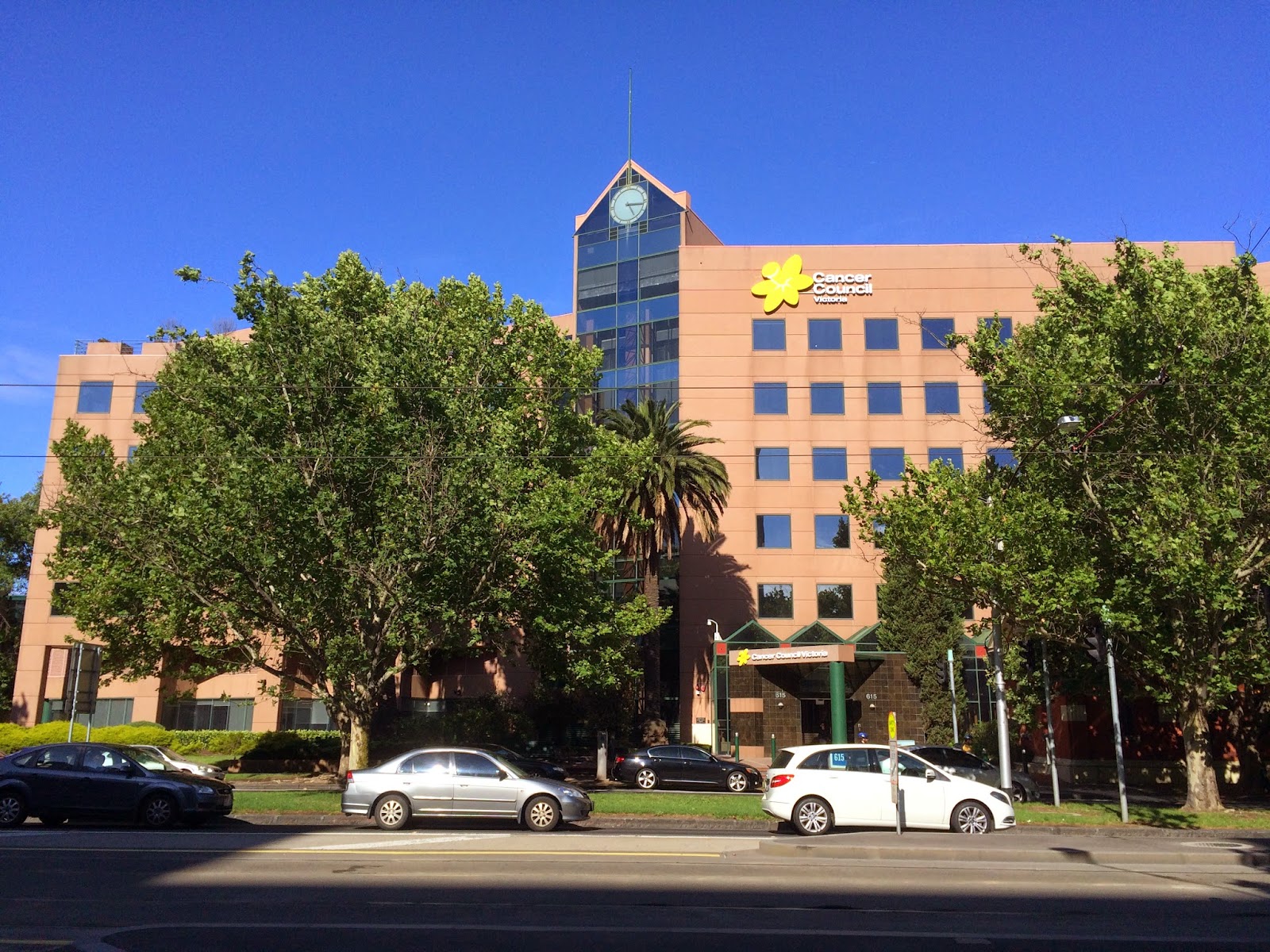 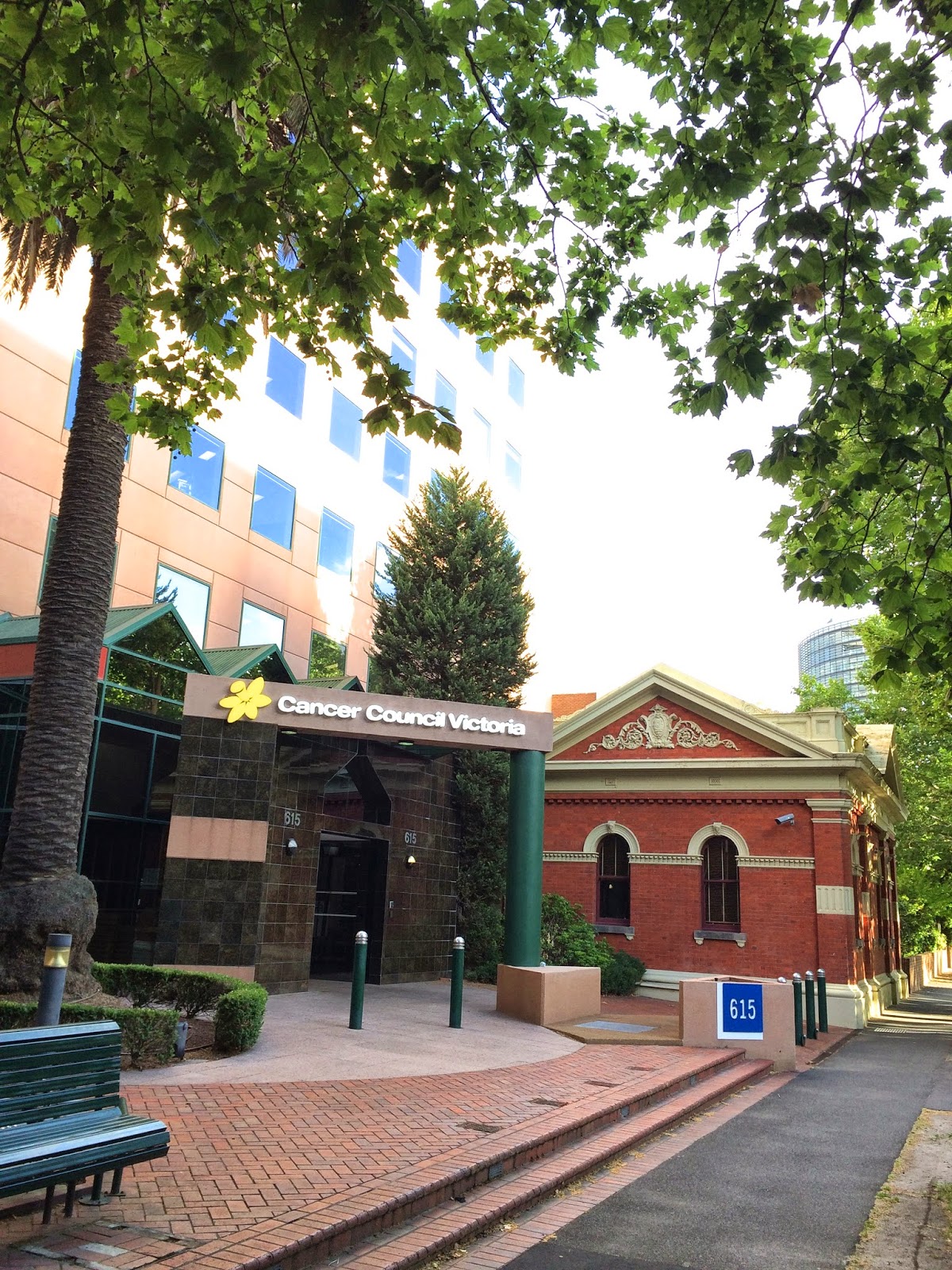 *I had no idea that certain consonants in Spanish, when combined with certain vowels, produce the voiceless dental fricative (i.e., the "th" sound in "thing").  Including "ce" and "ci," which means that "cecina" = "theh-thee-nah," not "seh-see-na," and "Barcelona" = "bar-theh-loh-nah."  Same with "za," which means that "Zara" = "thah-rah." 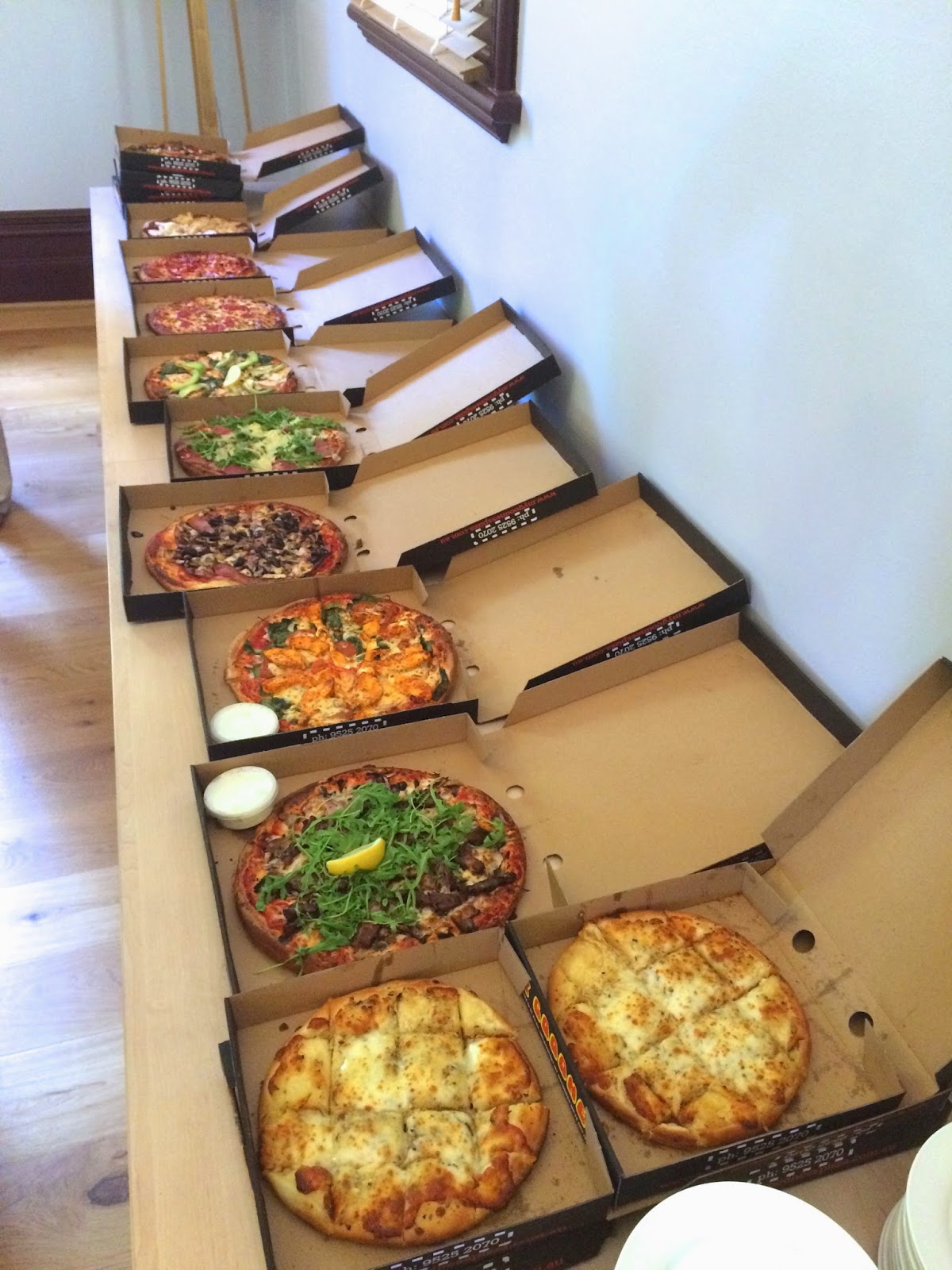 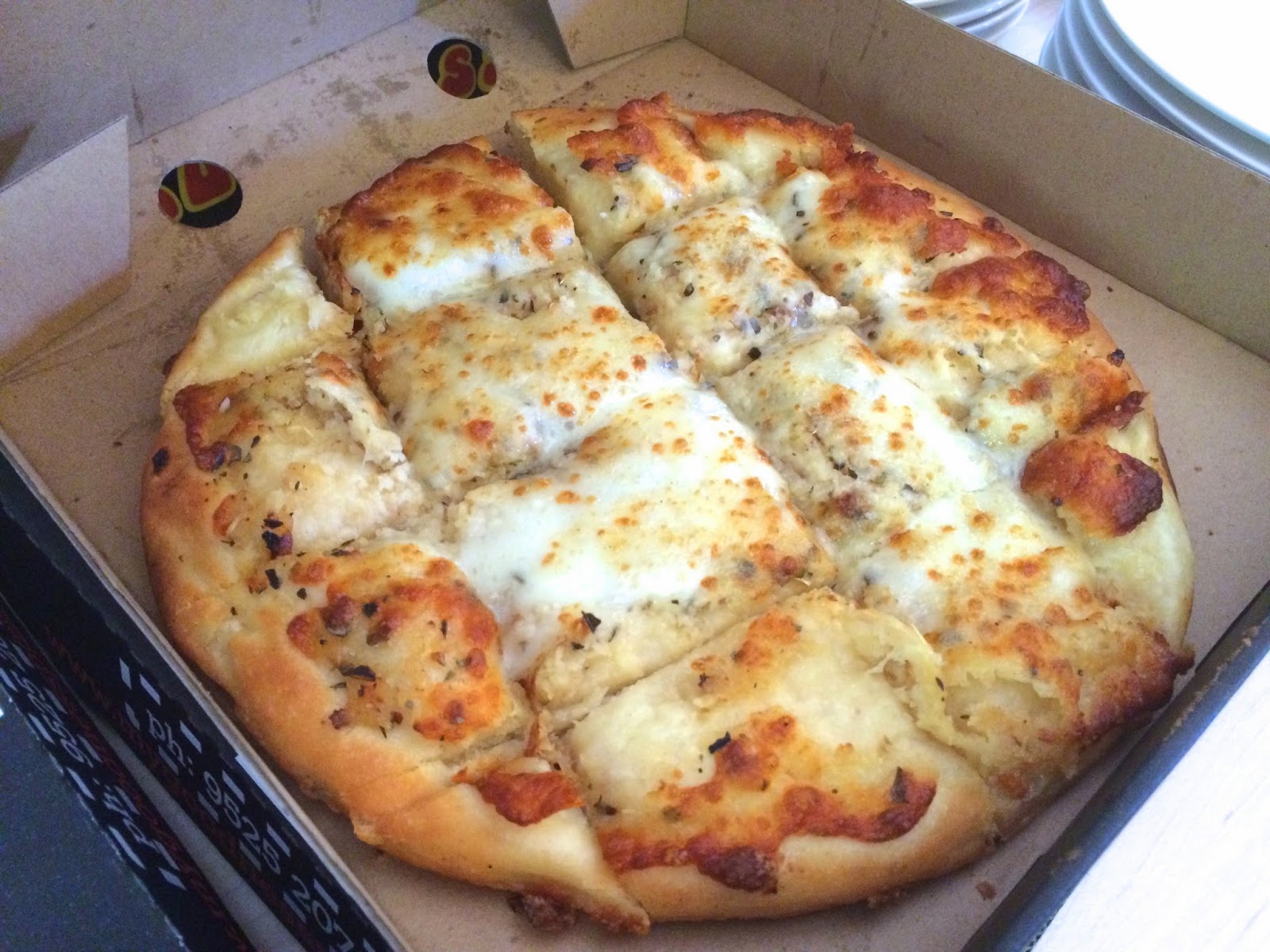 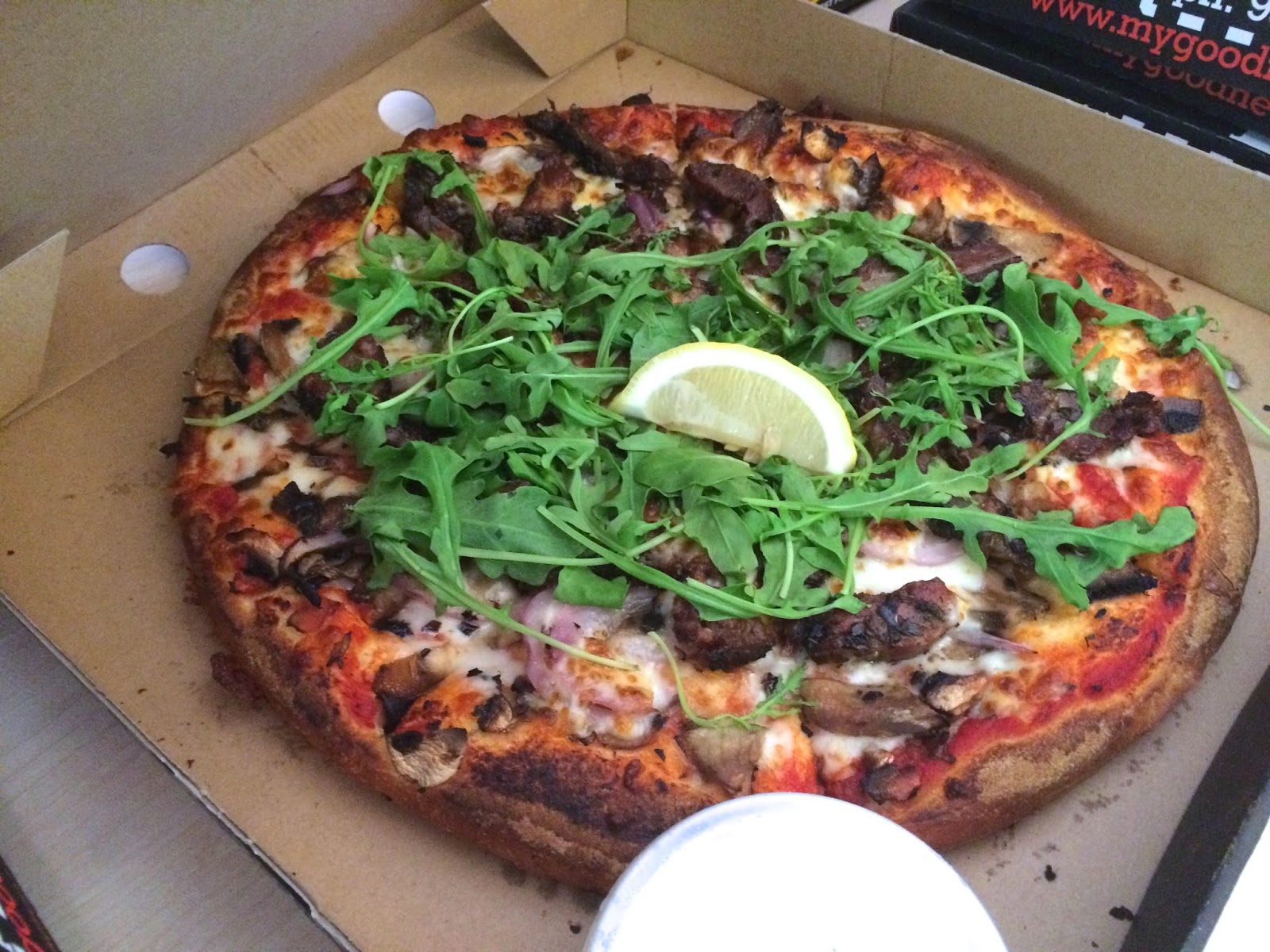 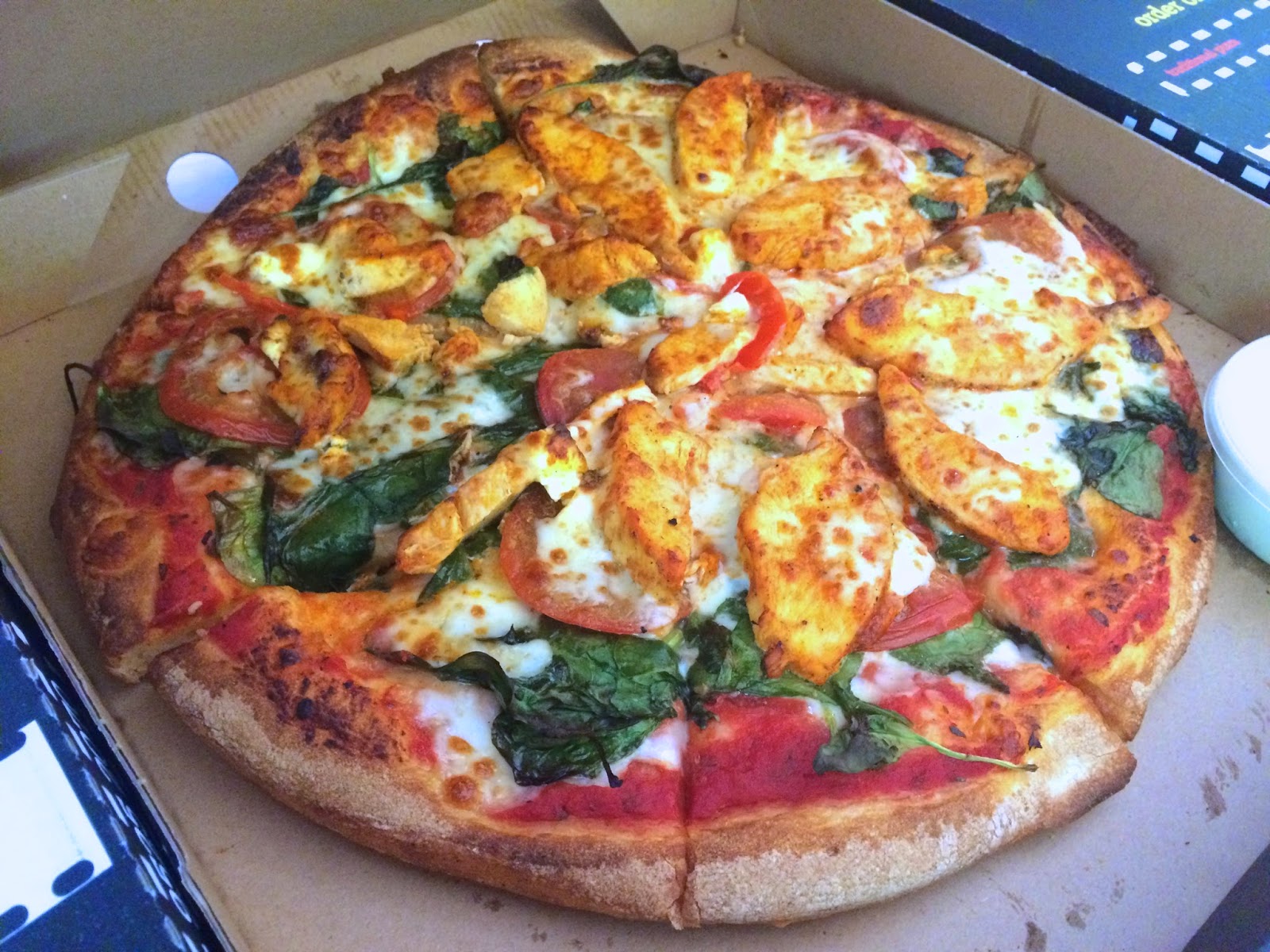 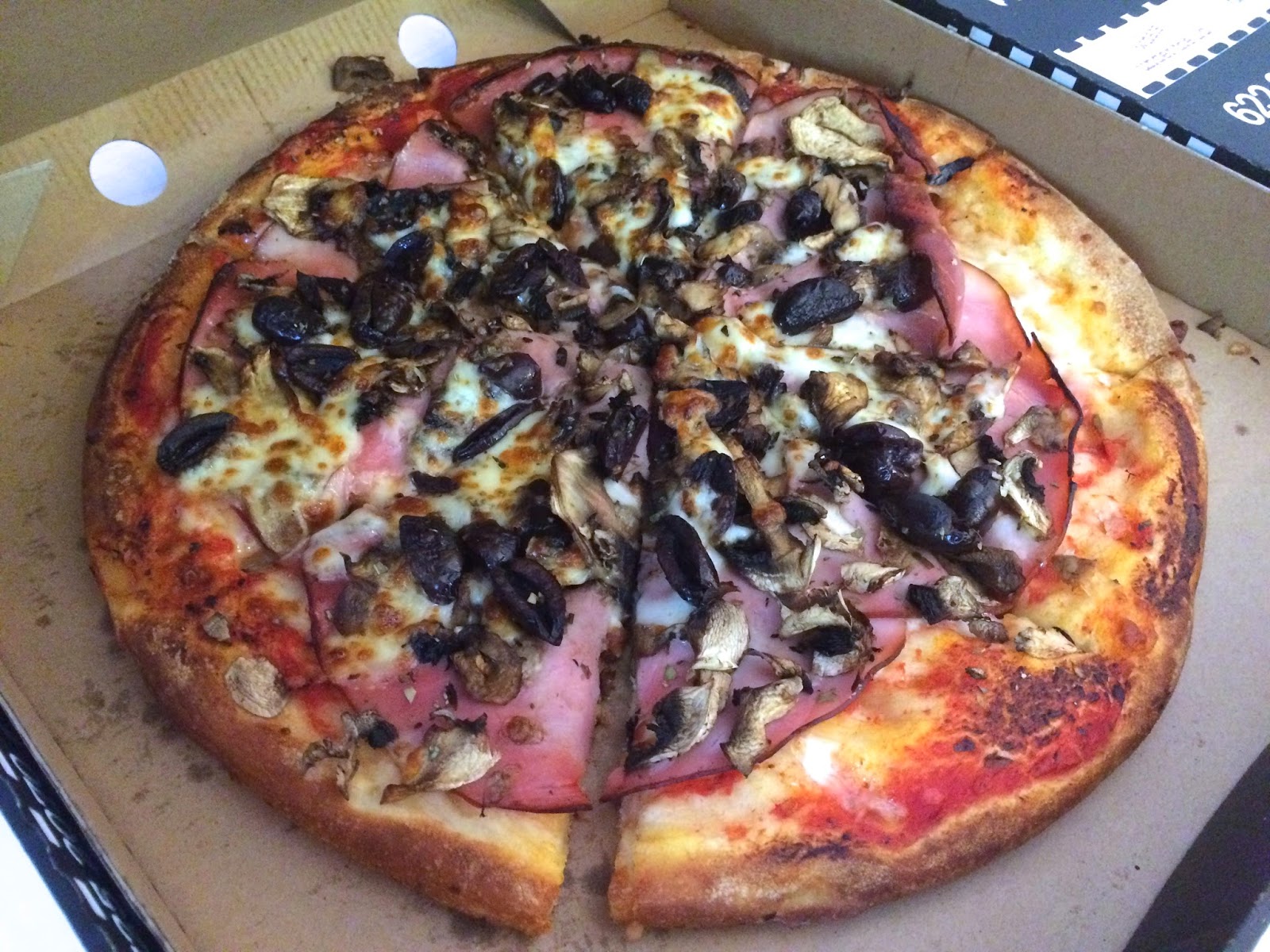 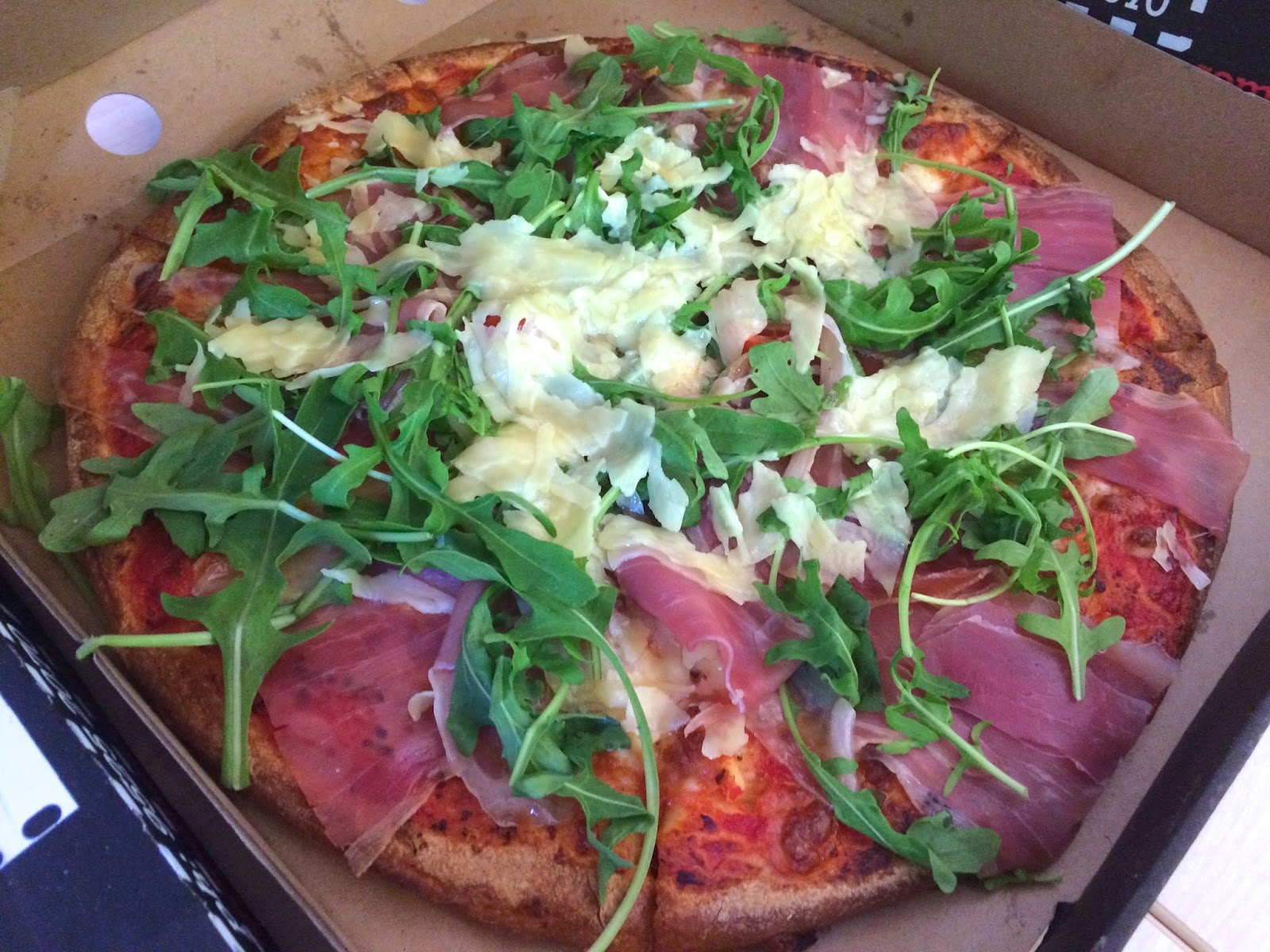 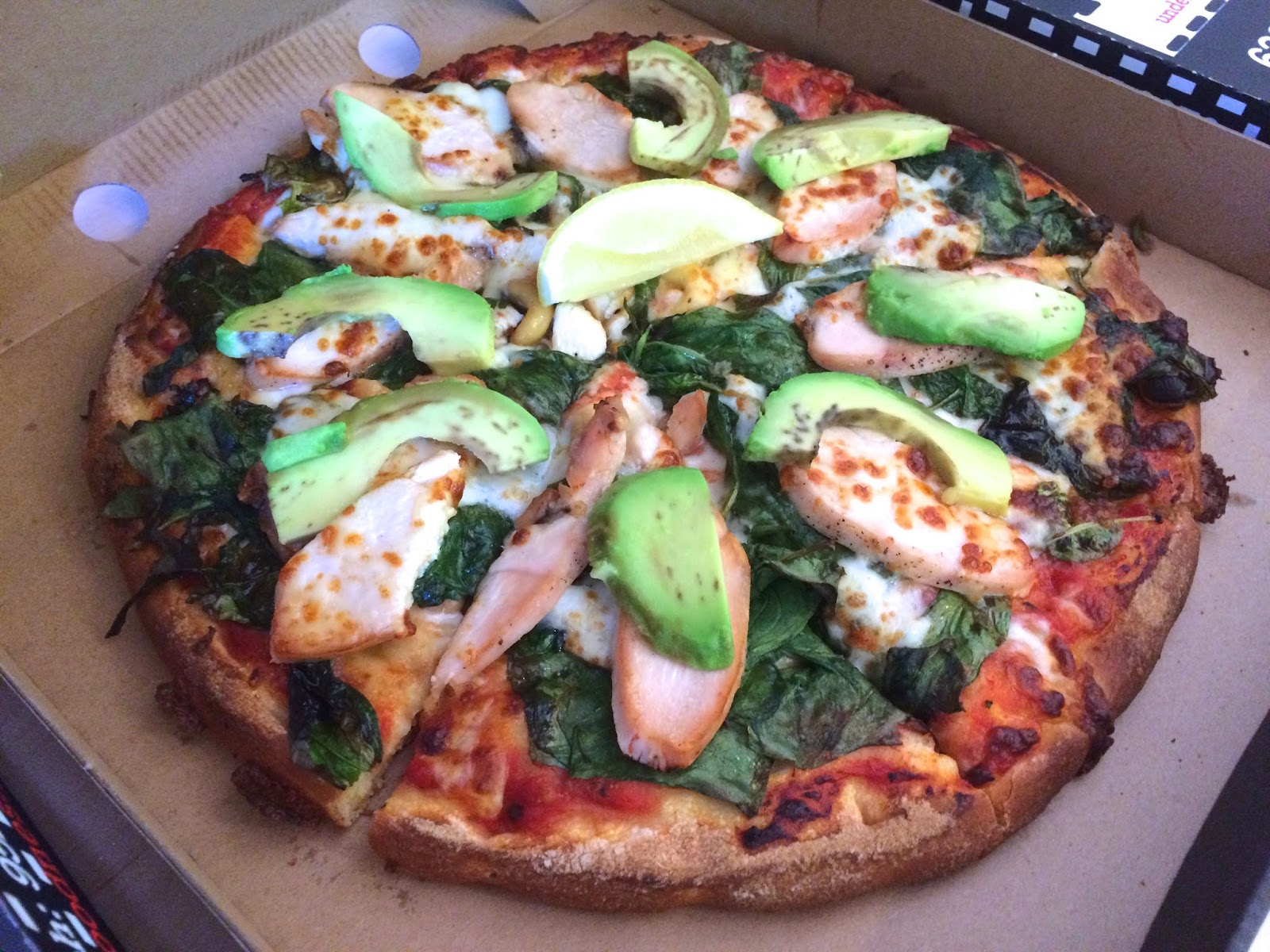 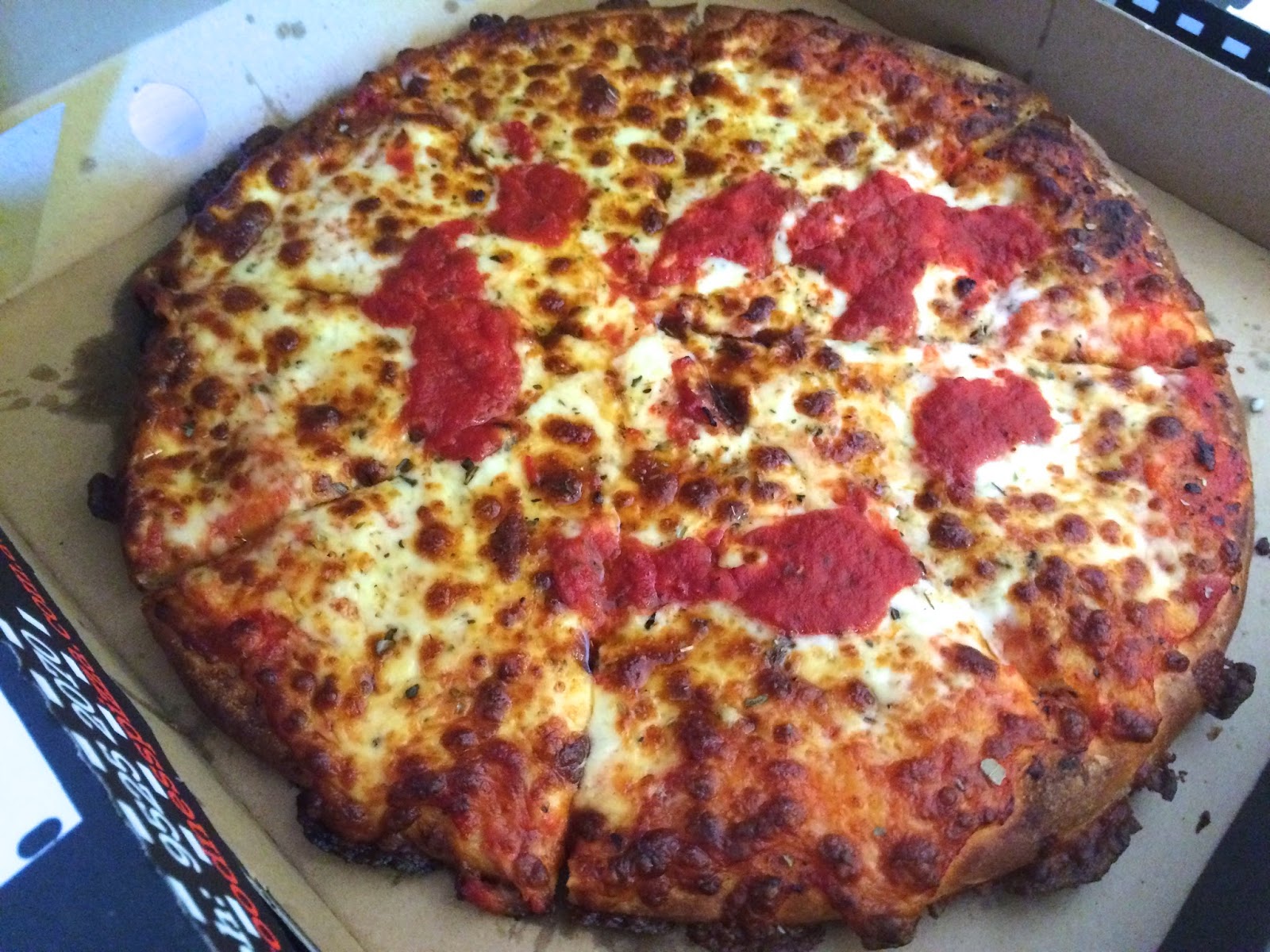 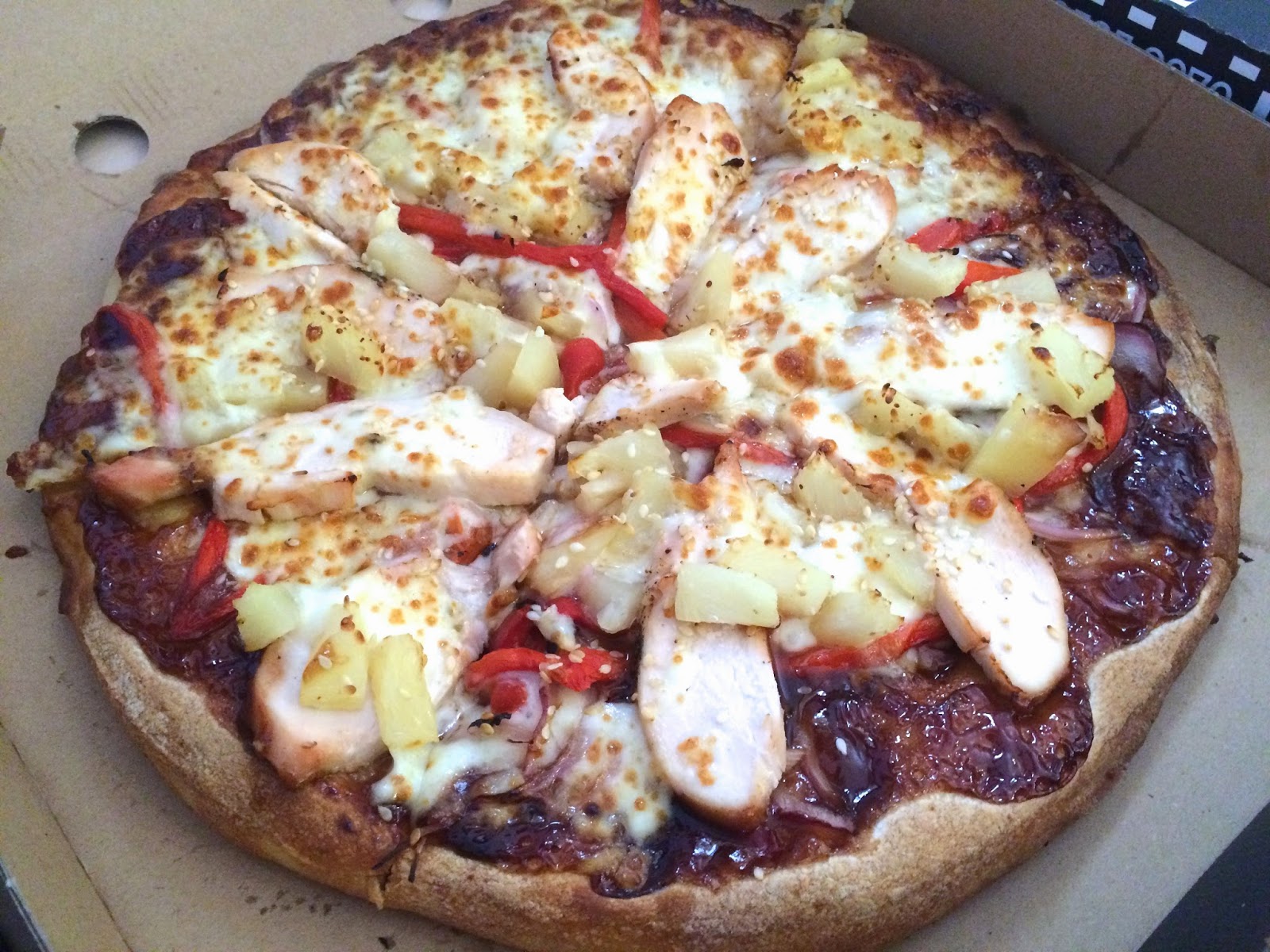 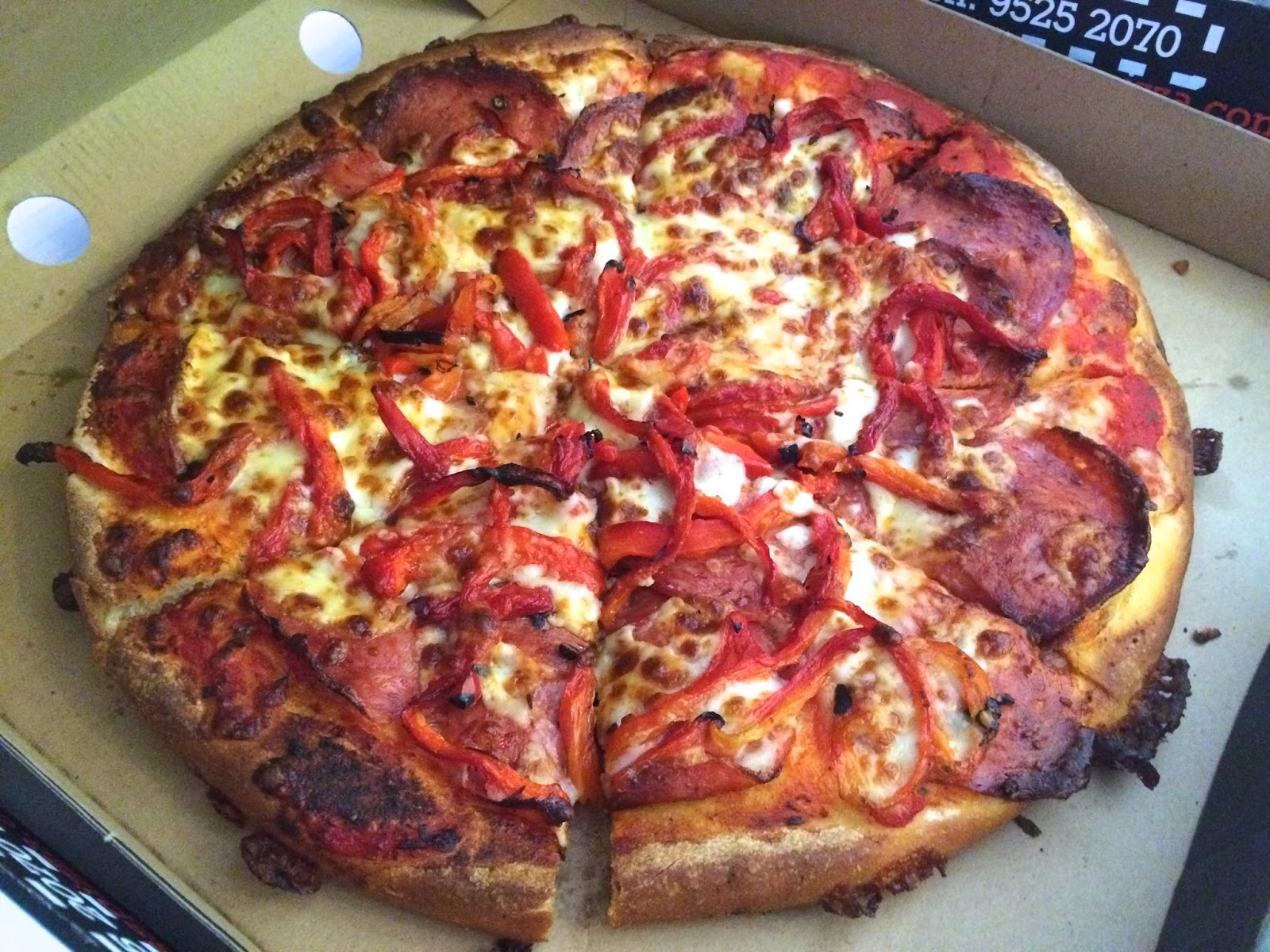 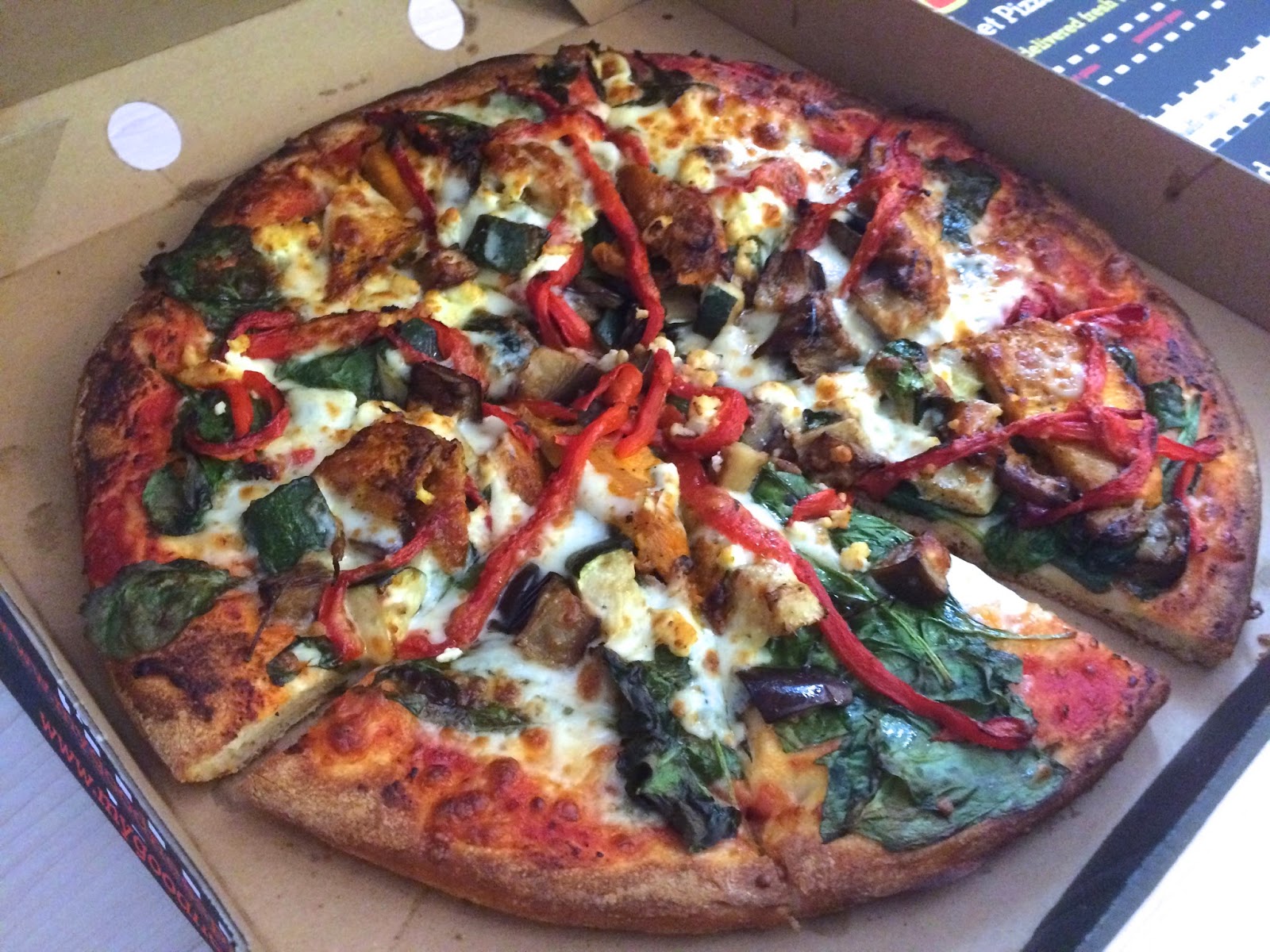 Earlier in the day, the hosts of the workshop ordered pizza for lunch to celebrate the final day.  They'd fed and taken care of us beyond expectation throughout the week--thank you for that!--so the hospitality per se wasn't that surprising, but we were all stunned by the variety.  The spread was a testament both to the centre's graciousness and the city's love of food. 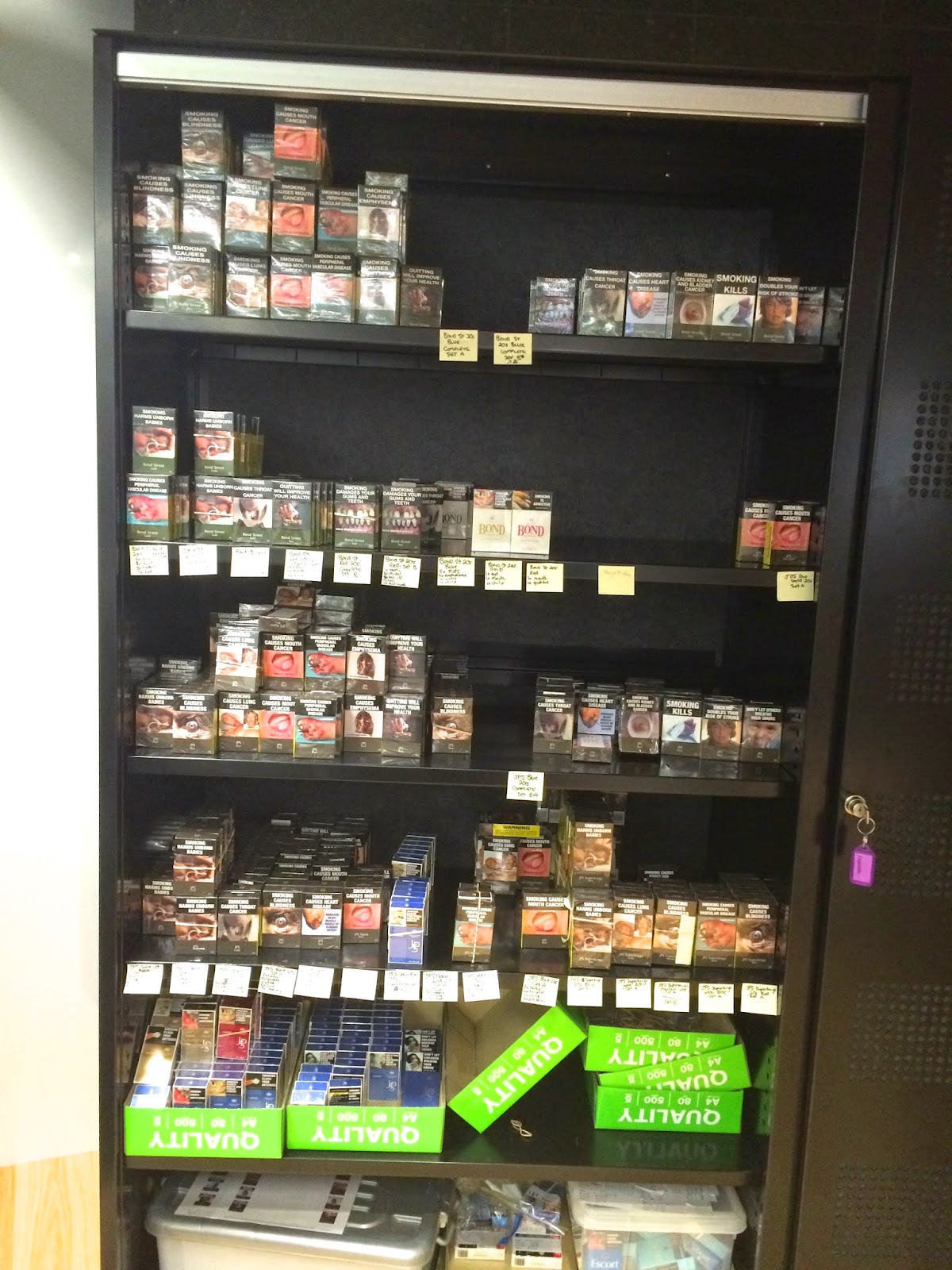 The centre's collection of cigarette packs in plain packaging--what every country should aspire to, just before banning tobacco outright.