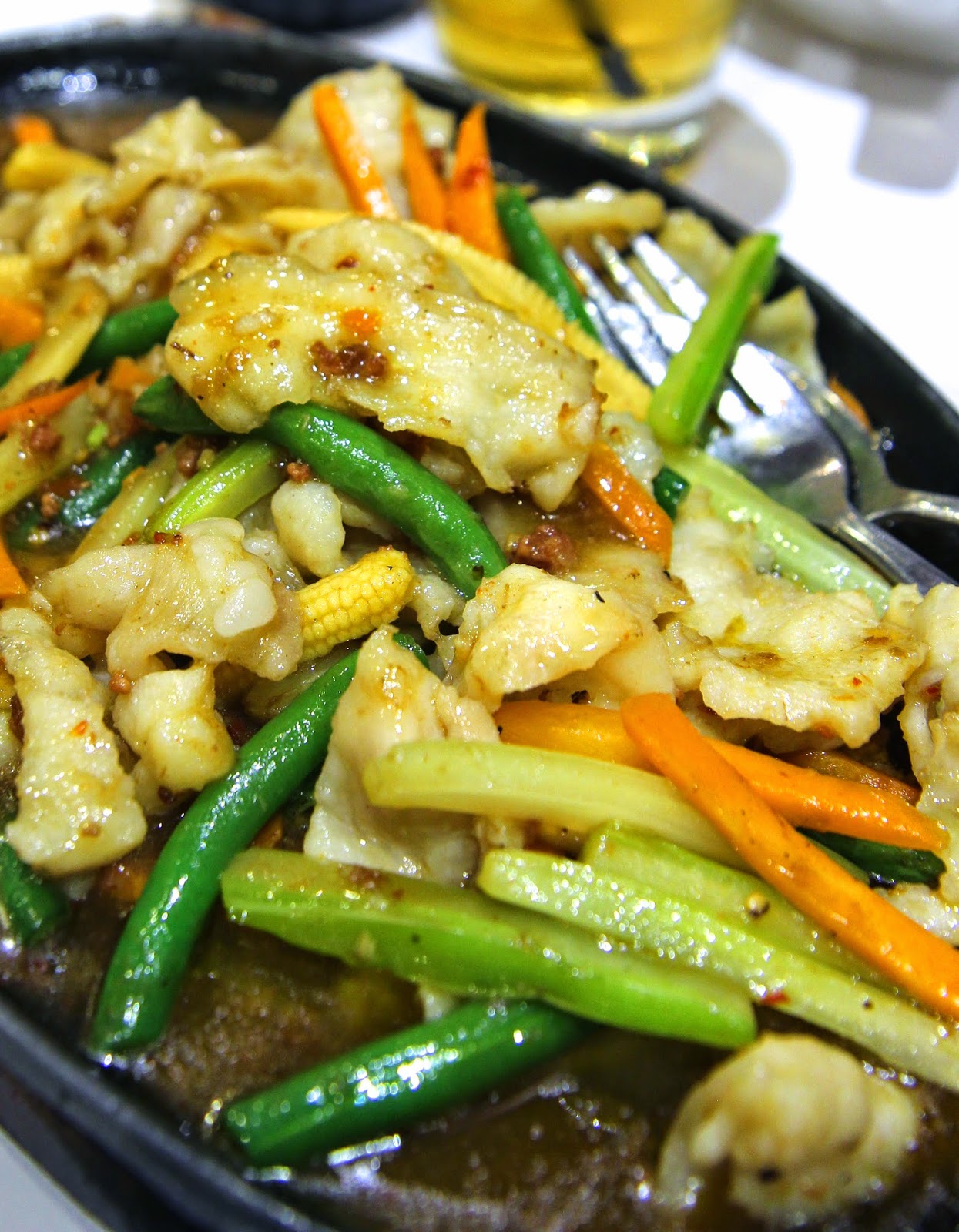 In Melbourne on duty travel.  Participated this past week in a "Training of Trainers" workshop to develop capacity-building programs for government officials towards strengthening their national laws on promoting healthy environments--e.g., re tobacco control.  The workshop ended yesterday, but I'm extending my stay through the weekend on a personal excursion--no particular plans, just taking advantage of the opportunity to be here as long as possible, if only a day longer--departing tomorrow morning. 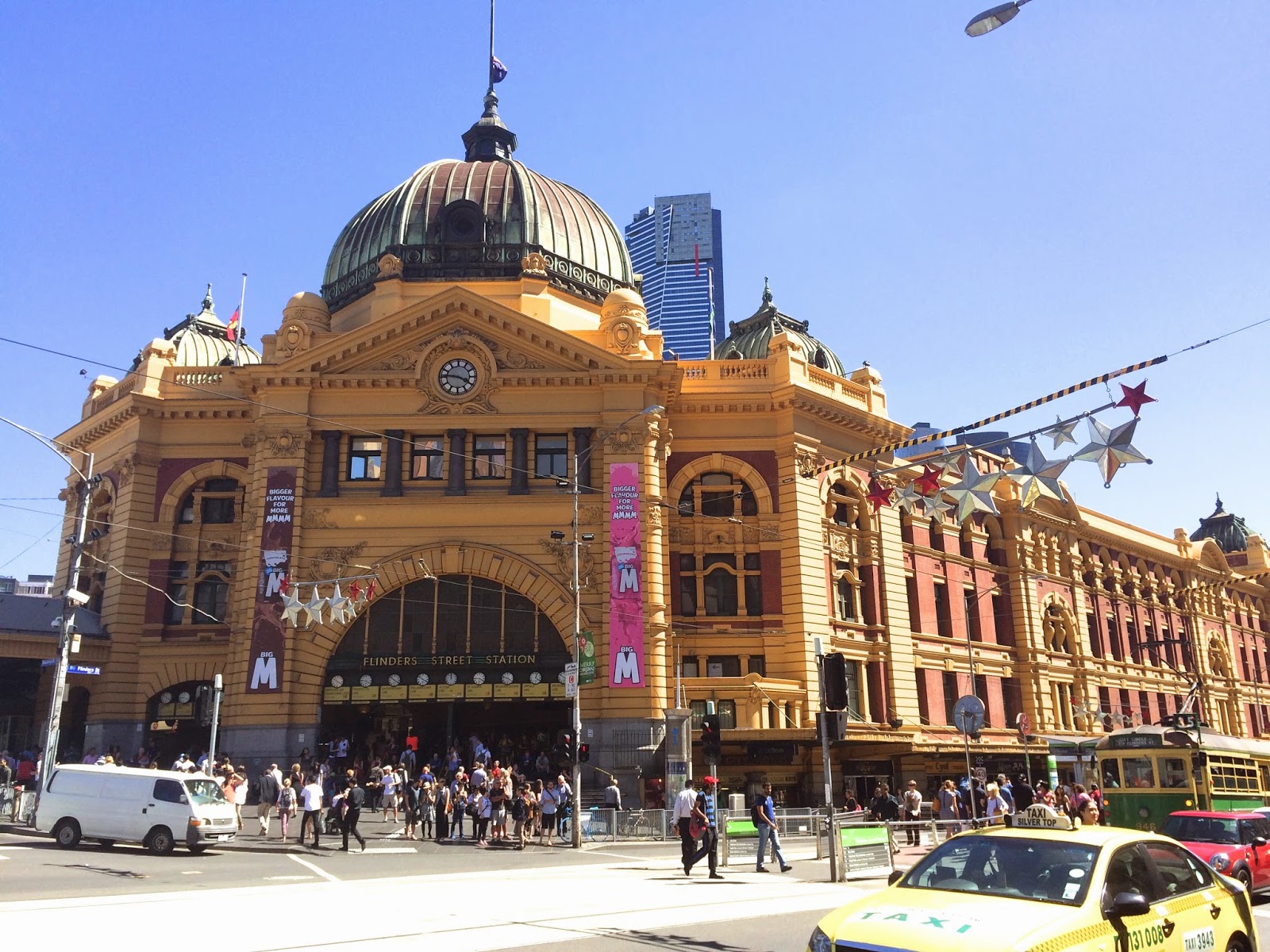 The extra day allowed me to experience three additional meals.

For starters, I added to the list of cities outside of Korea where I've eaten in a Korean restaurant.  Including Melbourne, Australia, the total is now 19 cities in 12 countries (see most previously 5.286 Chili Mango Prawns...).


The plan had been to eat elsewhere, but by the time that I got my ass out of bed* and made it downtown, a bit past 14:00, the places that I'd researched were closed the midday break, so I had to settle for whatever I could find. 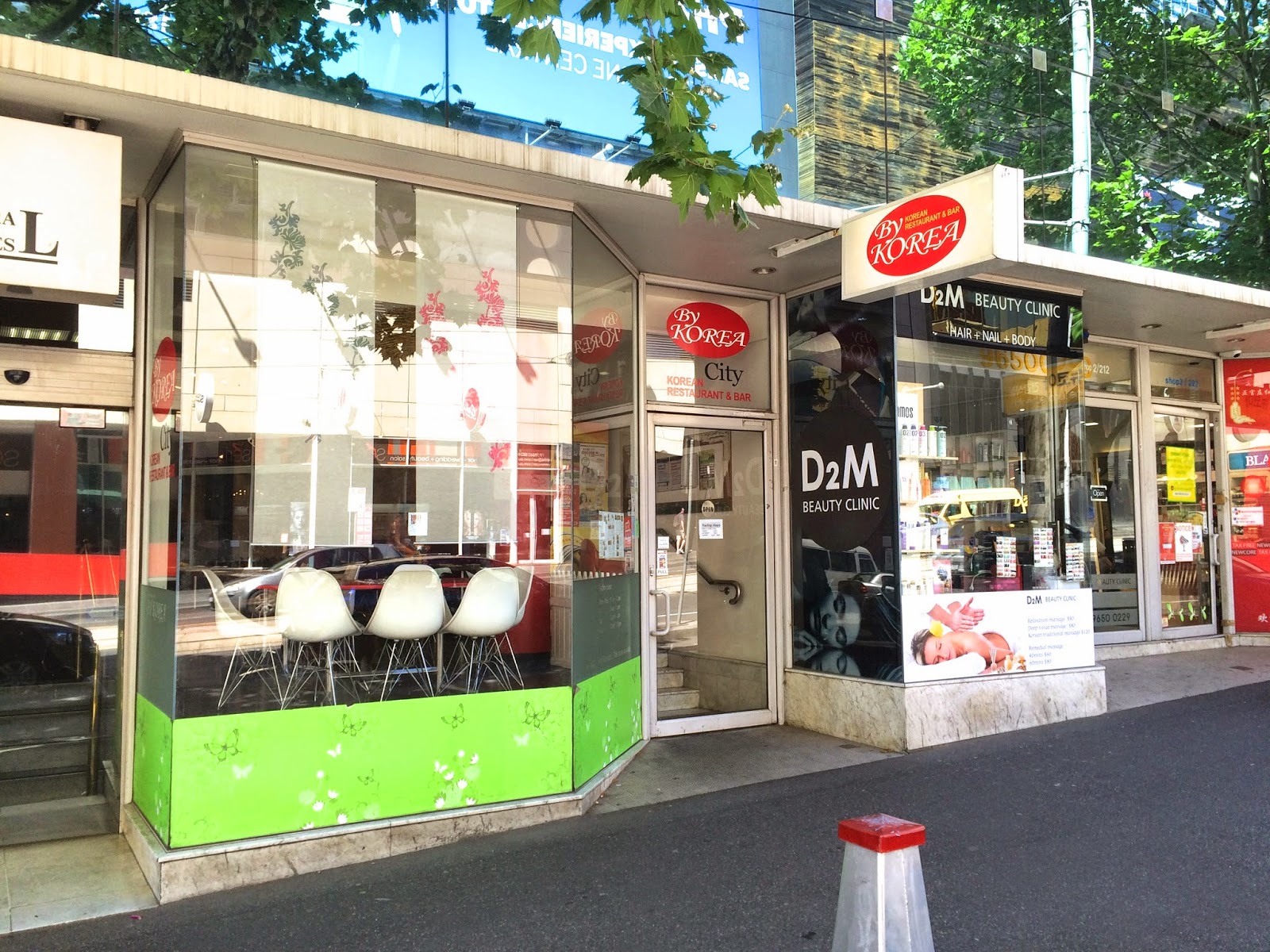 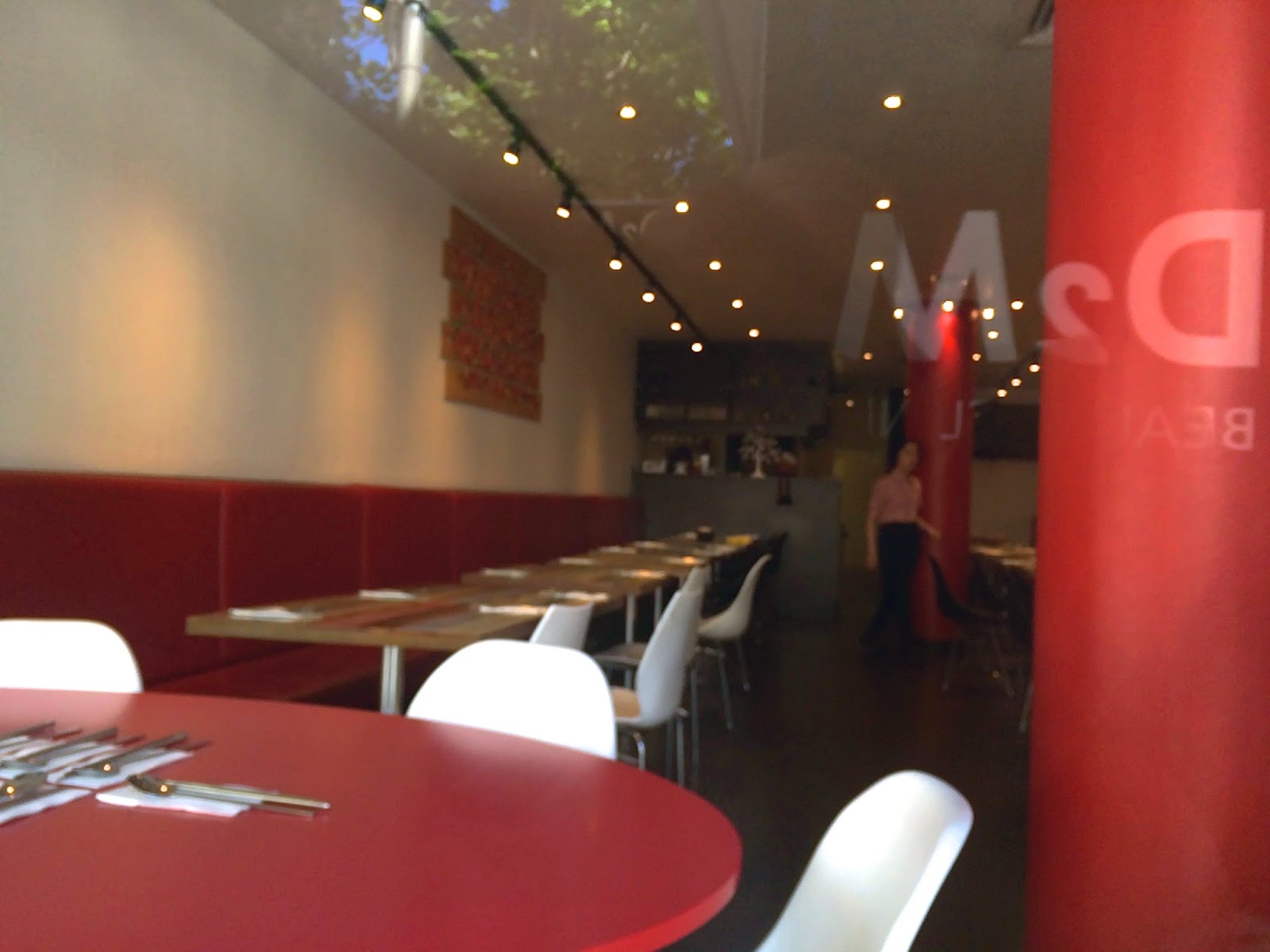 *Even with so many food discoveries left to be made, time running out, I'd rather sleep in, which goes to show that I am not a "foodie"**--anyone claiming this ludicrous designation would likely be found, on his final morning in Melbourne, brunching. 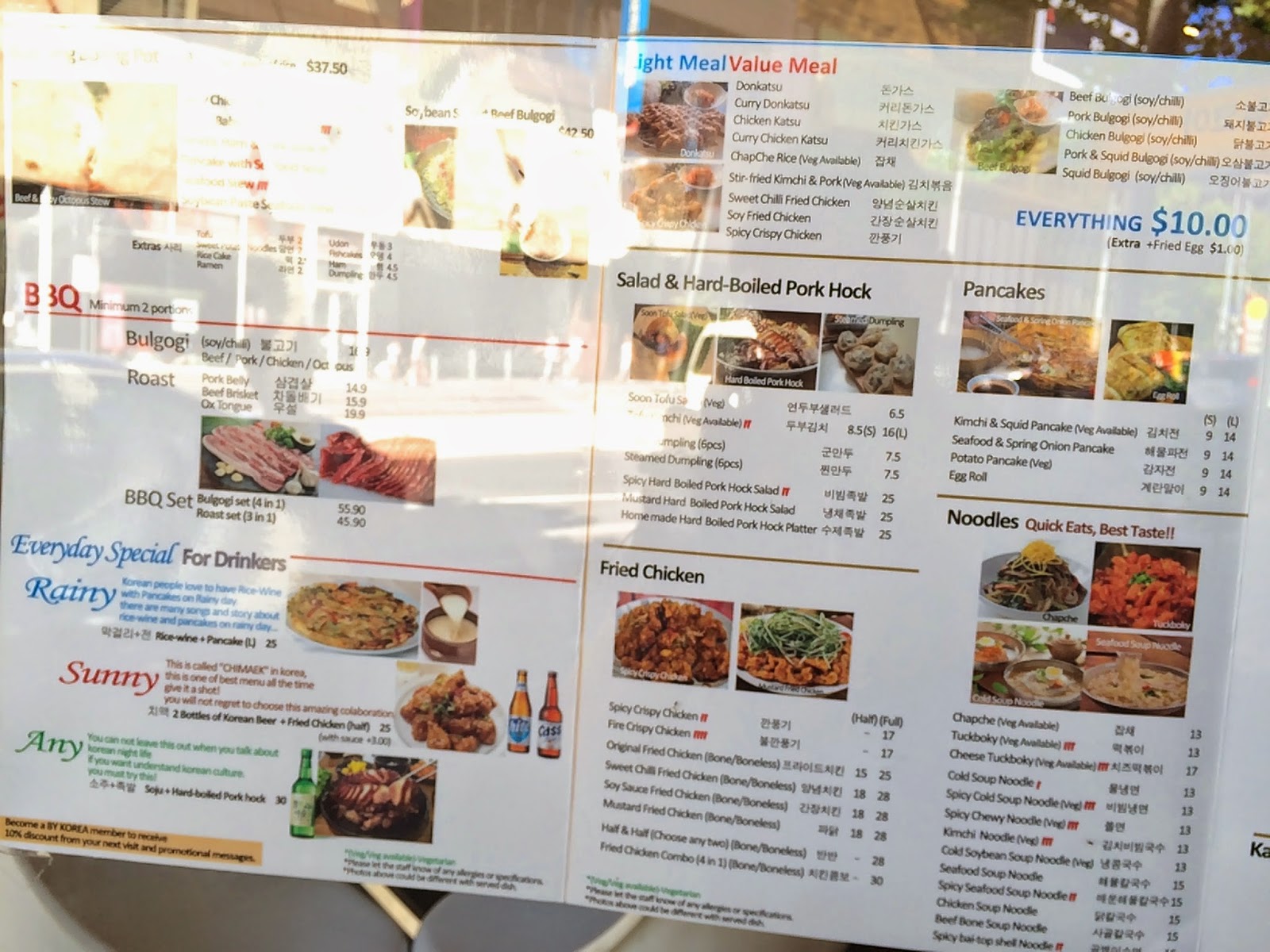 ...to menu options and prices, By Korea lies somewhere between a bunsik jib and a pub.

**I despise this term.  First, it's unnecessary in light of existing, well-recognized, perfectly competent terms to describe the same thing, such as "gourmand," "gastronome," or "epicure," all of which now apply to a broad range of foods, from haute cuisine to street snacks.  Second, the infantile diminutive not only sounds categorically silly--note that the world is not cursed with "musicies/movieies/caries/bookies;" although, come to think of it, "fashionista" comes close--but the phony attempt to downplay the appreciation of good eats to something less than high brow actually backfires in its self-conscious/self-righteousness. 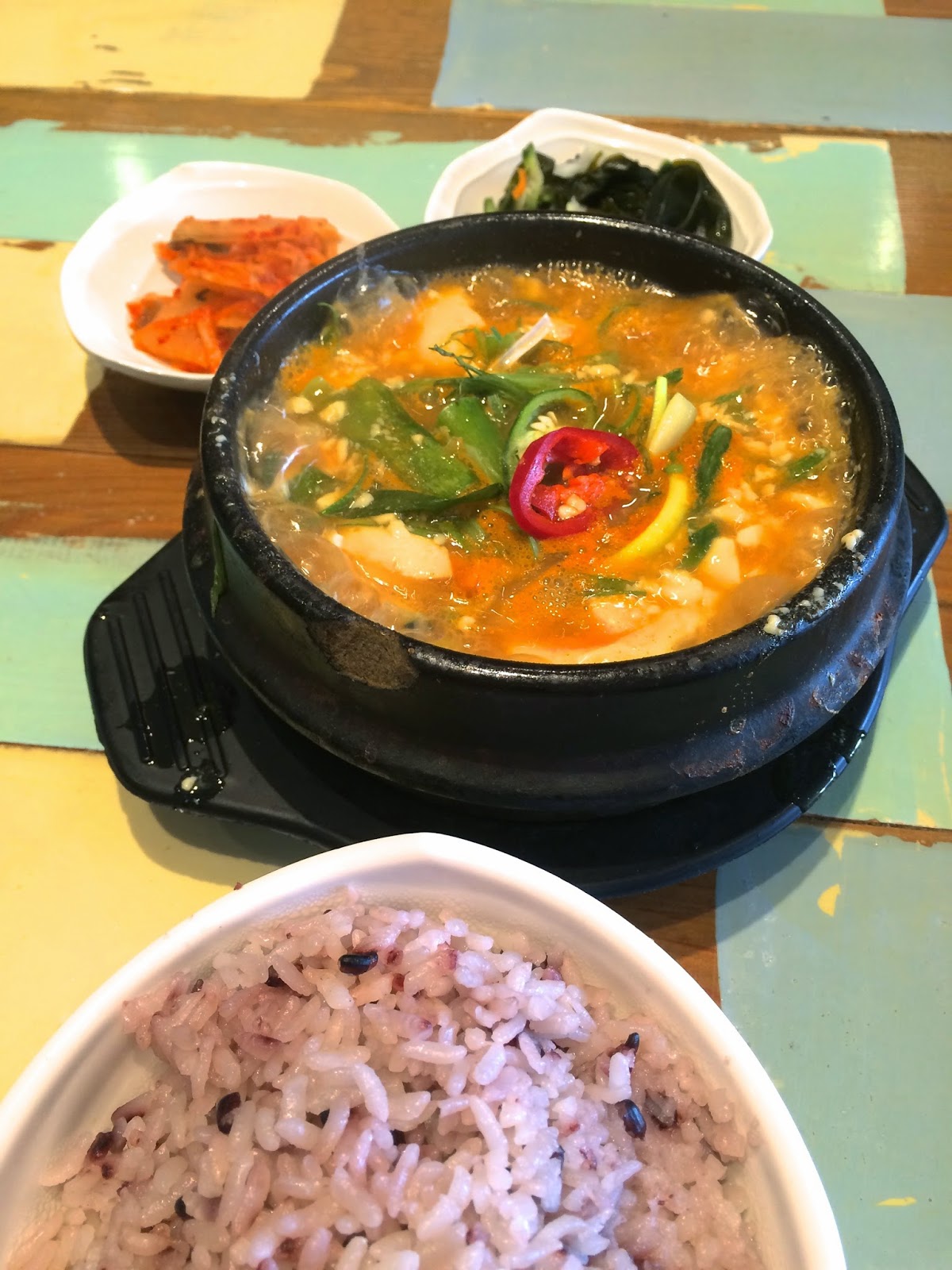 
For the climactic dinner in town, the venue was intended to be The Box on Collins.  Seafood.  Modern Australian.  Mid- to high-end.  With several strong reviews--which I'm now suspecting to be fake--as well as the tight reservation schedule ("So sorry, sir--oh wait, fortunately, looks like we had a last-minute cancellation for the 7:45 slot")--which I'm now suspecting was bullshit--I was confident that the restaurant would be an excellent spot to end the trip with a big bang. 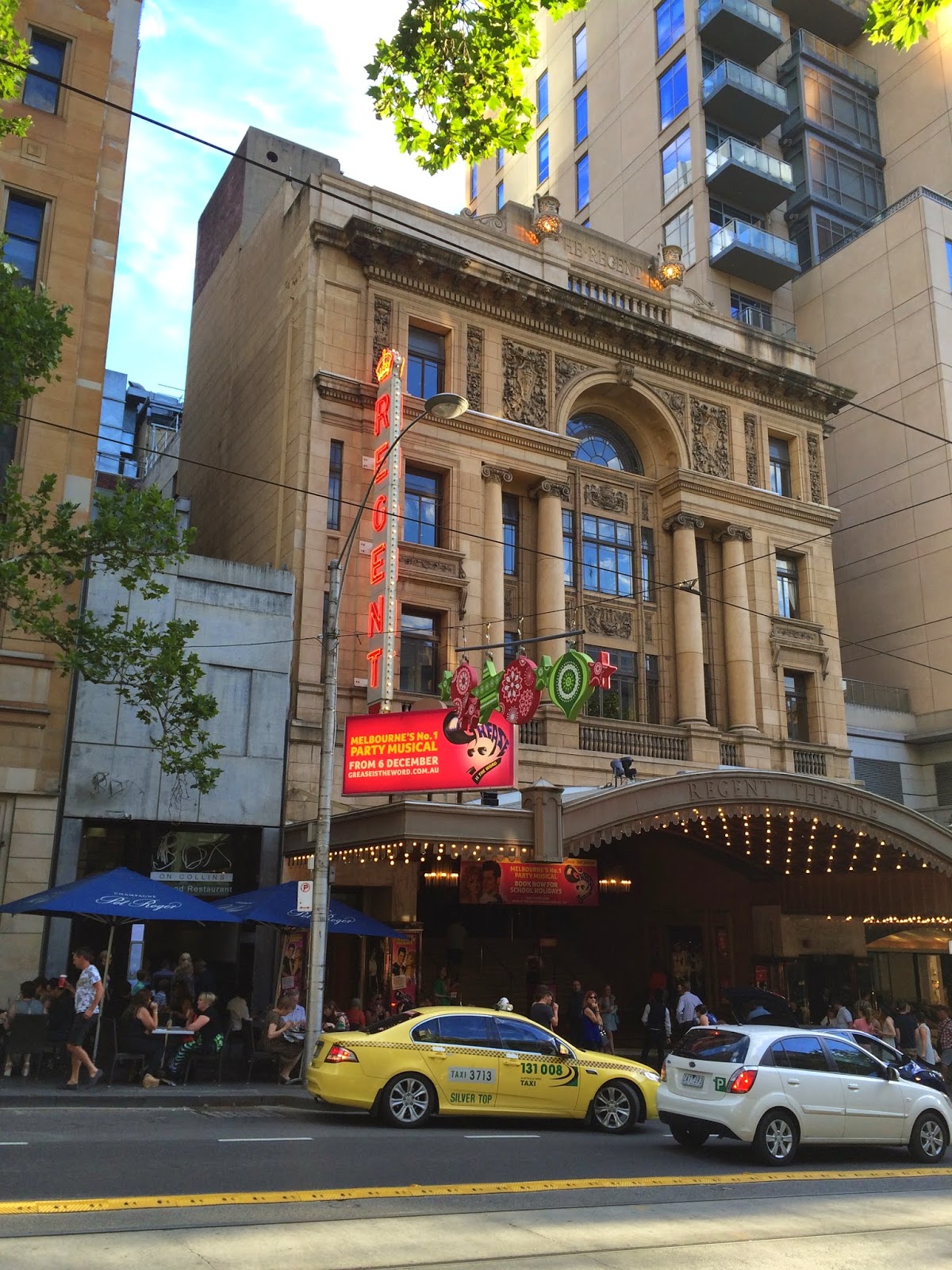 The little grey building to the left.

However, the food was crap.  I ordered a complete spread of 5 dishes from the get-go, increasingly regretting the decision with each item served.  Won't waste time going into details, but the skill displayed in the preparation was comically inept--or perhaps tragic, considering the prices that I had to pay. 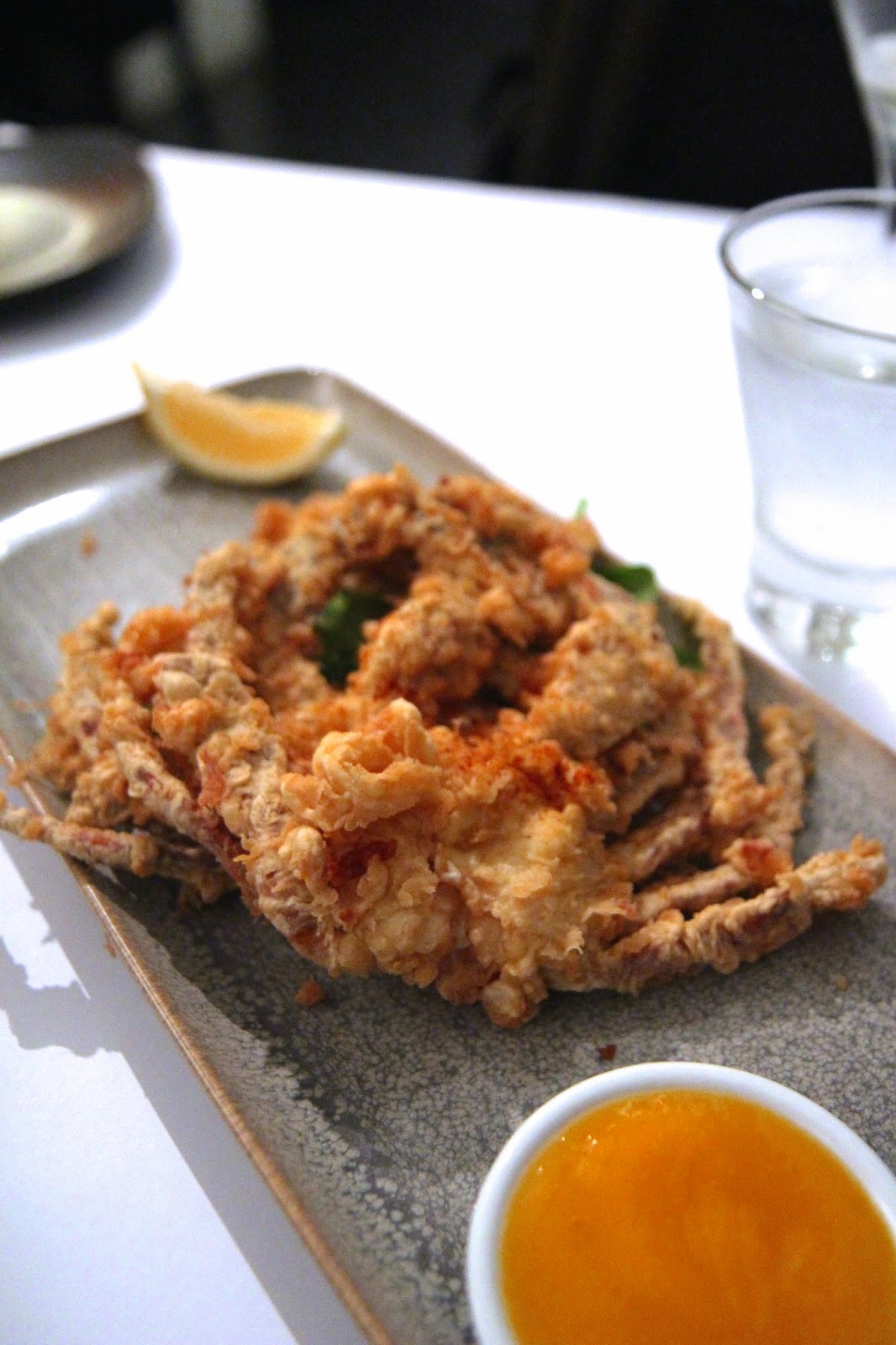 Awaiting the tram back to the hotel, bummed out for blowing away a potentially historic occasion, I suddenly realized that I was a couple blocks from Chinatown, home to West Lake Restaurant, a Chinese joint serving crocodile, which I'd learned from my prior research on eateries serving local fauna.  I opted to check it out for a second dinner, hoping to salvage the day. 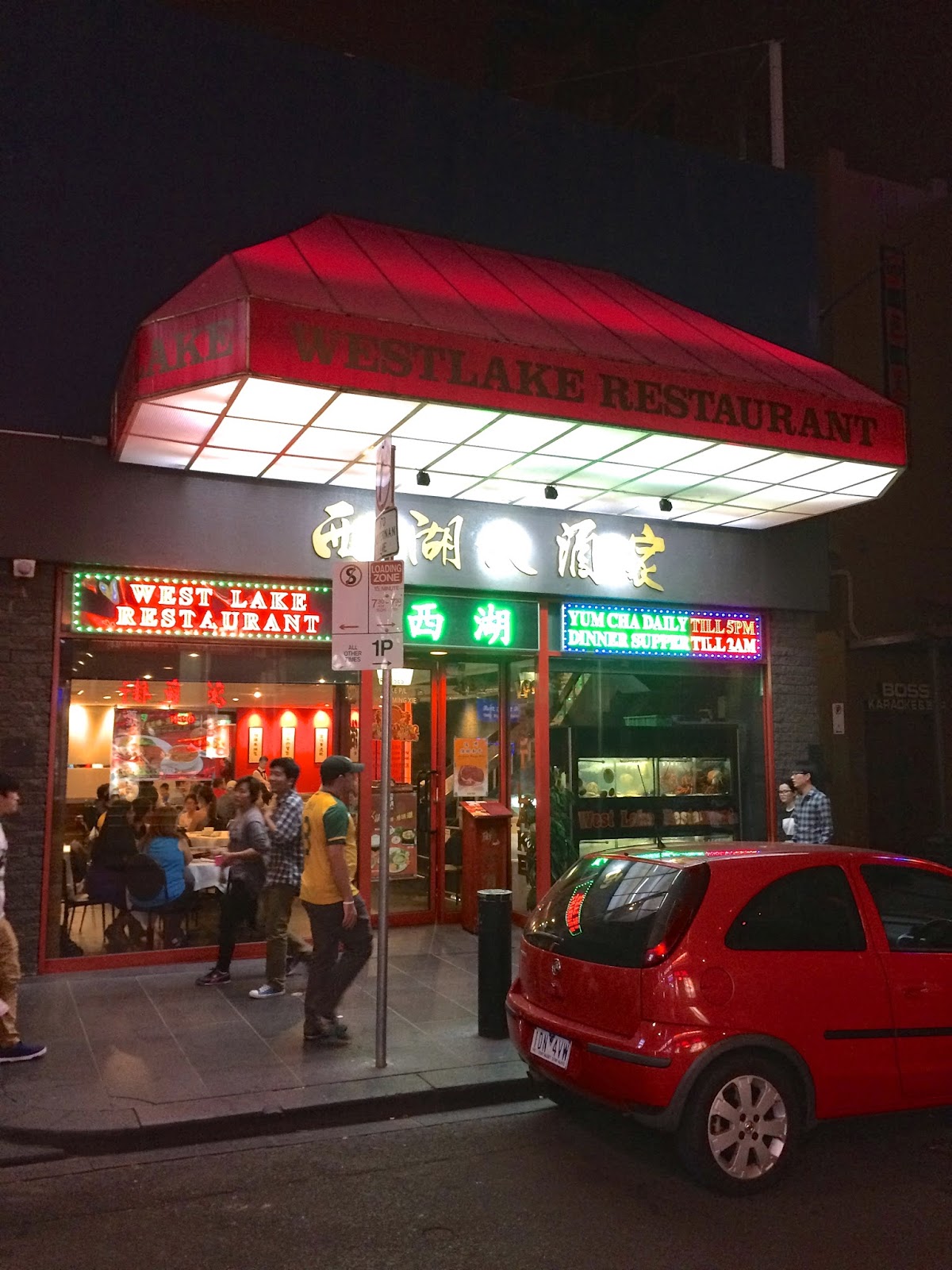 The food was good, good enough.  The crocodile meat itself was quite nice: white in appearance like chicken breast, chewy/juicy in texture like brined pork, light in flavor like white fish--shows great potential as a go-to animal (at least one restaurant that I know of in Manila serves it).  Sautéed with assorted veg in a mild XO sauce, accompanied by steamed white rice, I couldn't complain.  Best meal that I had all day, a decent end to an amazing week of culinary treats. 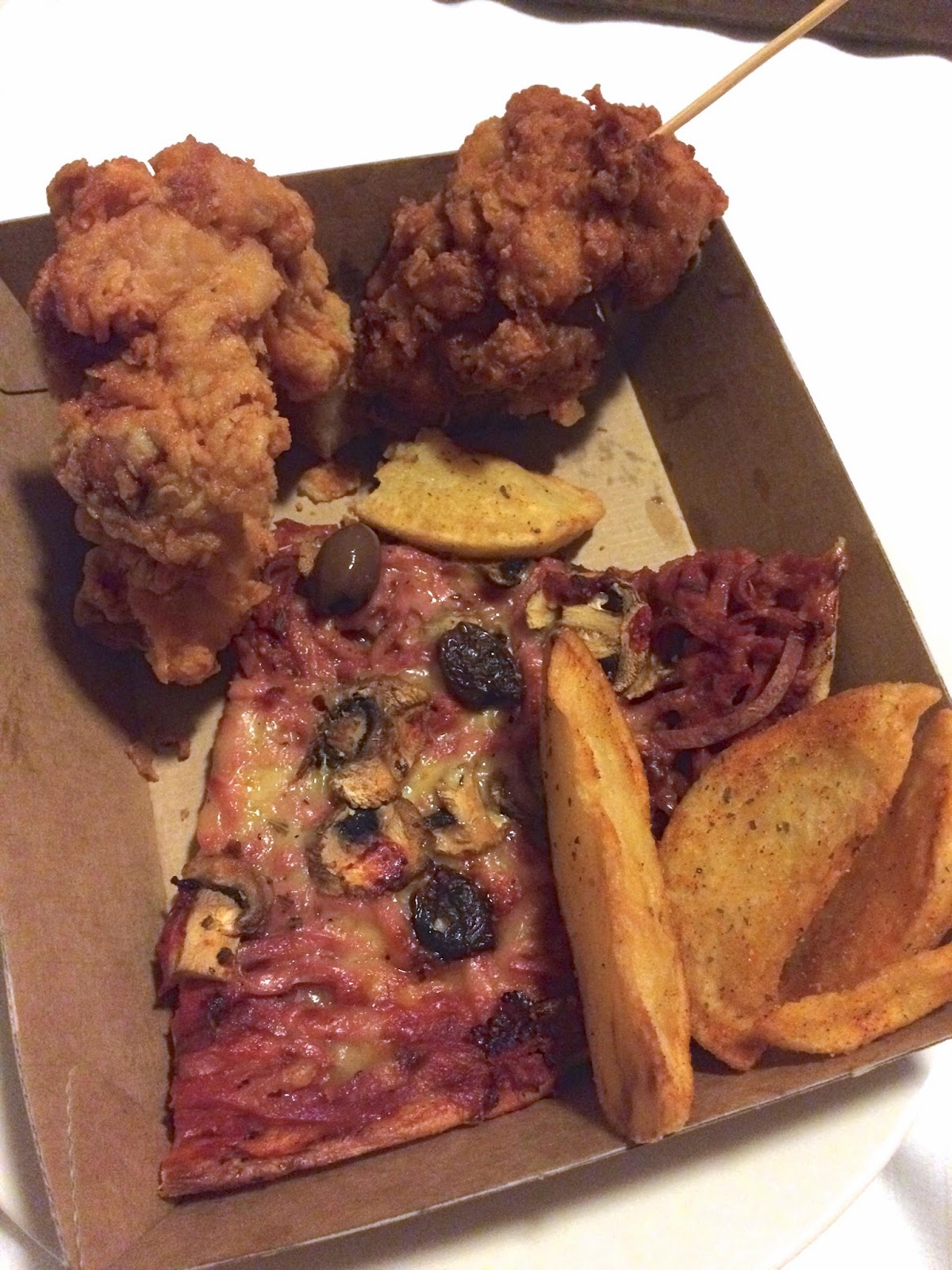 BTW, my gastronomic explorations this trip didn't end every evening with the gluttonous multi-course dinners featured on the posts during the past week; no, I also partook of the late-night offerings from quick-fix/ready-to-go eateries along Fitzroy Street, just across from my conveniently located hotel.  What a treat.  No wonder that I've gained about 20 kilos. 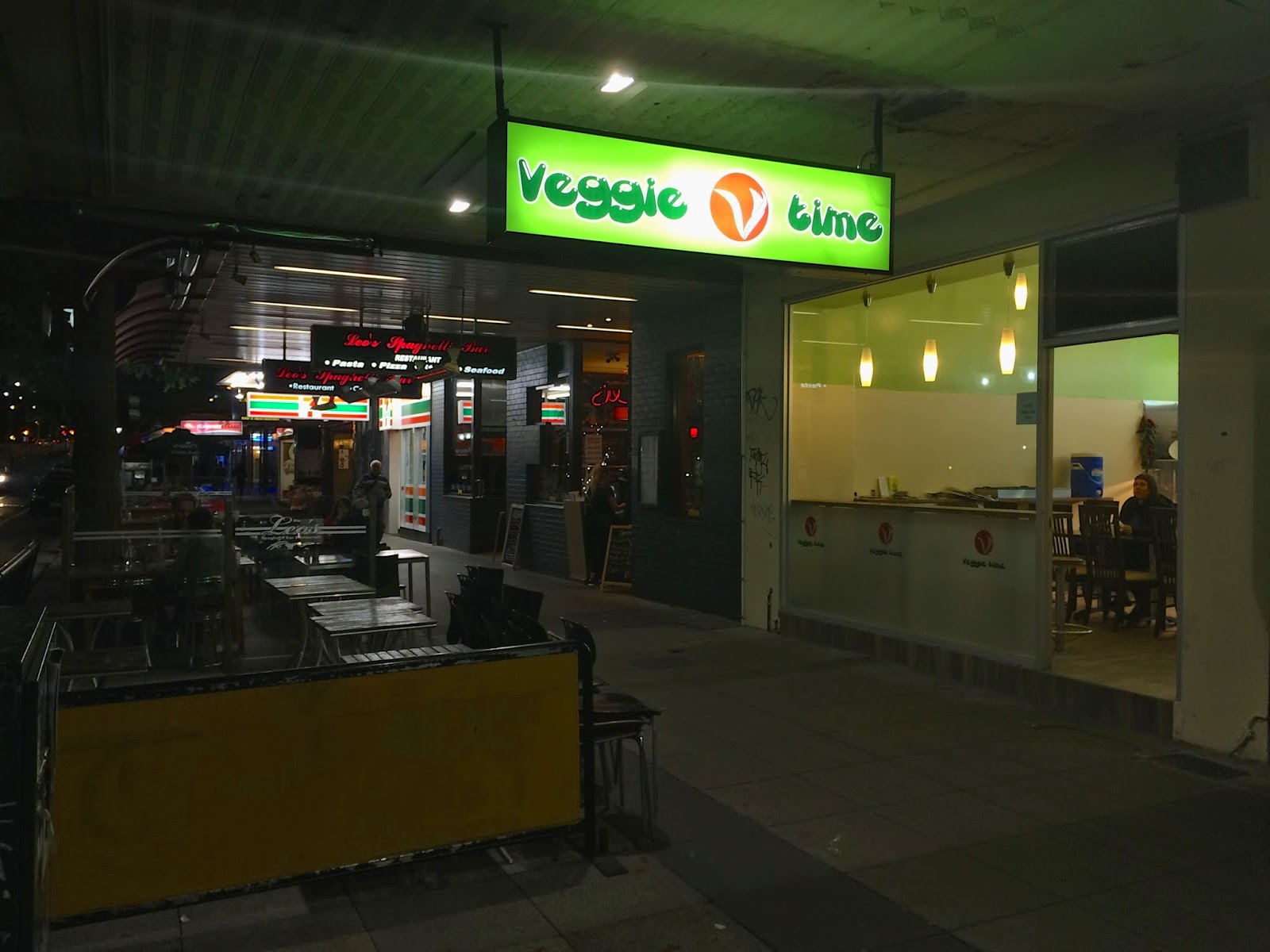 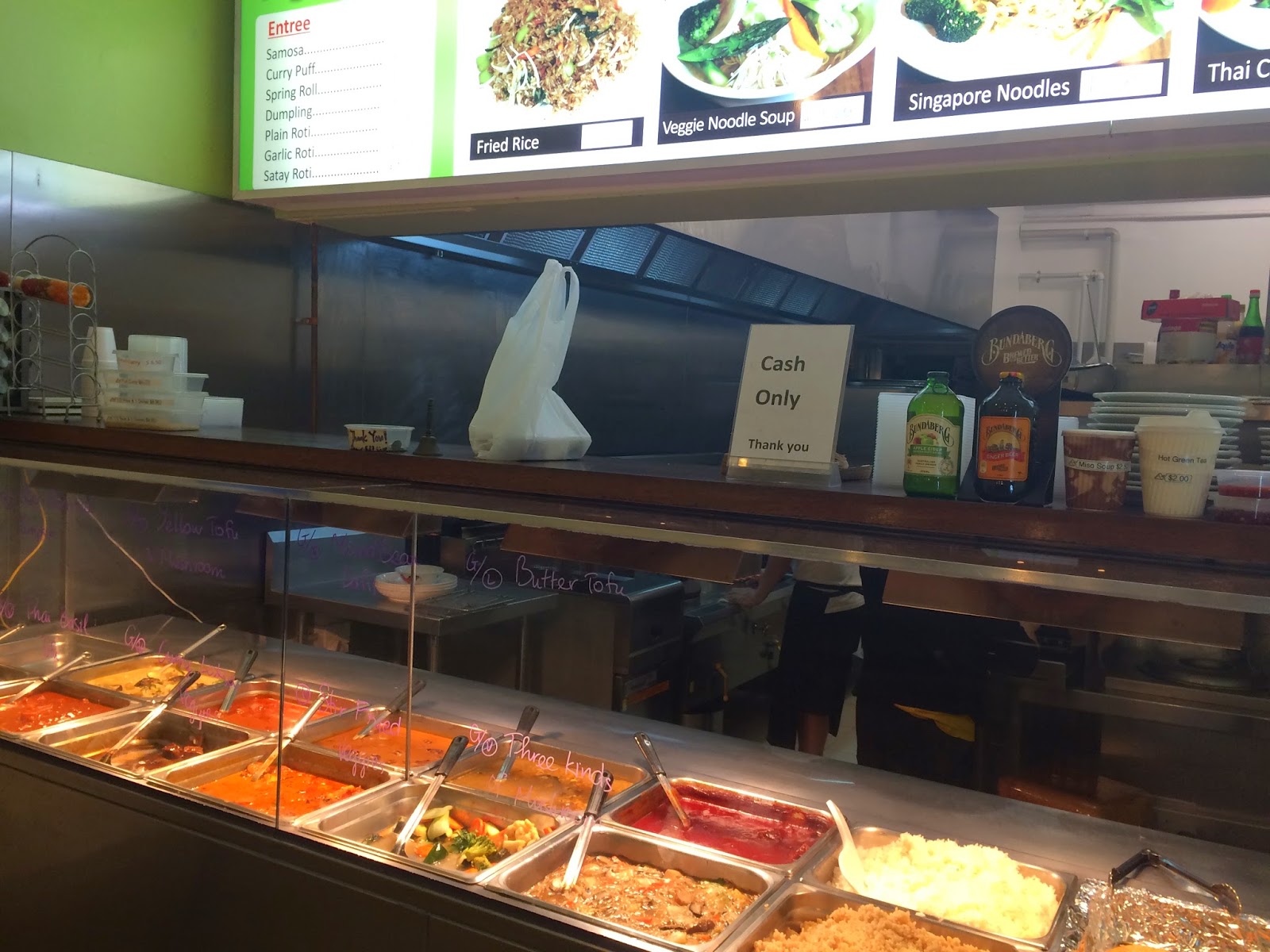 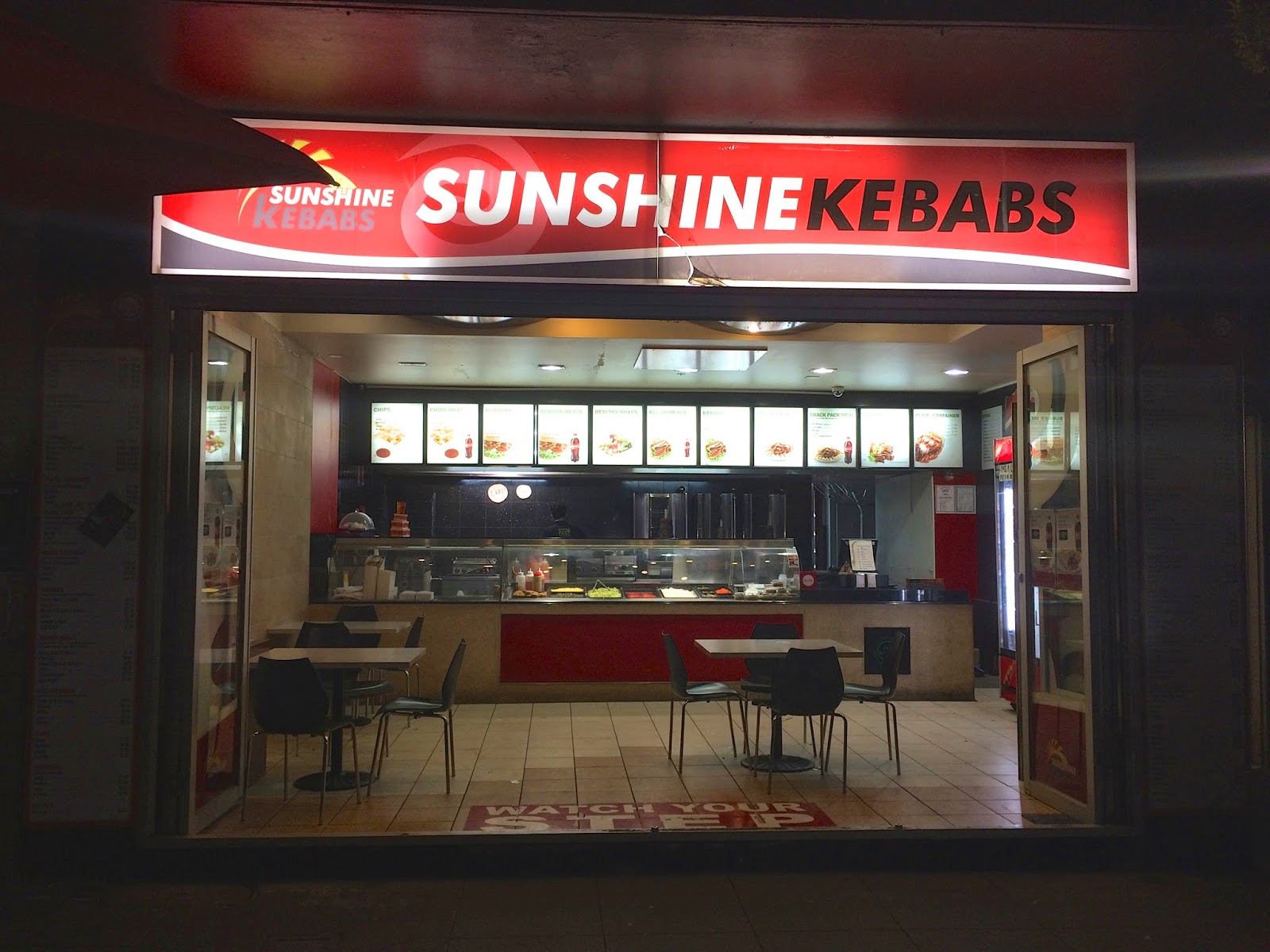 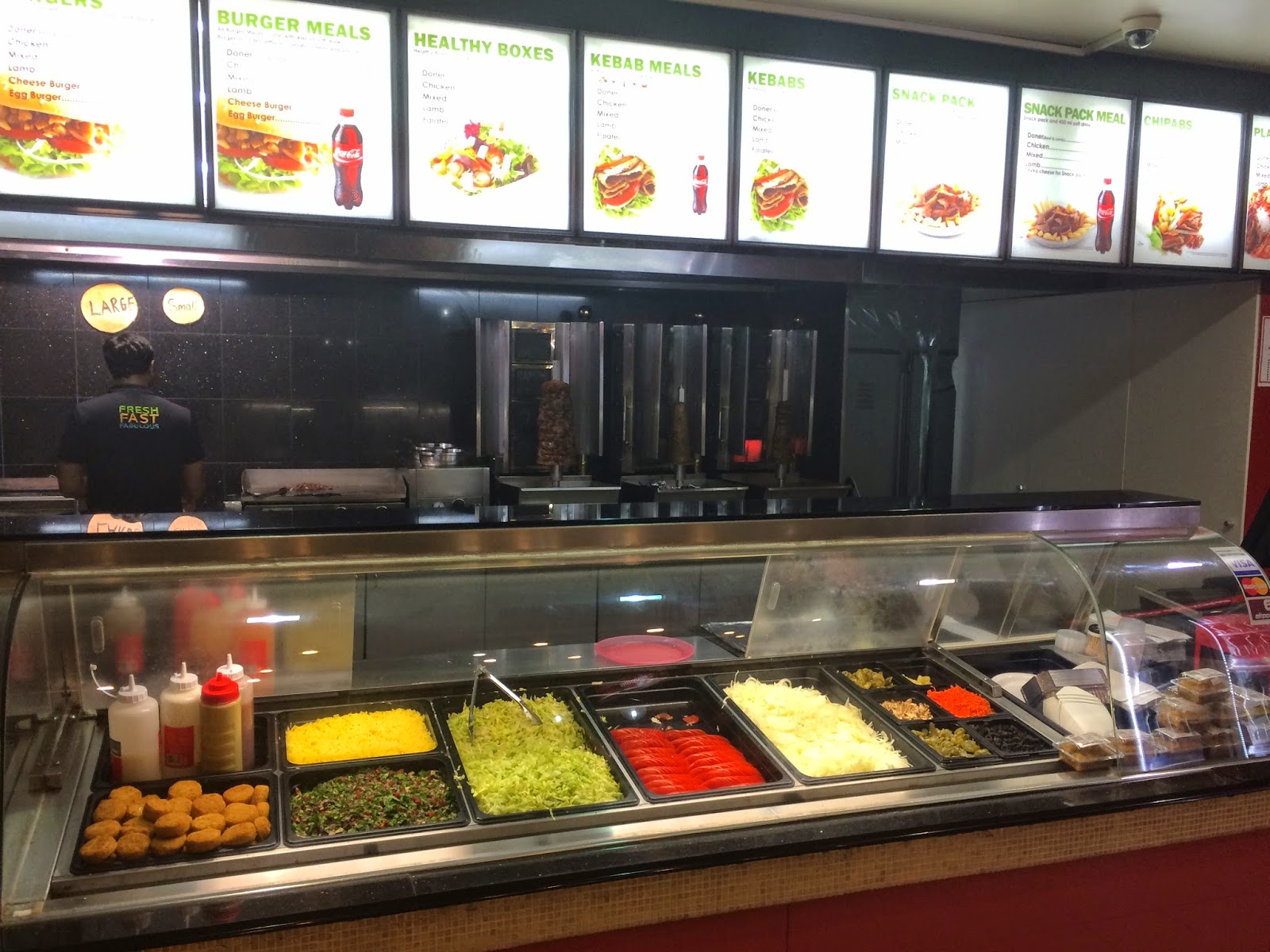 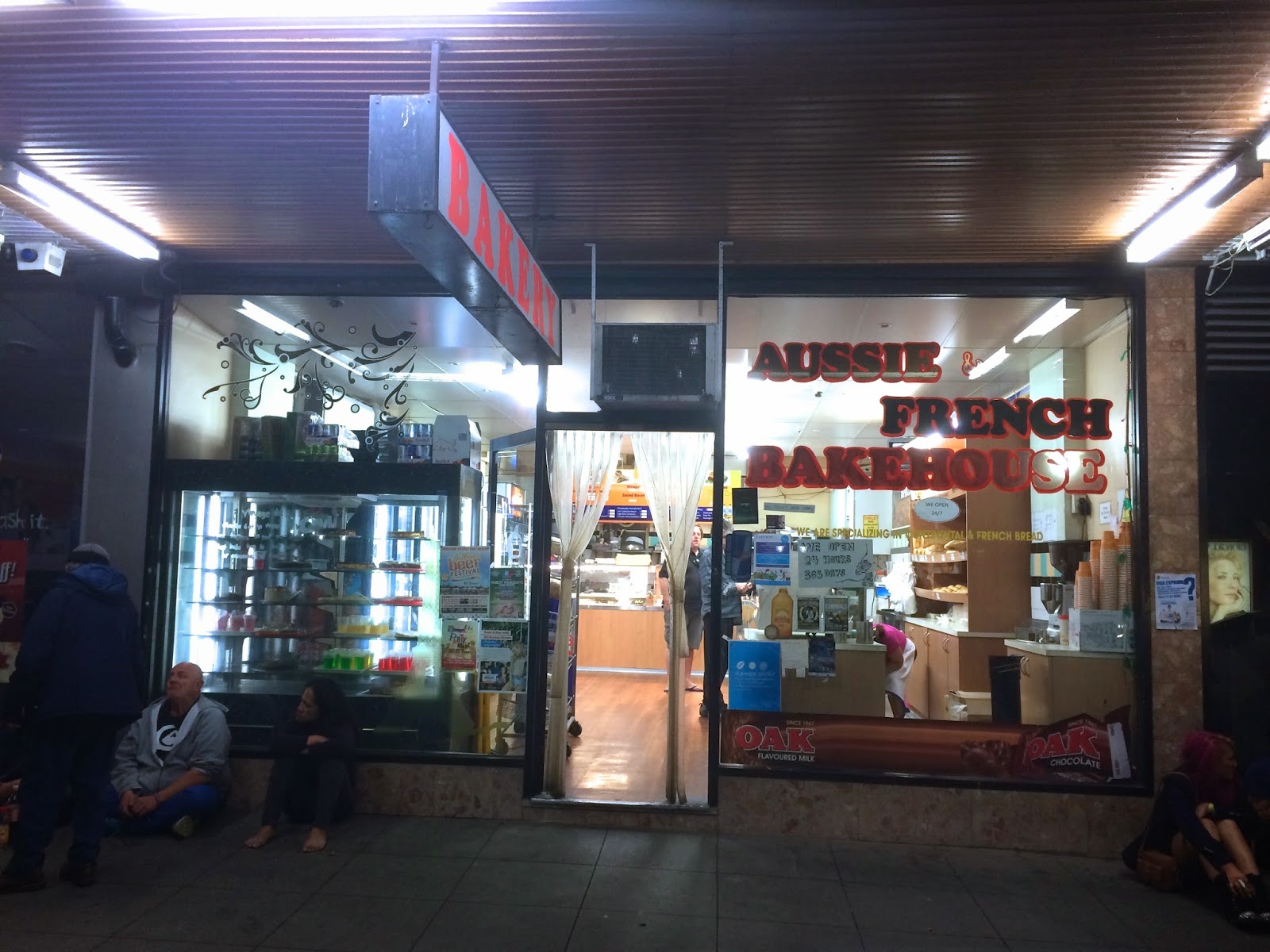 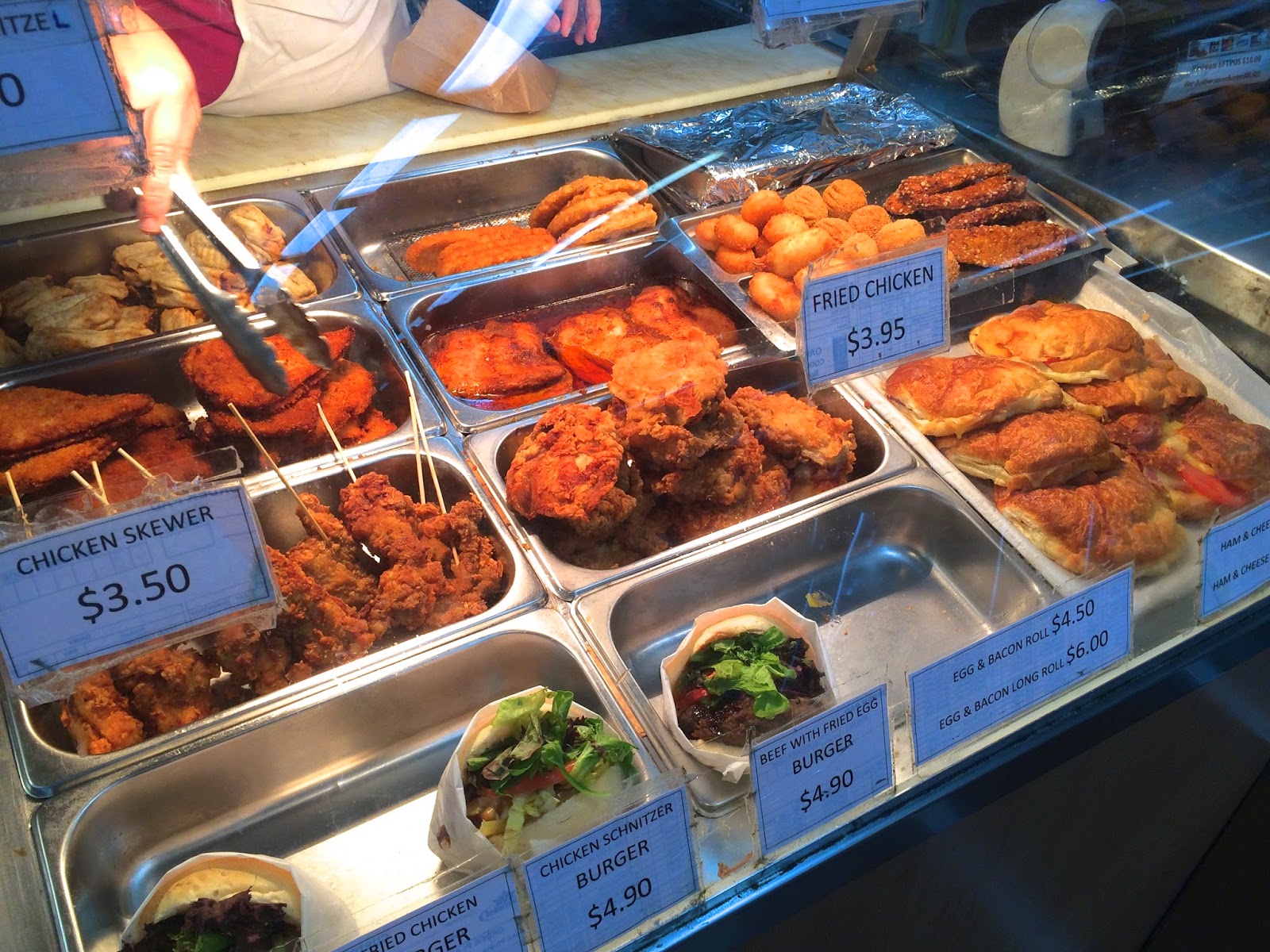 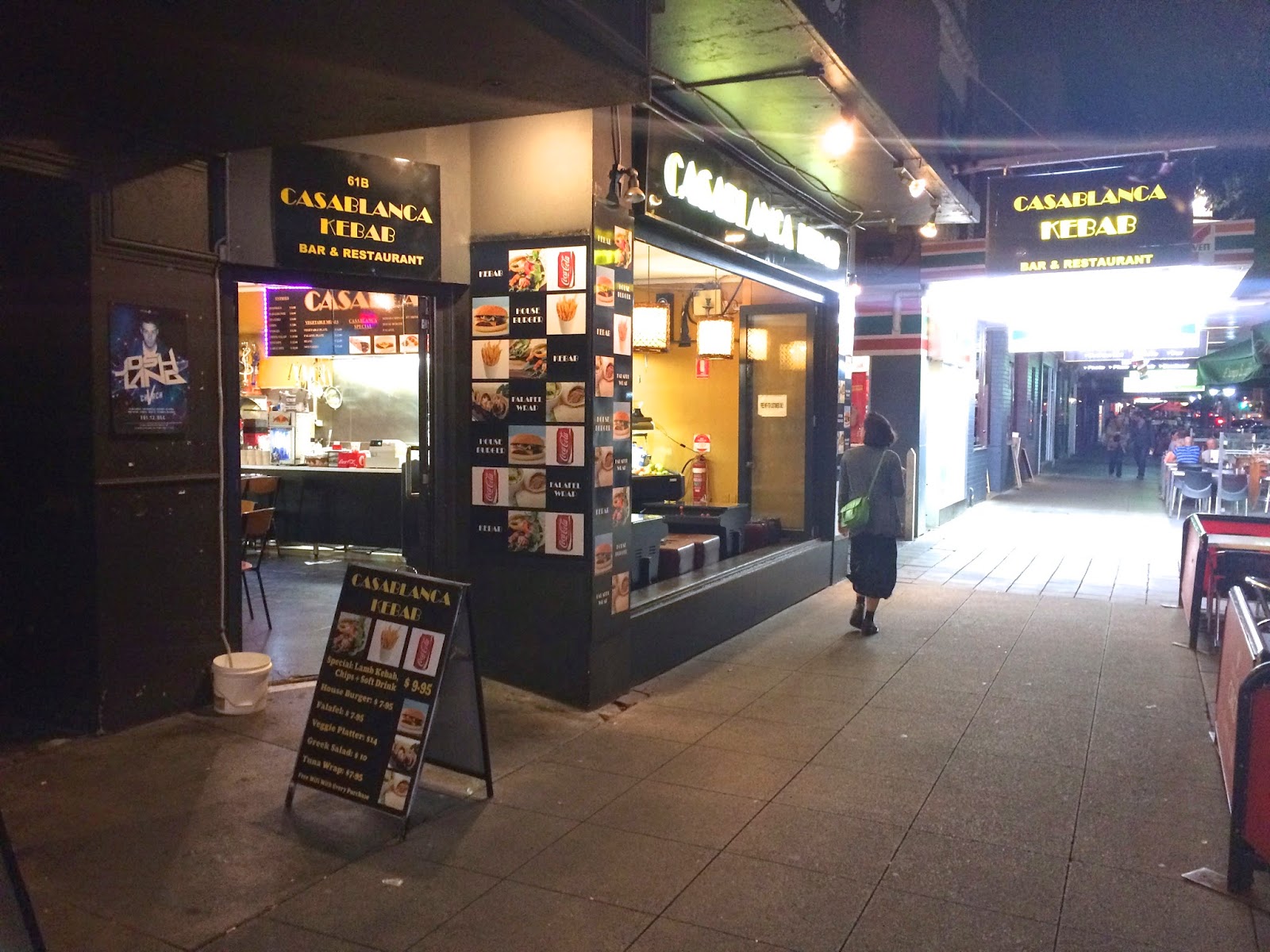 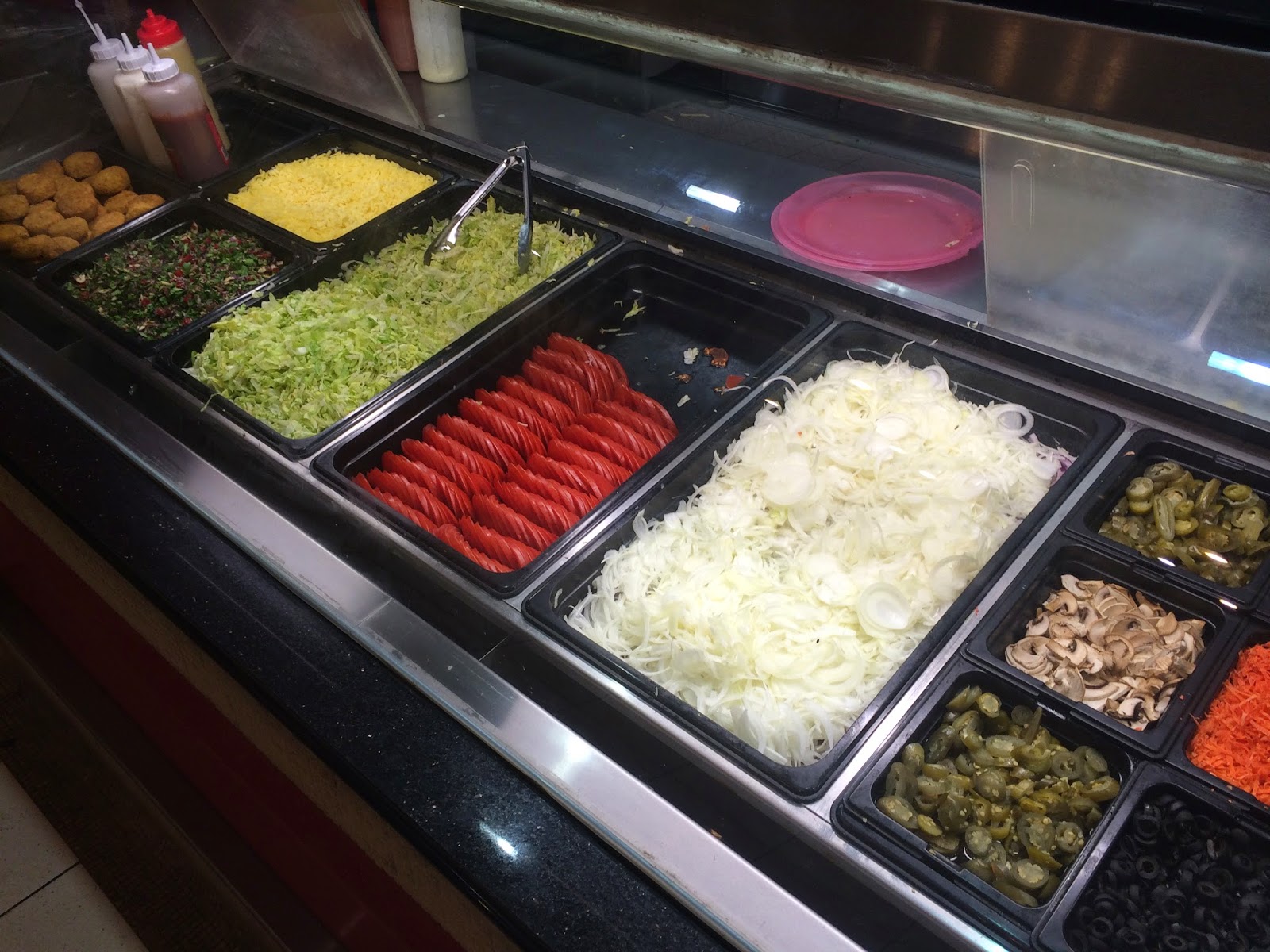 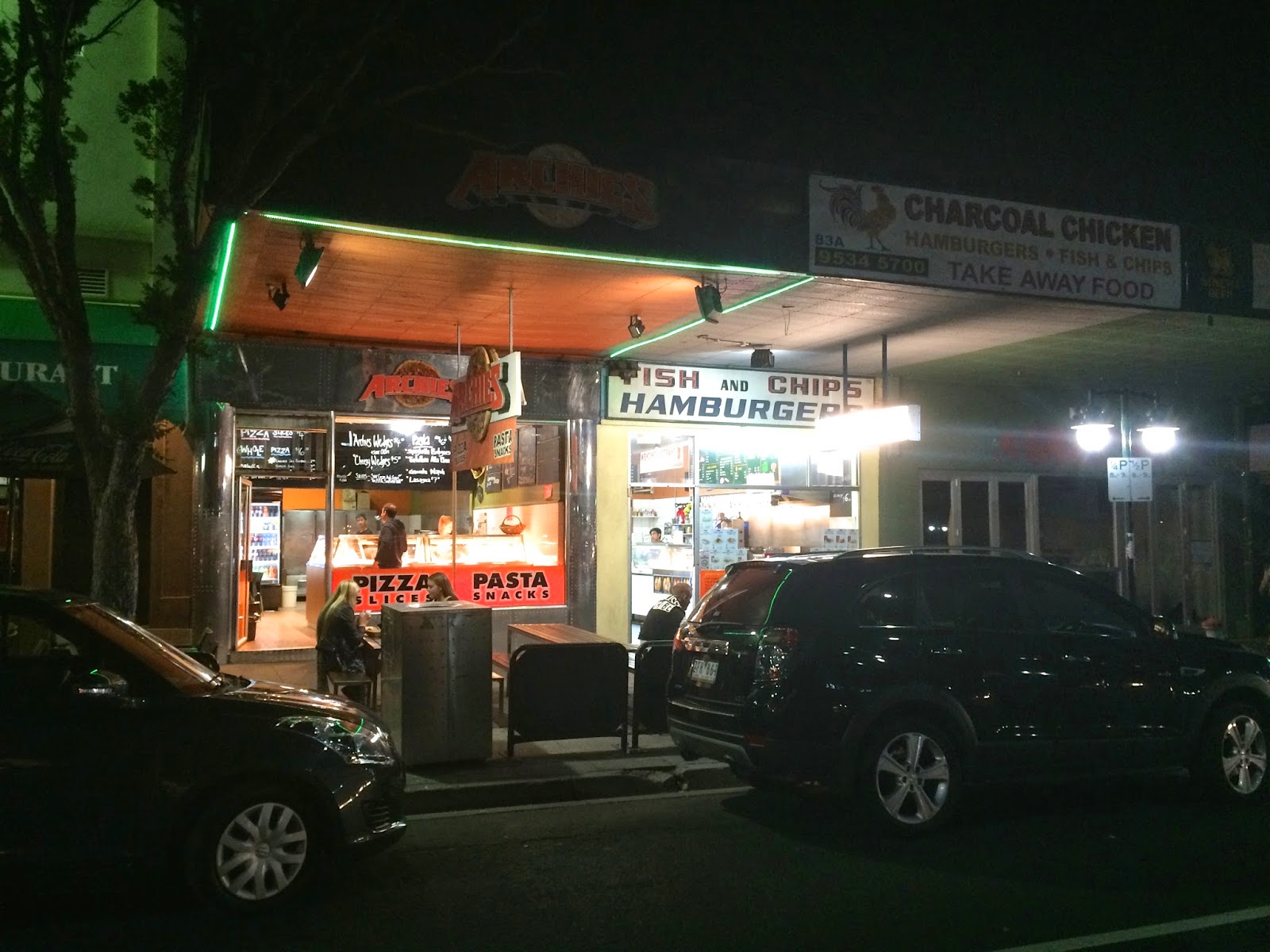 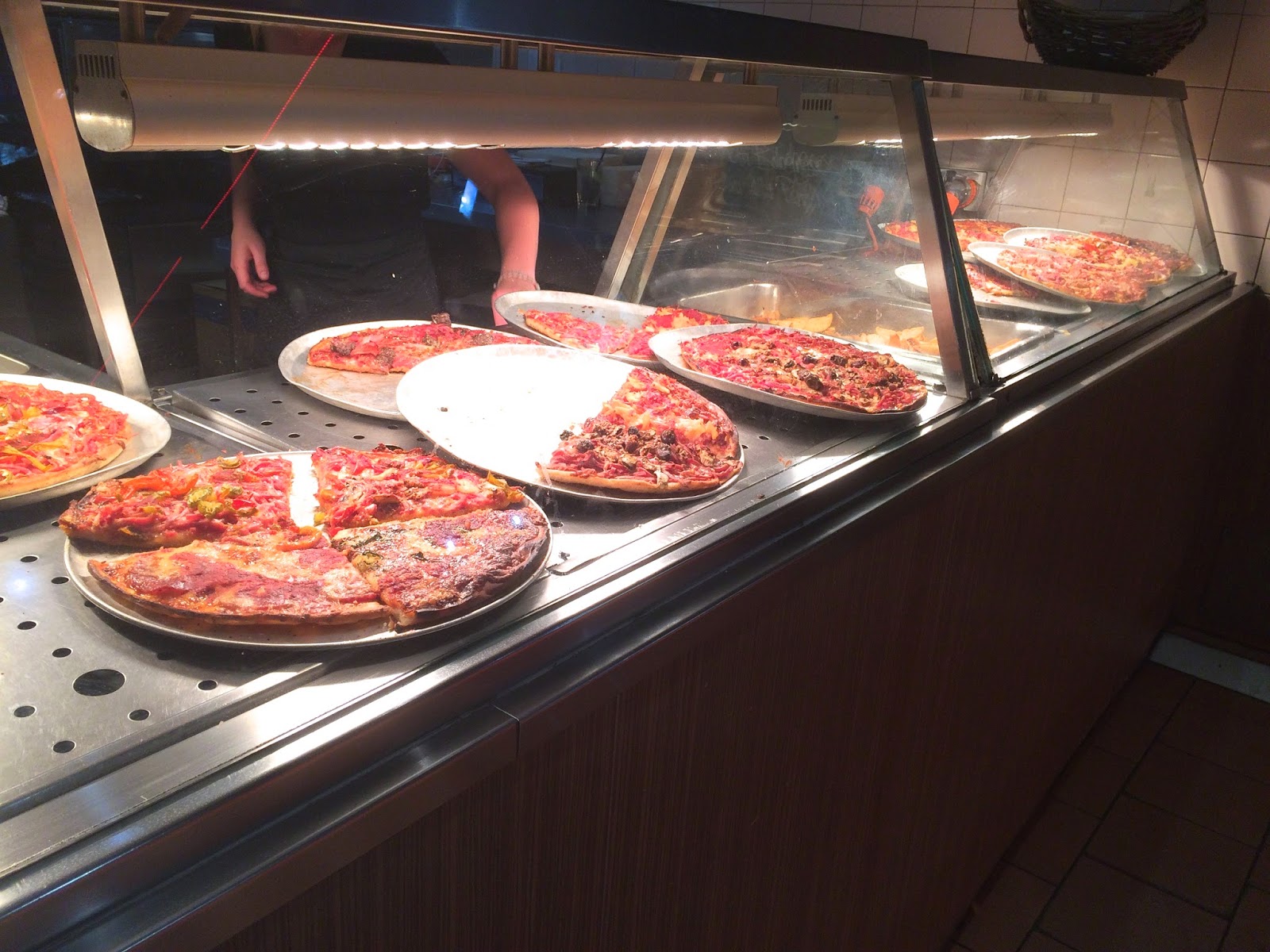 Melbourne ranks among the greatest food cities that I've experienced.  Whereas Osaka excels primarily at Japanese (see for example 5.146 Shime Saba Hako Sushi), and Getxco/Basque excels primarily at Spanish (see for example 5.200 Bolletus Cream with Fried Egg), and Singapore excels at adapting/enhancing various Asian cuisines (see for example 4.267 Chicken Rice), Melbourne would seem to excel at adapting/enhancing various European cuisines.  In all cases, I truly appreciate and adore the deep pride that the restaurants in these cities appear to take in their food.  (Cantonese is my all-time favorite cuisine, and I've been to Hong Kong many times, but I still have yet to be overwhelmed by the Cantonese in Hong Kong (see for example 5.182 Har Gao).)  I can't wait to go back for more.