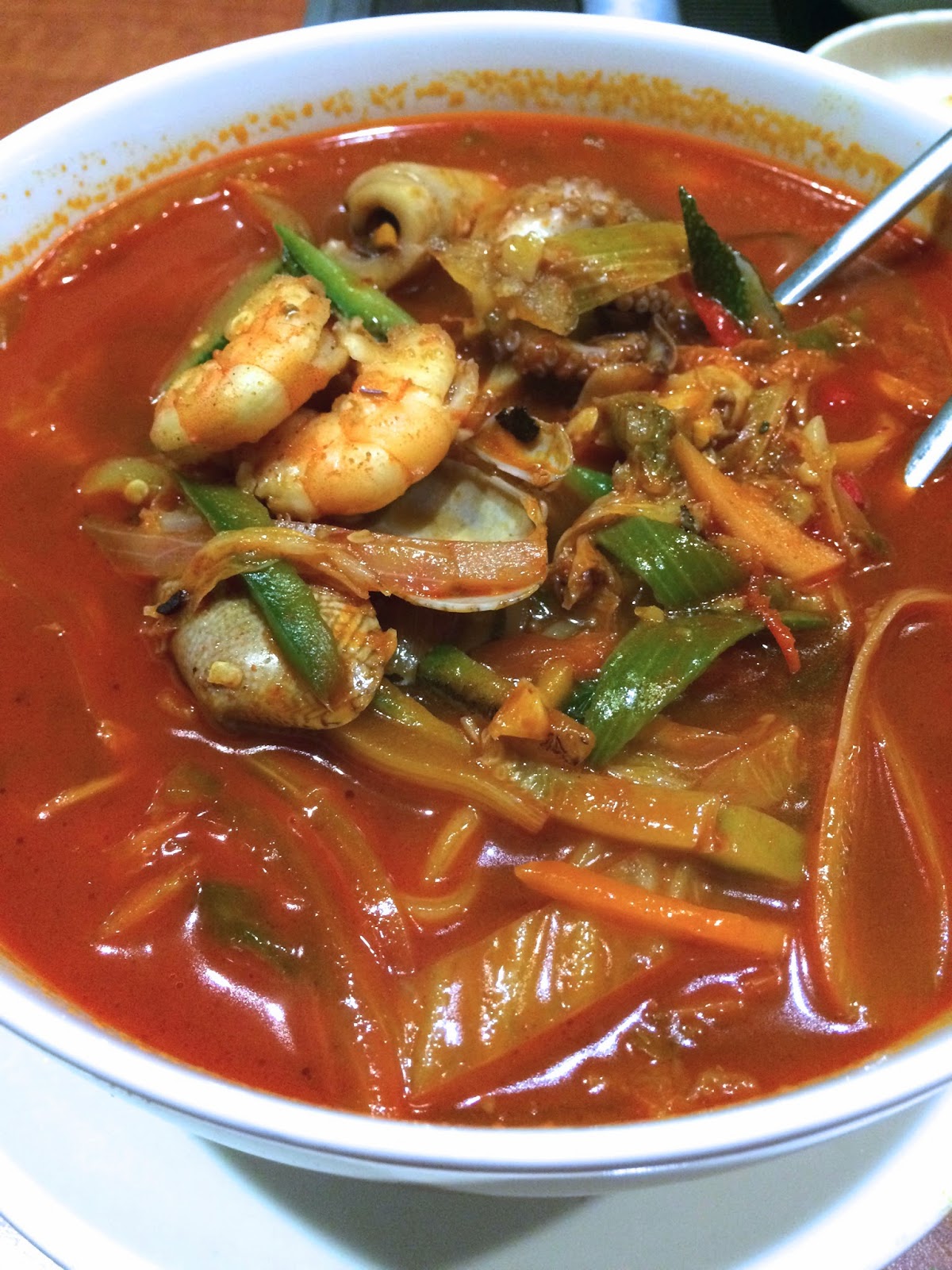 
Go! Kizip is a Korean/Chinese restaurant.  Offers Korean table-top BBQ, all-u-can-eat shabu shabu, and a handful of Korean-Chinese dishes.  The name of the place is a play on the Korean "gogi jib (고기집) = meat house."  Open 24 hours. Located in Malate, on Adriatico Street, a half-block north of Remedios Circle.

Upon my return from Melbourne (see previously 5.342 Crocodile Meat with XO Chili Sauce), a week-long stuff-face of western food, I wanted to eat some kind of Asian comfort food, something brothy, something with kick, something like jjambbong.

Despite a prior less-than-favorable late-night experience at Go! Kizip, that time involving Korean-Korean food, I gave it another shot for the Korean-Chinese. 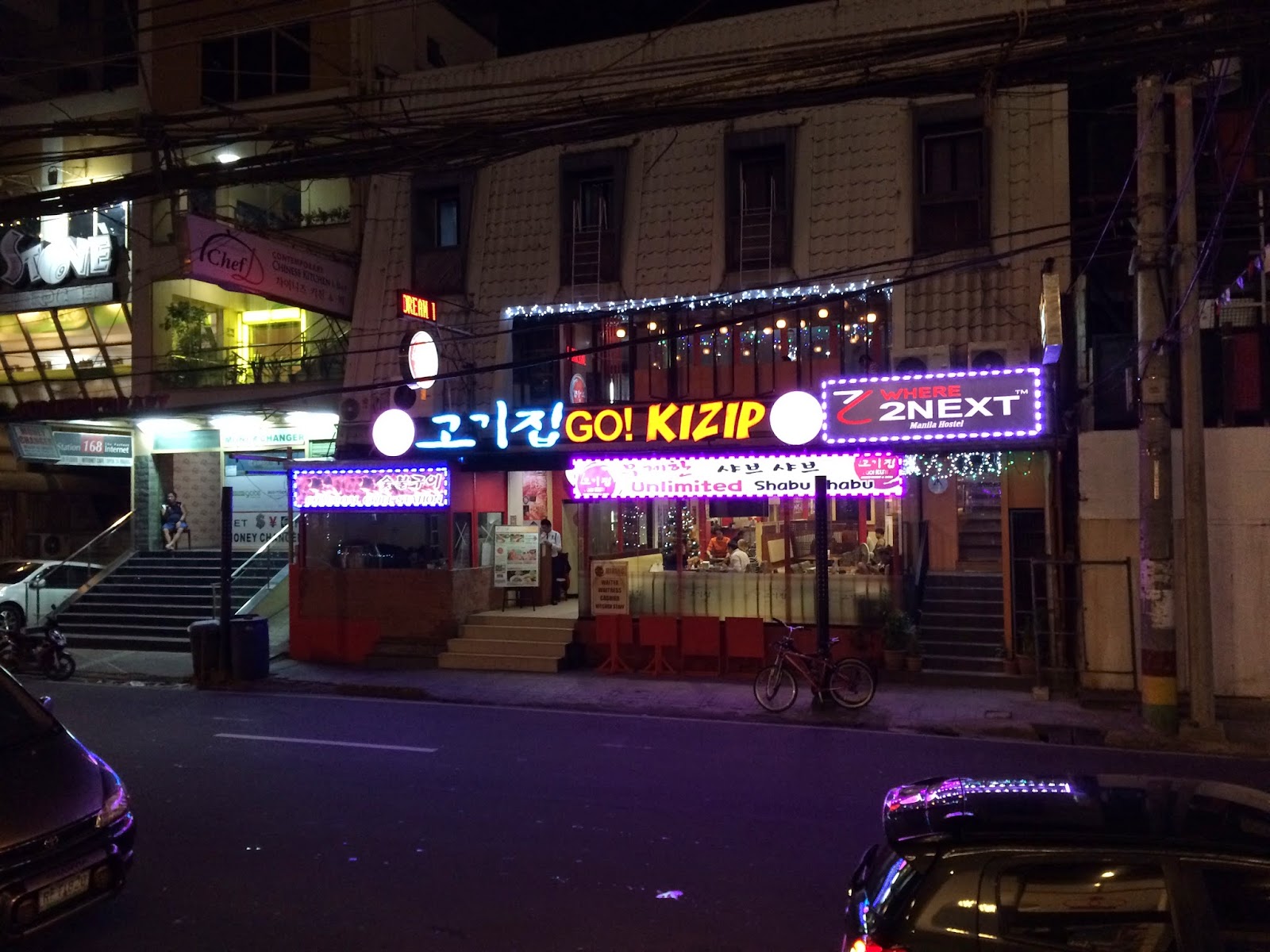 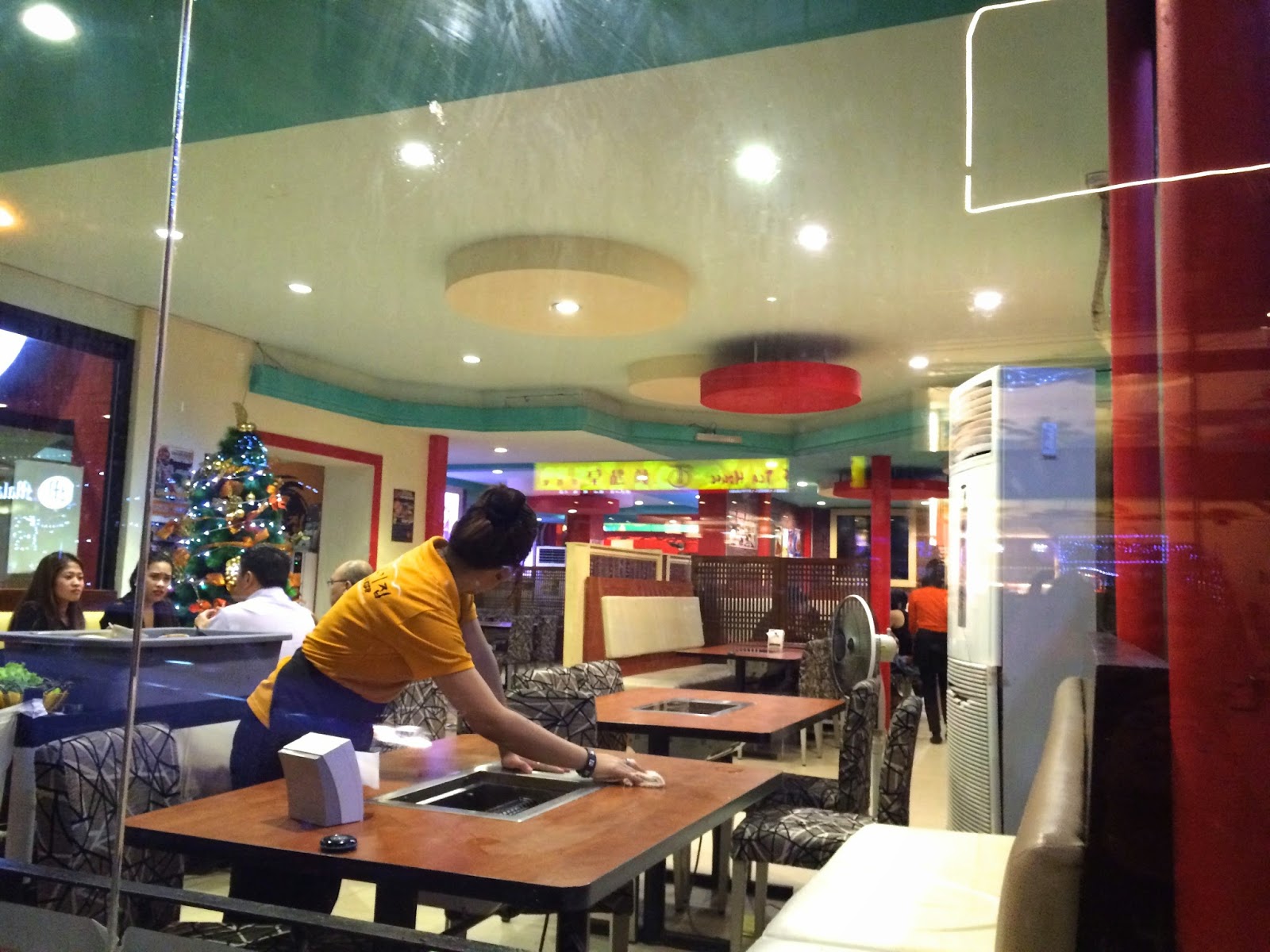 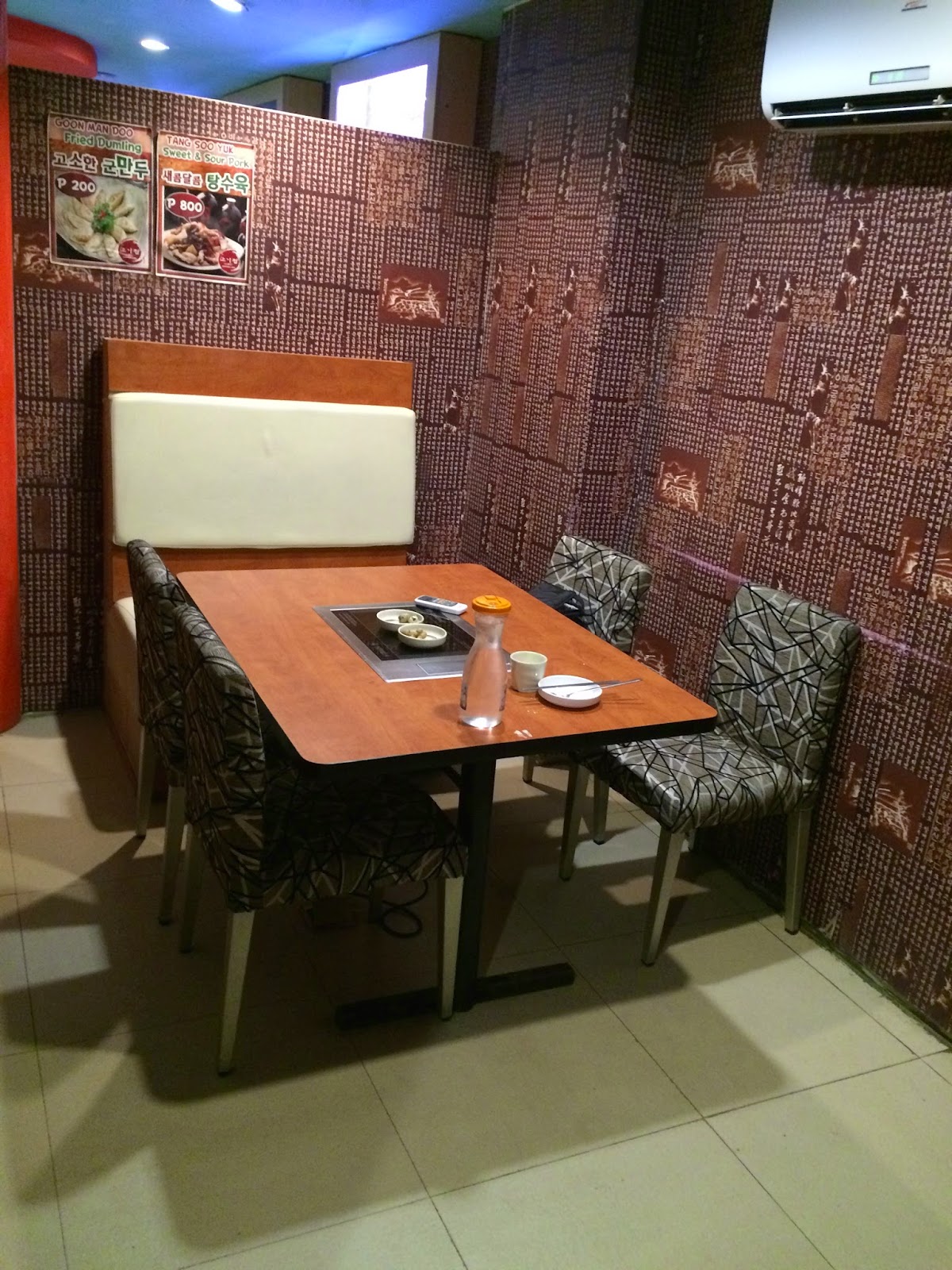 In an enormous facility, this single table in the corner constitutes the "non-smoking section."

The food was less-than-favorable again.  Authentic, as real as the crap from cheap neighborhood delivery Chinese joints in Korea gets, which is not a good thing.  Bit and pieces of overcooked ingredients, probably recooked from leftovers dumped back into the pot.  Heavy hand on the spices, probably to mask the otherwise inadequate flavors.  Ugh. 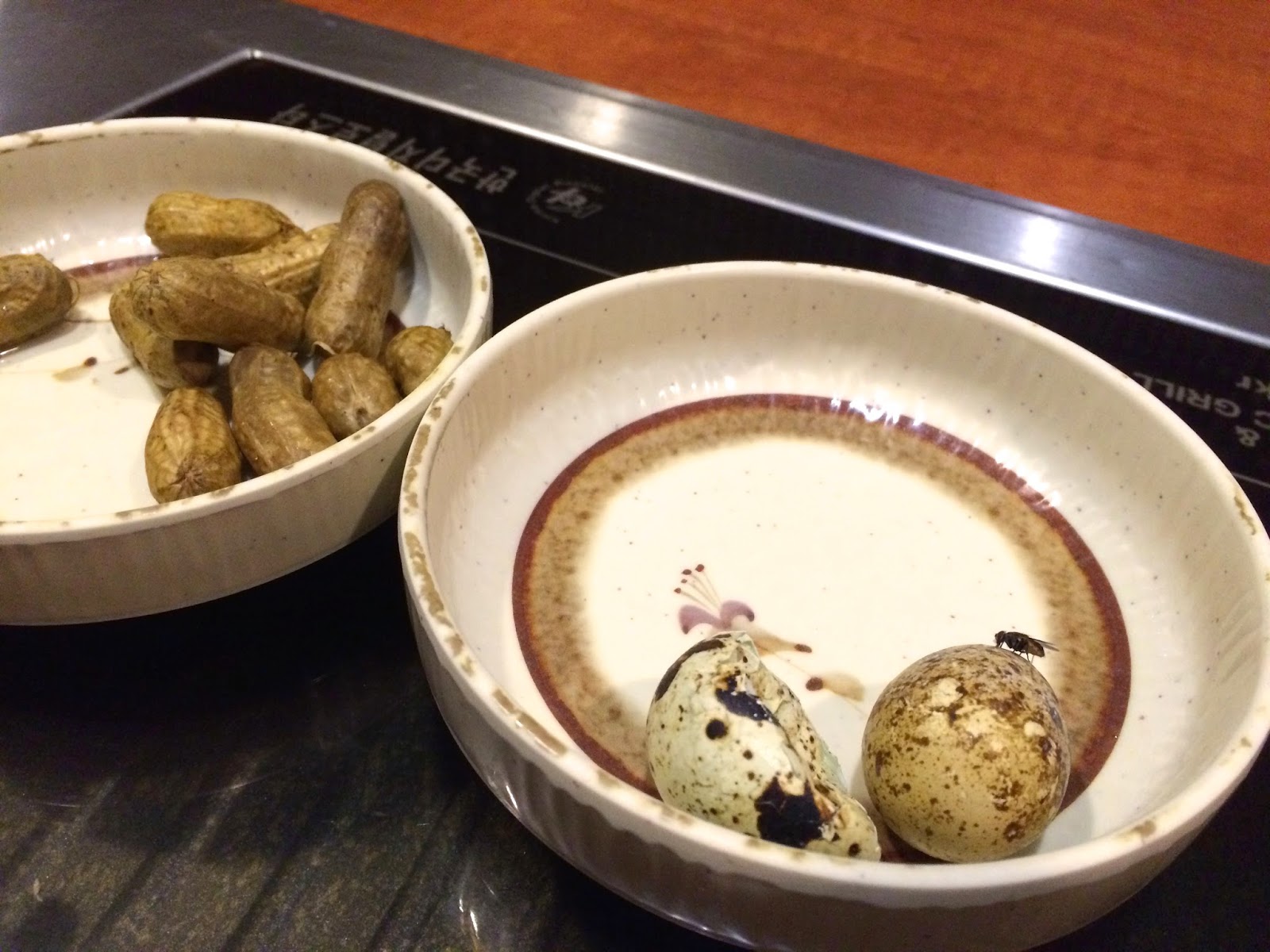 From the flies twitching around on the freebie peanuts and eggs... 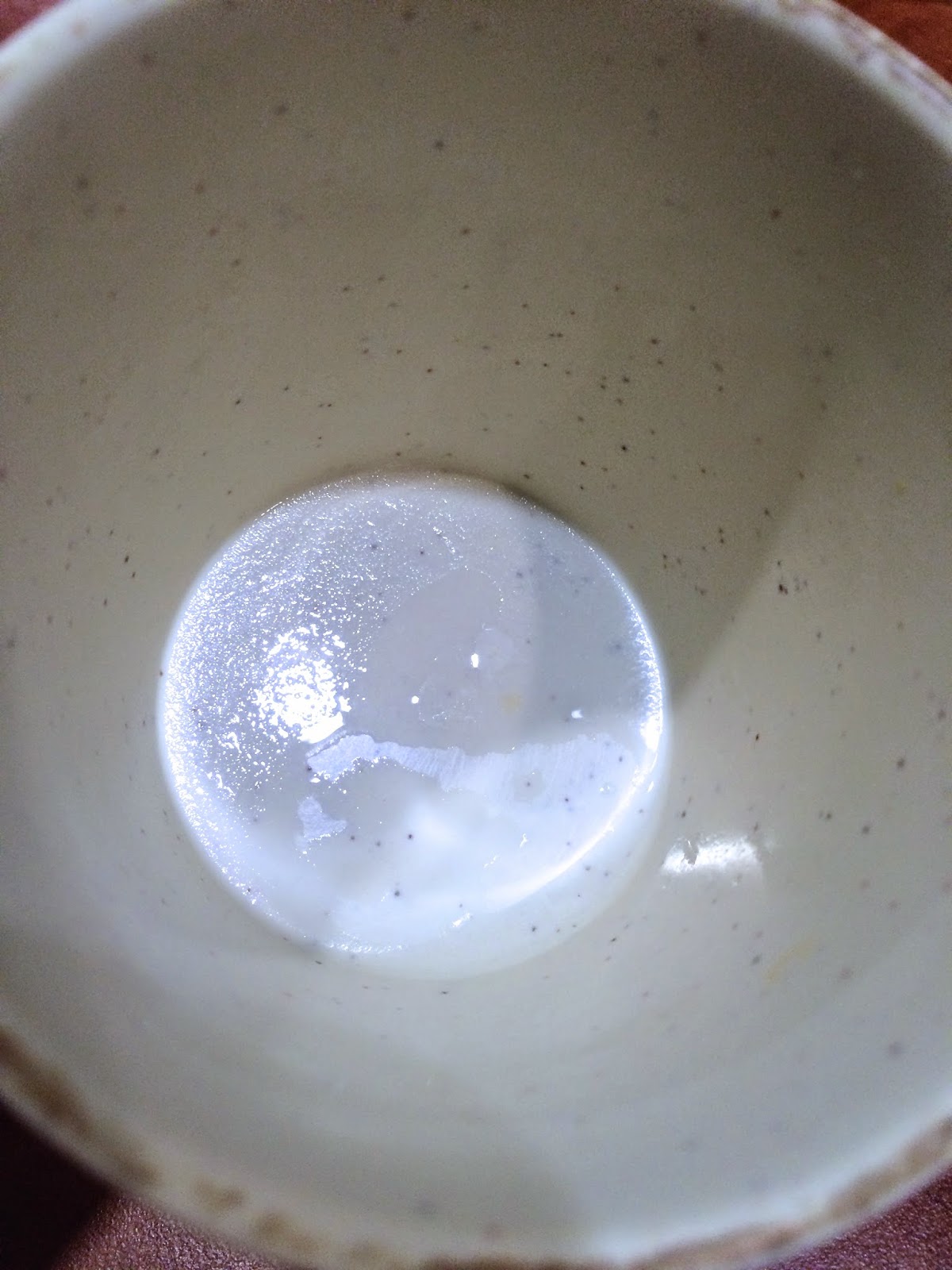 ...to the unidentified chalky residue on the bottom of the water cup... 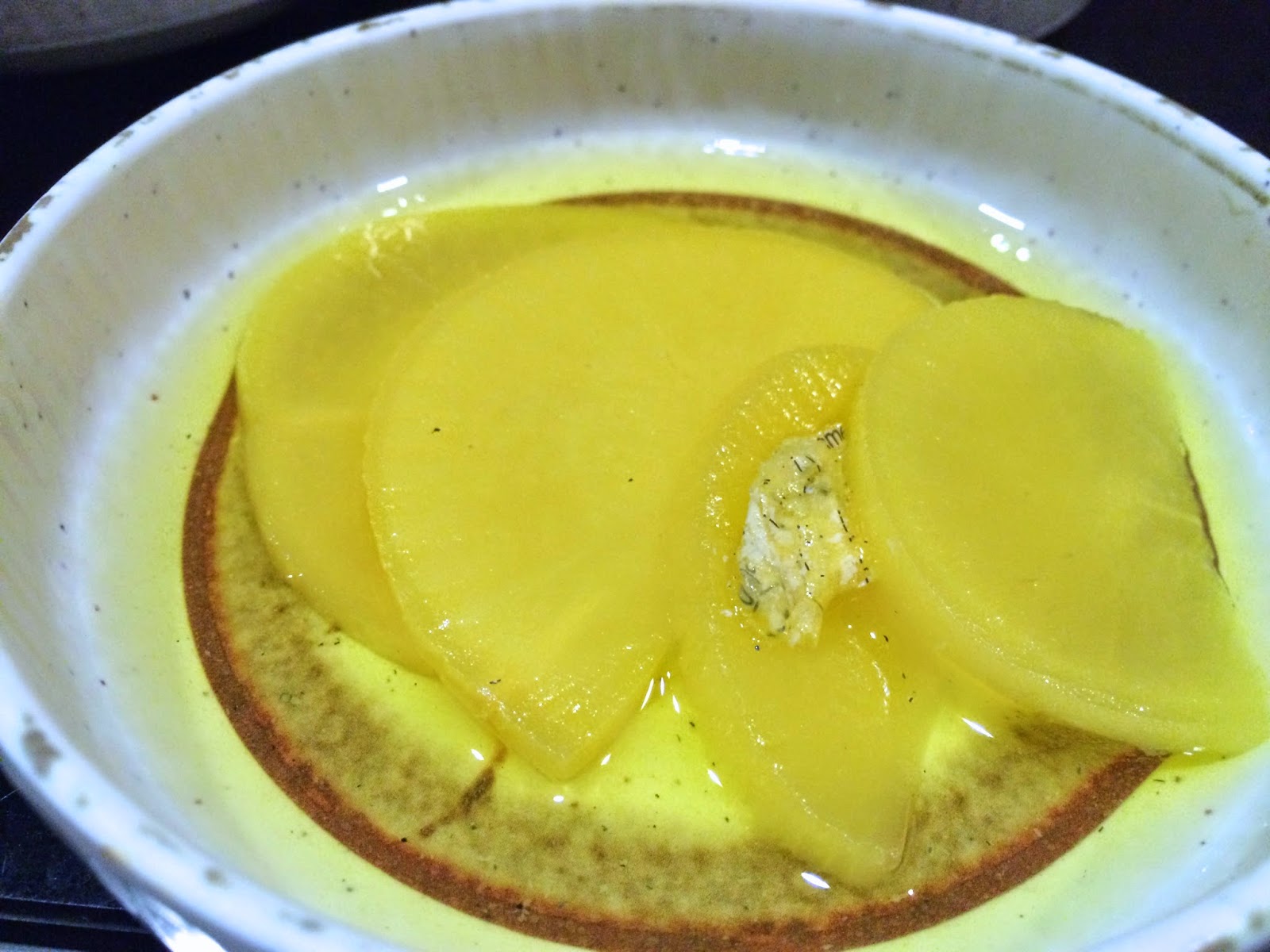 ...to the remains of what appeared to be scraps of receipt paper in the pickled radish, obviously showing that the restaurant reuses uneaten remains of side dishes...


Even worse, the whole service was so disgustingly filthy.  I tried to down a few bites of noodles but gave up and walked out.

What a stark contrast to the immaculate eating environment of Melbourne.  Welcome back to Manila. 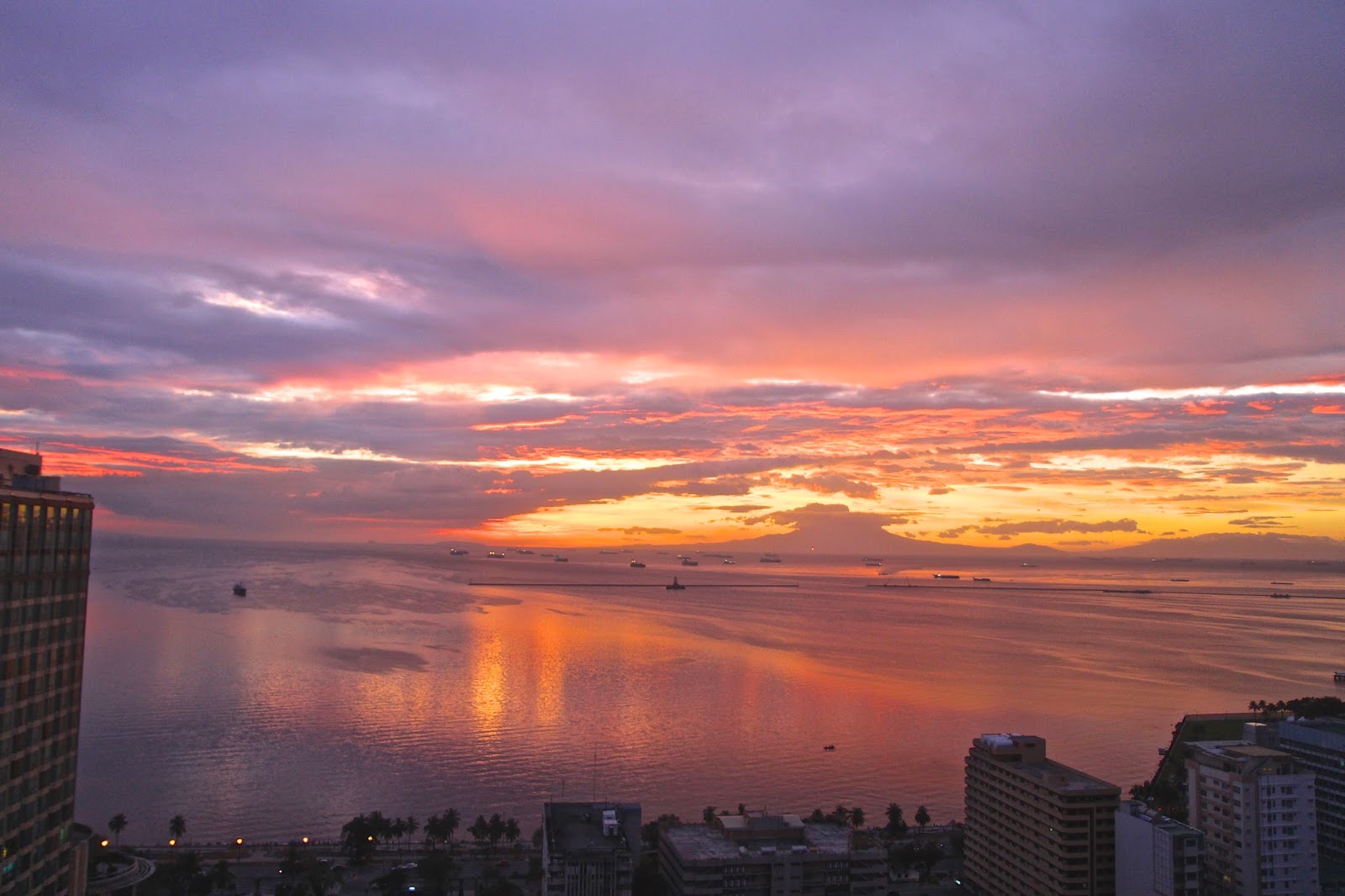 But the sunset on Manila Bay was a heart-warming sight.