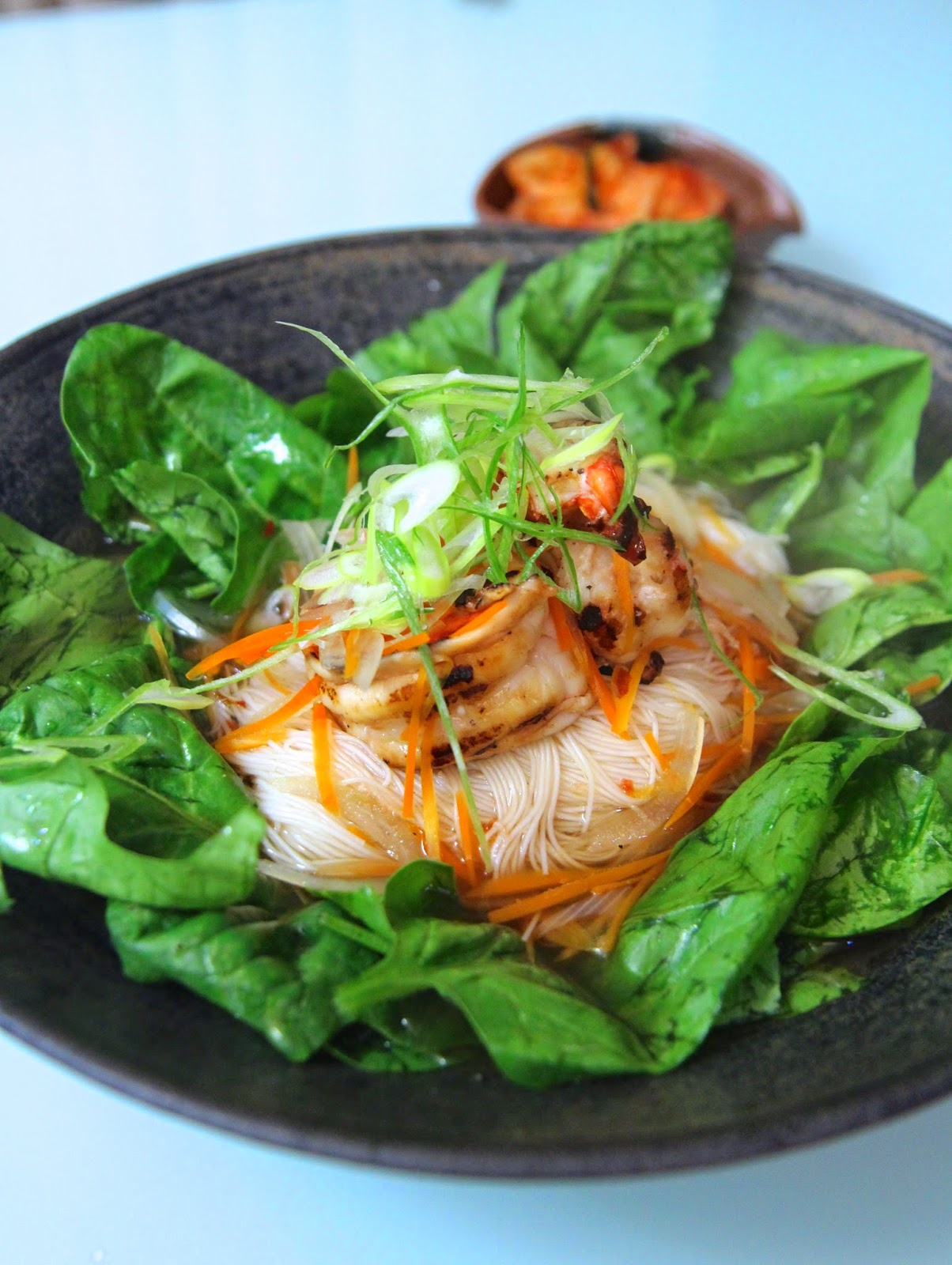 
Somen is a type of Japanese noodle.  Each strand is thin--"small (so) + noodle (men)"--thinner than angel hair pasta.  Made of flour.  Produced and packaged dry. Cooked in boiling water for a minute or so. In Japan, it's served plain with a soy-based dipping sauce, similar to zaru soba--in fact, the term "somen" refers by default to such a dish--or as a warm noodle soup--in which case the dish is called "nyu(simmered)men." Koreans also make "somyeon" in broth (see for example 3.317 Janchi Guksu), and as an accompaniment to spicy stir-fried squid/octopus (see for example 4.344 Nakji Bokkeum Sari).  In any case, somen/somyeon provides a light touch, more silky than starchy.

I'd purchased a packet of high-end somen on my trip to Kobe/Osaka (see generally 5.146 Shime Saba Hako Sushi), where the regional style favors nyumen. 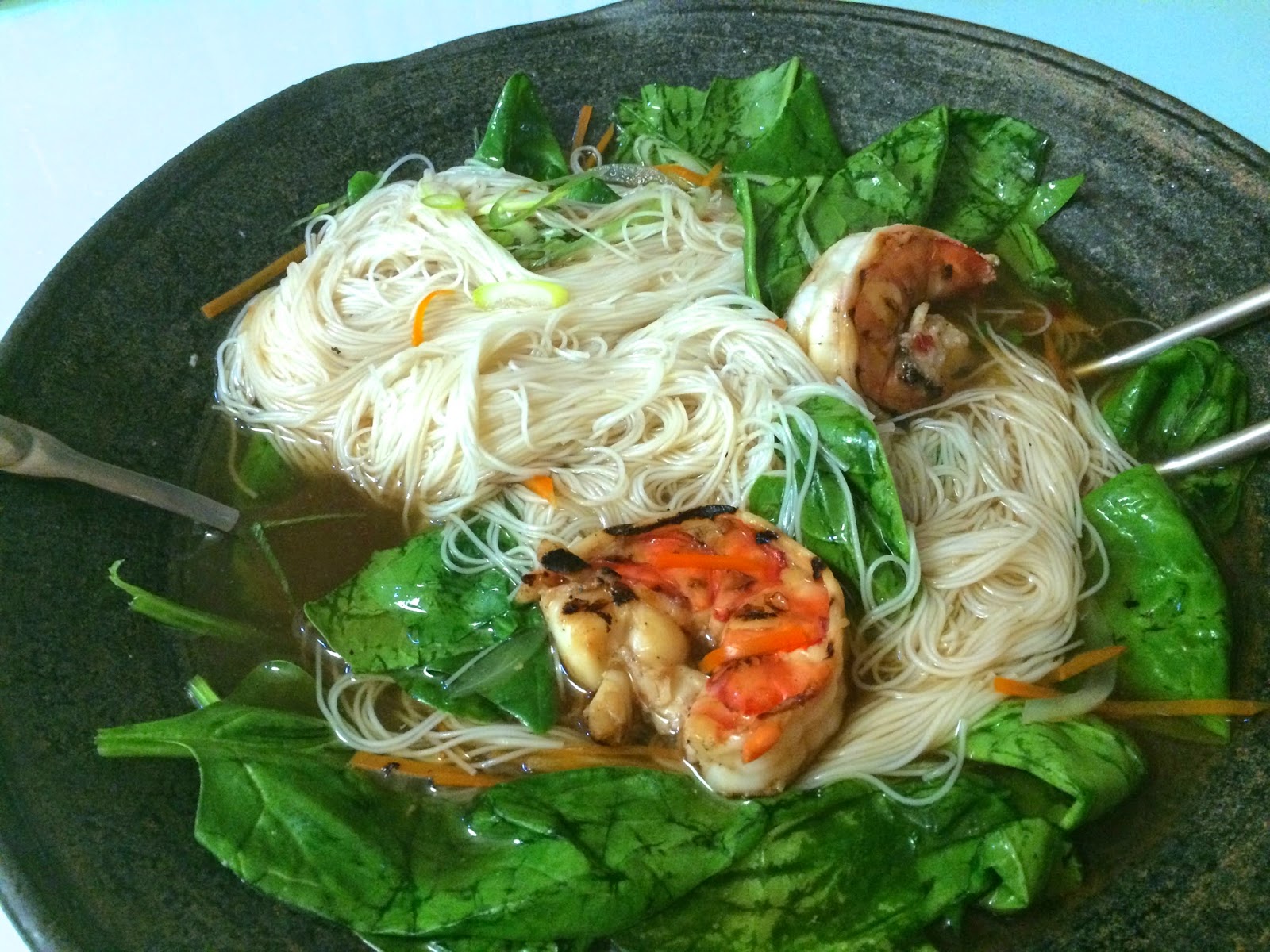 While I would typically chop and sauté spinach to make a topping, I was suddenly inspired to lay out the spinach in its raw form as a bed for the noodles and then pour the broth over everything, allowing the vegetables to soften a bit from the heat but retain some freshness.  It kinda worked, but I used too much spinach, and the broth wasn't hot enough.  But it's an idea that I'll try again.