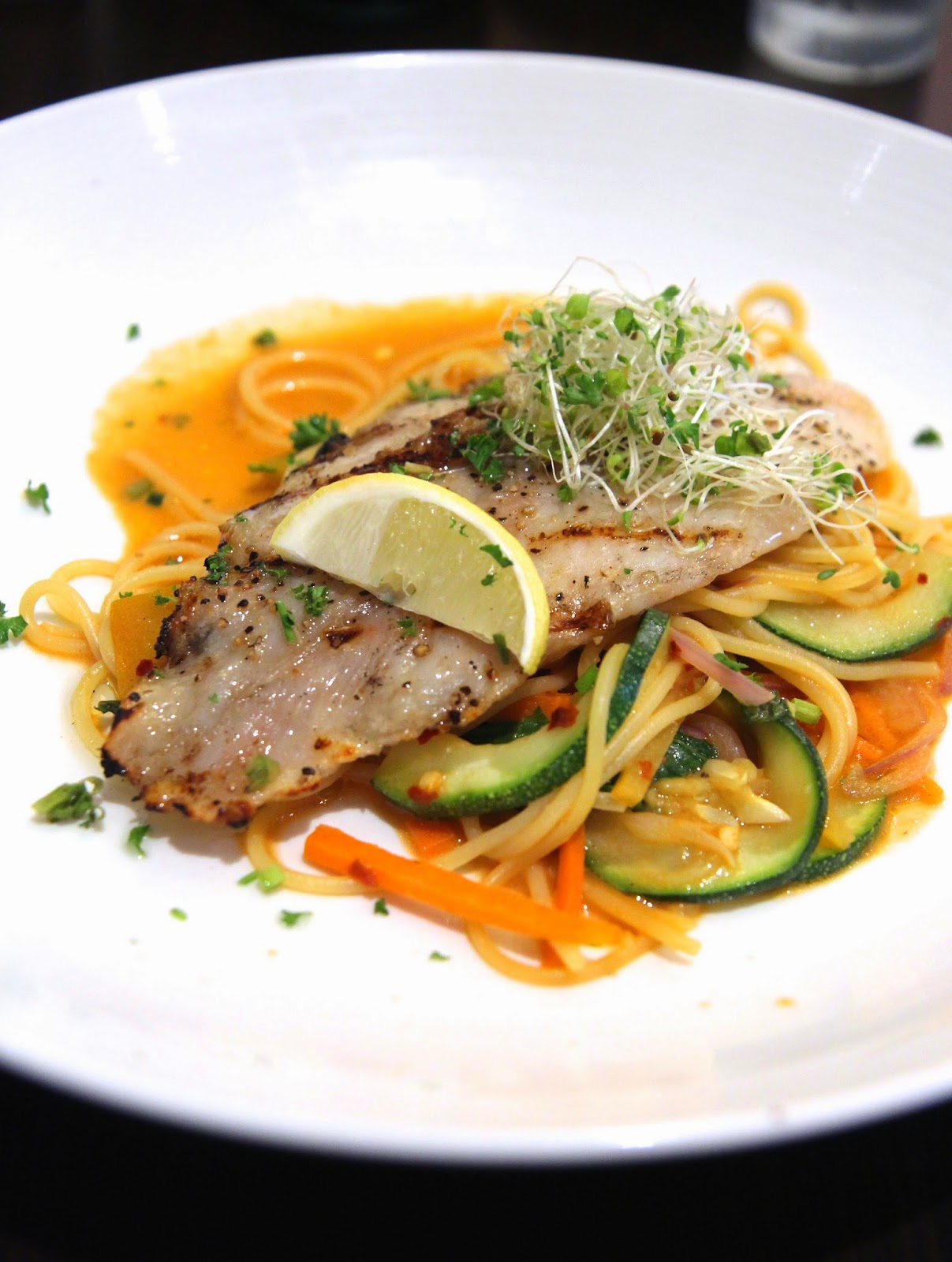 
In stark contrast to my first encounter with this dish (see for comparison 5.049 Grilled Pepper Fish Fillet with Spaghetti), ranked as my favorite of TERRP (see generally 5.247 Original Recipe Fried Chicken...), it was very disappointing this time.  The fillet was thinner and slightly undercooked.  The sauce was runny.  And the vegetables didn't include bell peppers.  Oh well.

Hoping this isn't an ominous sign that the restaurant, which remains one of the few places in the mall where I would even consider eating again, has undergone some kind of change for the worse (see for example 5.254 Lamb Keftedes).