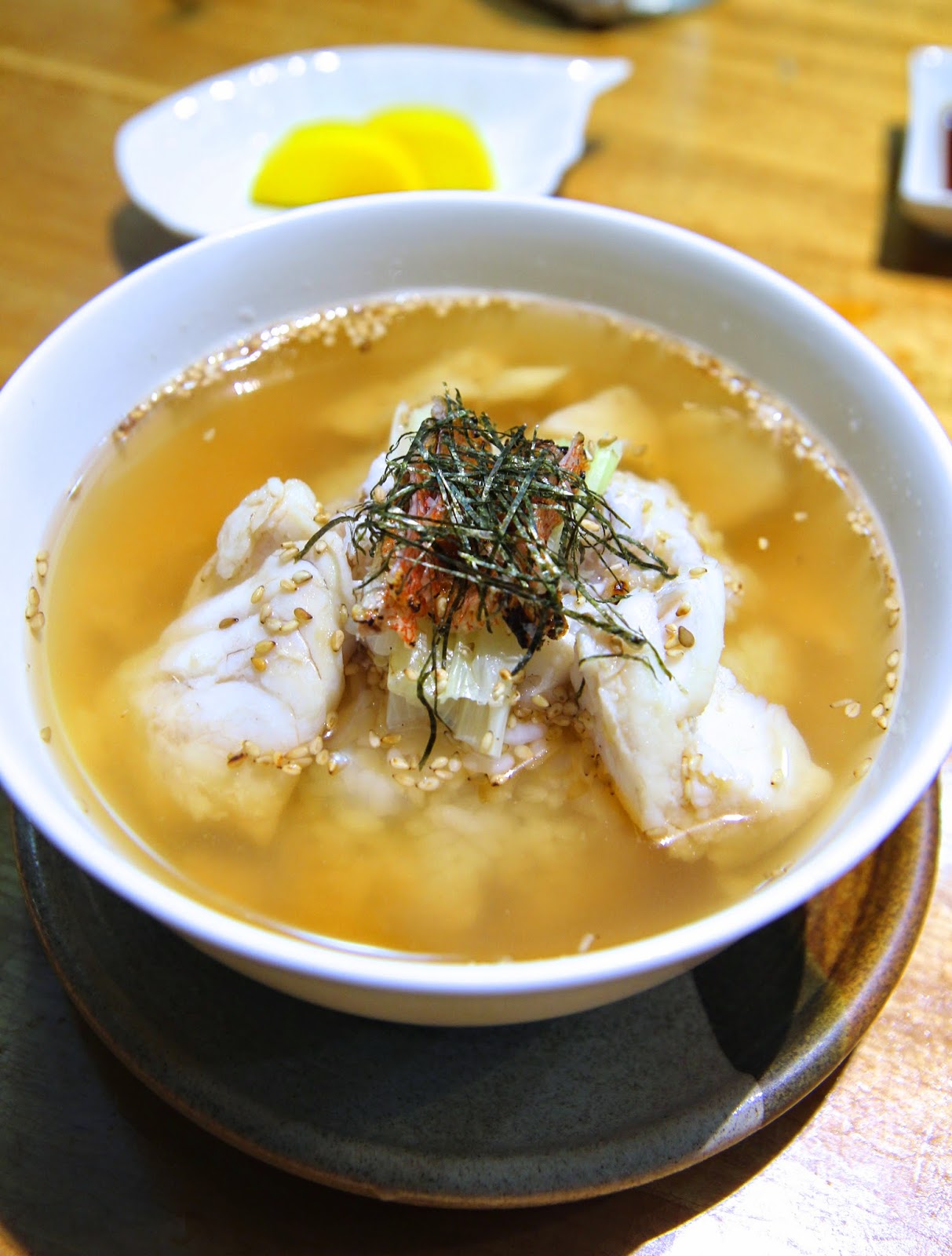 at Asunaro (The Pan-Pacific Manila)


Christmas with the Family in the PHL, Day 1.

The family is in town.  Arrived this morning.  Their second visit to the Philippines since I relocated here (see previously 5.121 Lechon).  We'll spend Christmas here through the weekend--no special plans, daily schedules revolving around swimming pools in various locations--then fly back together next Monday to spend New Year's in Korea.  Looking forward to the long hard-earned holiday.

To kick-start the trip with a bang, I took them to Tao Yuan for lunch (see most recently 5.347 Japanese-style Corn Soup).  They were duly impressed with the food, which comprised nothing but the best of the best (indeed, I didn't order any new items, so this visit won't be counted towards TEITY).  The white pepper lobster was such a hit (see for example 5.313 White Pepper Lobster) that we ordered a second one even before we'd finished the first.  Good times. 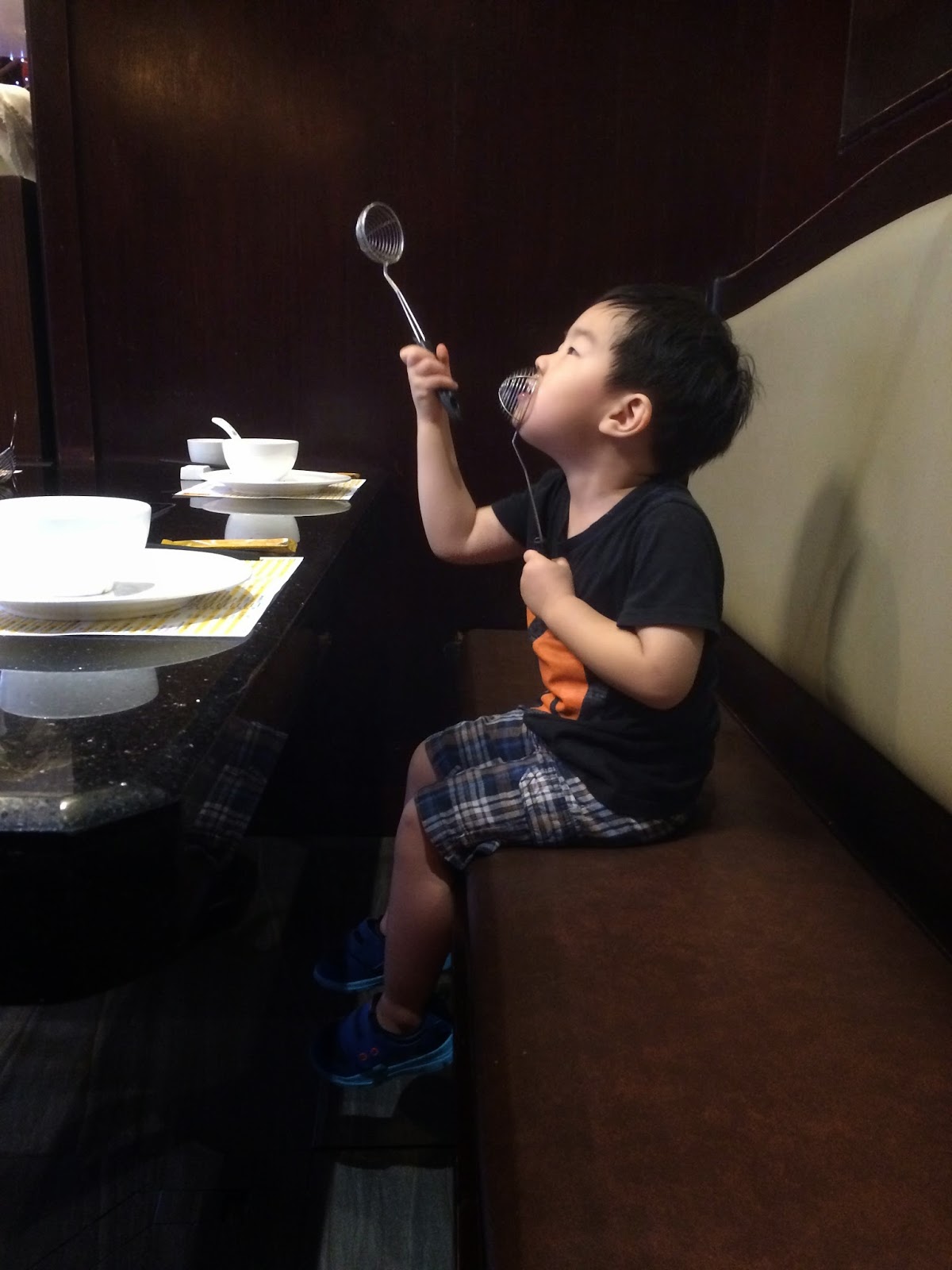 Mo was more interested in playing with the hotpot sieve ladles, which he insisted on stealing as we were leaving--that's my boy!

Chazuke is a Japanese rice dish.  Consists of steamed rice in warm broth, typically a simple fish stock seasoned with a touch of soy, often topped with grilled fish and garnished with dried laver, toasted sesame seeds, sliced scallion. Although very common in Japan, the dish hasn't really caught on in overseas markets, though I can't imagine why. 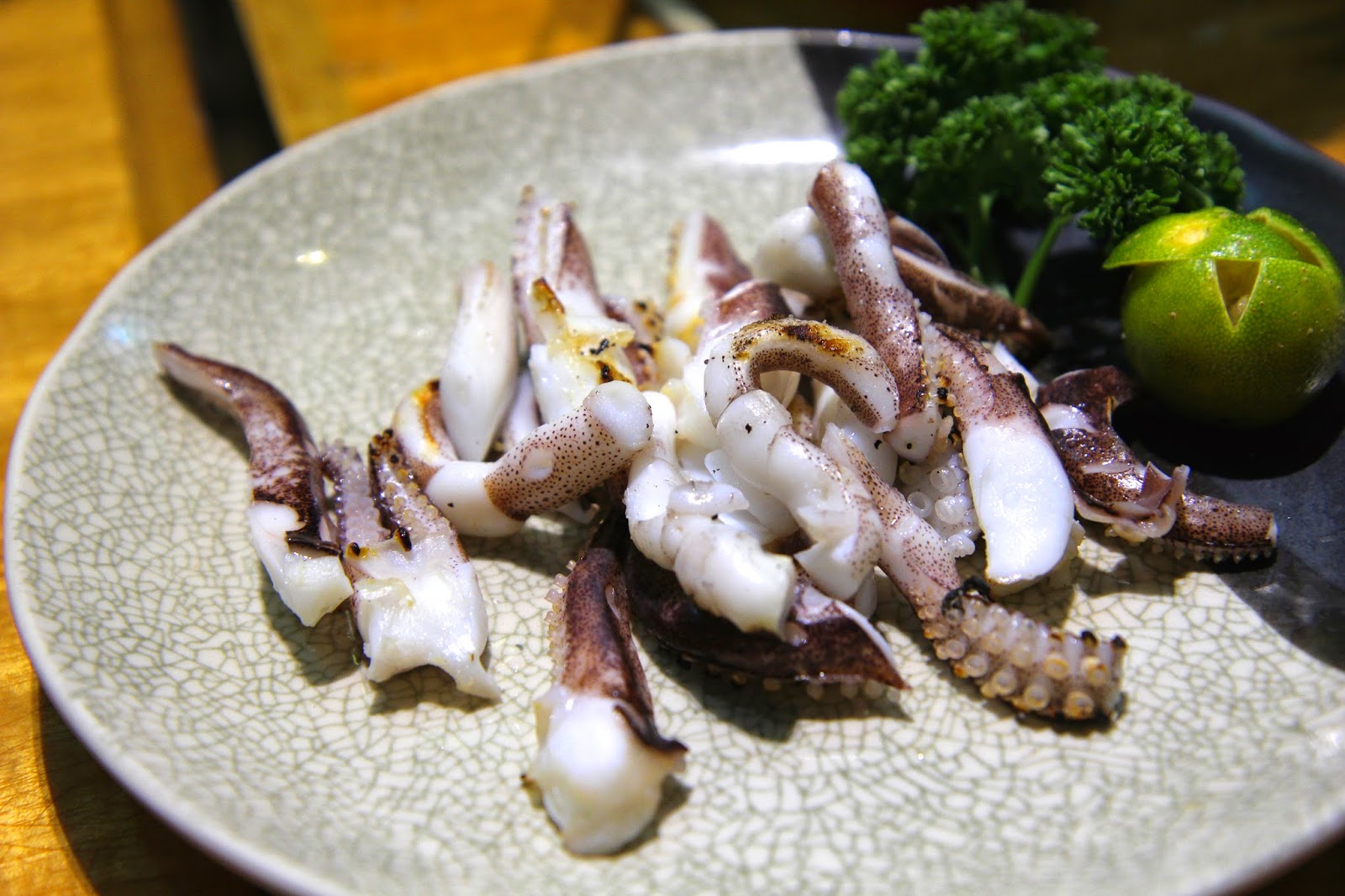 Geso Shioyaki (3.0) (grilled salted squid legs)--simple as it sounds, the dish only works when the squid is impeccably fresh, as here. 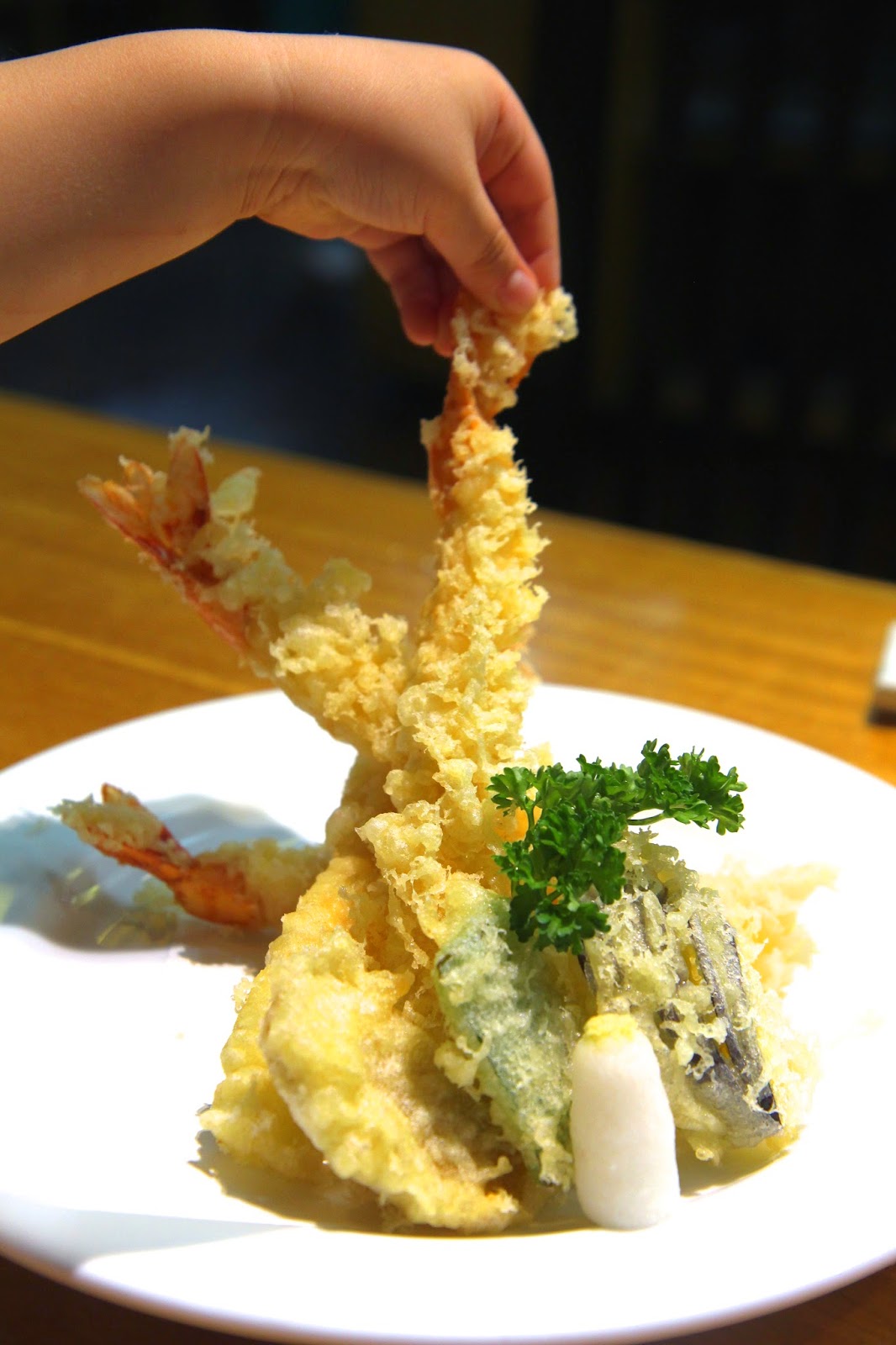 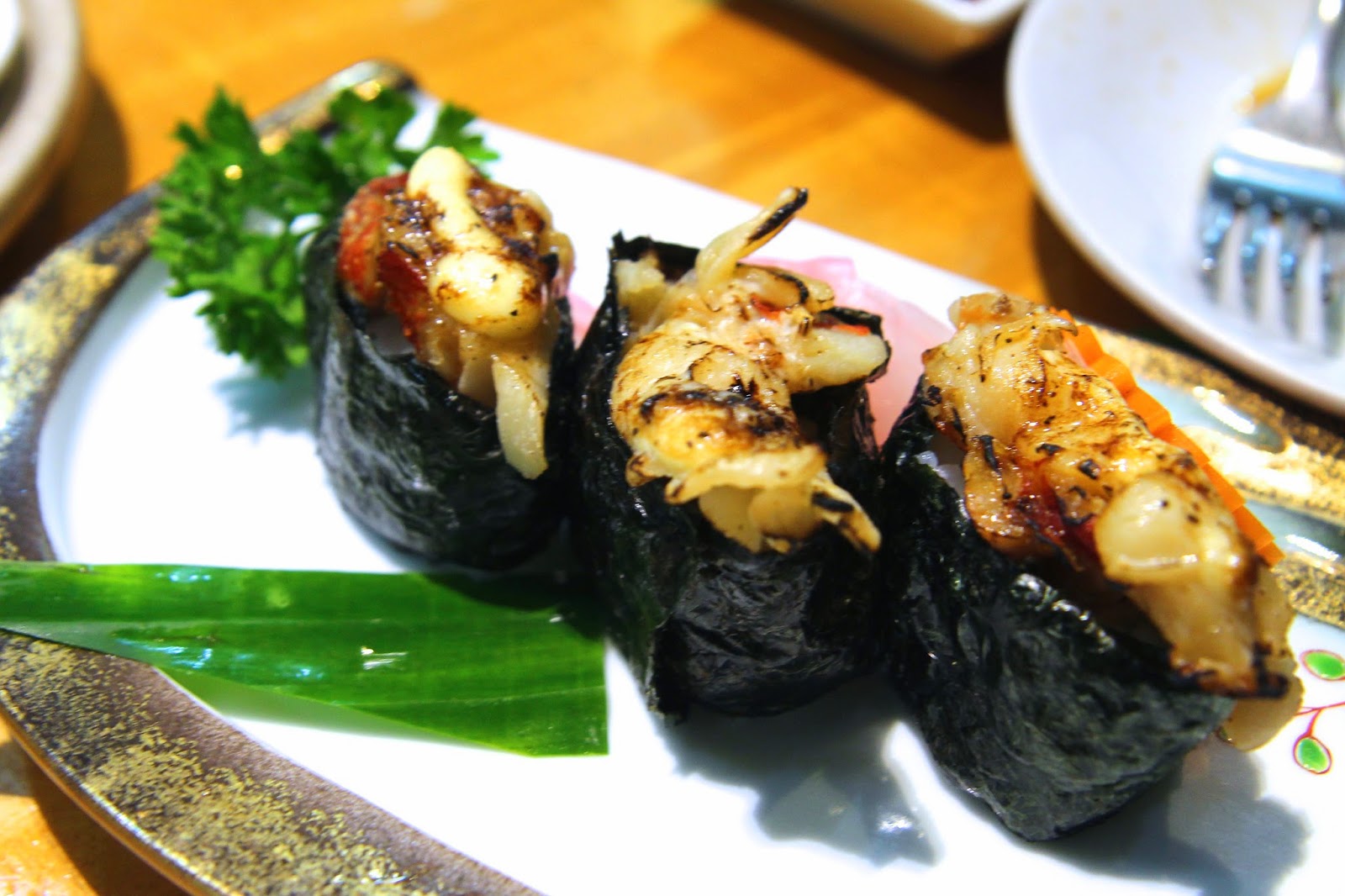 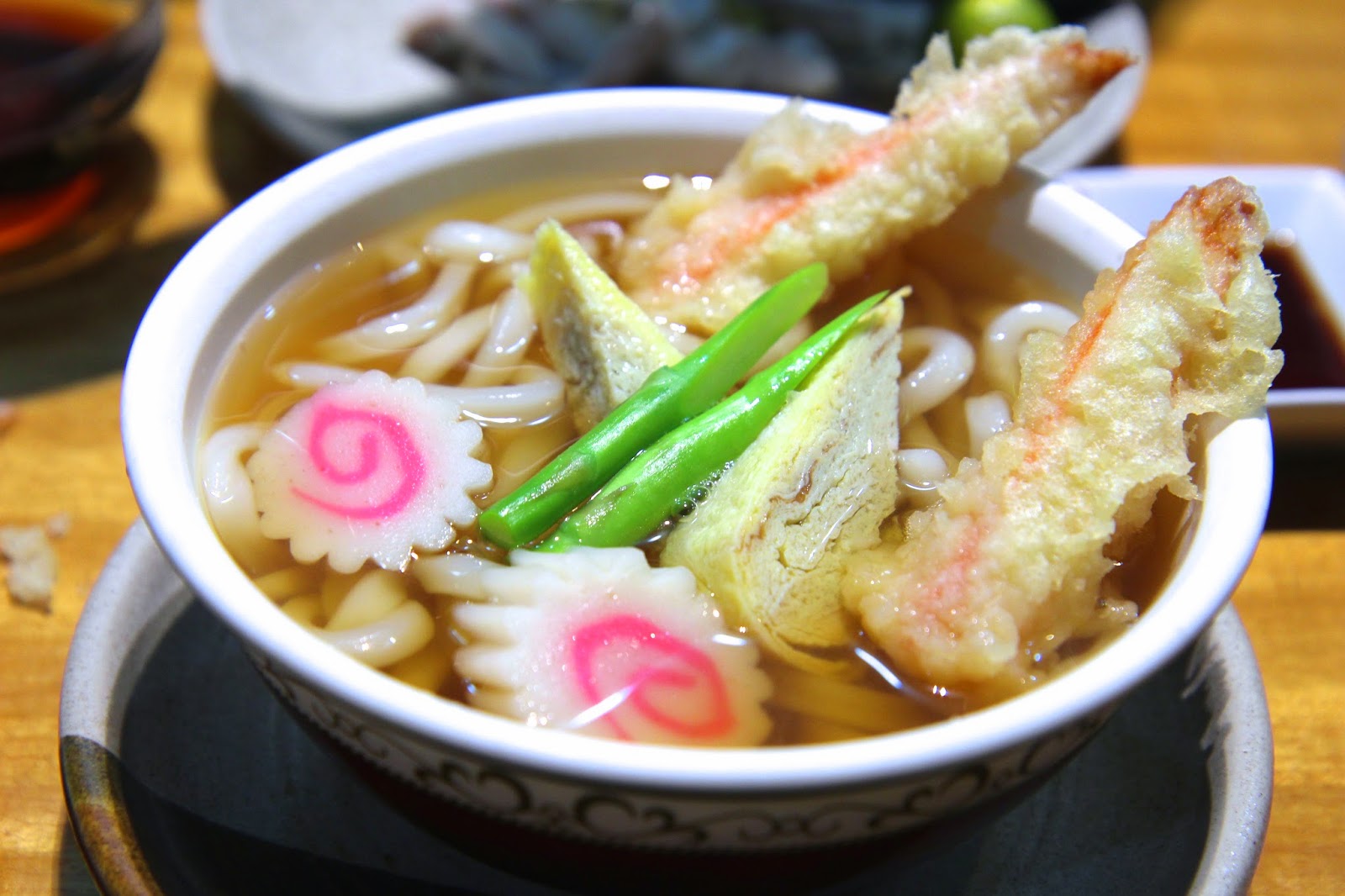 The chazuke was excellent.  The delicately seasoned broth paired perfectly with the light flesh of the lapu-lapu, as well as the napa cabbage.  The skin of the fish had been separately grilled to a crisp, providing a nice textural contrast.  Simple yet sophisticated--my kinda dish. 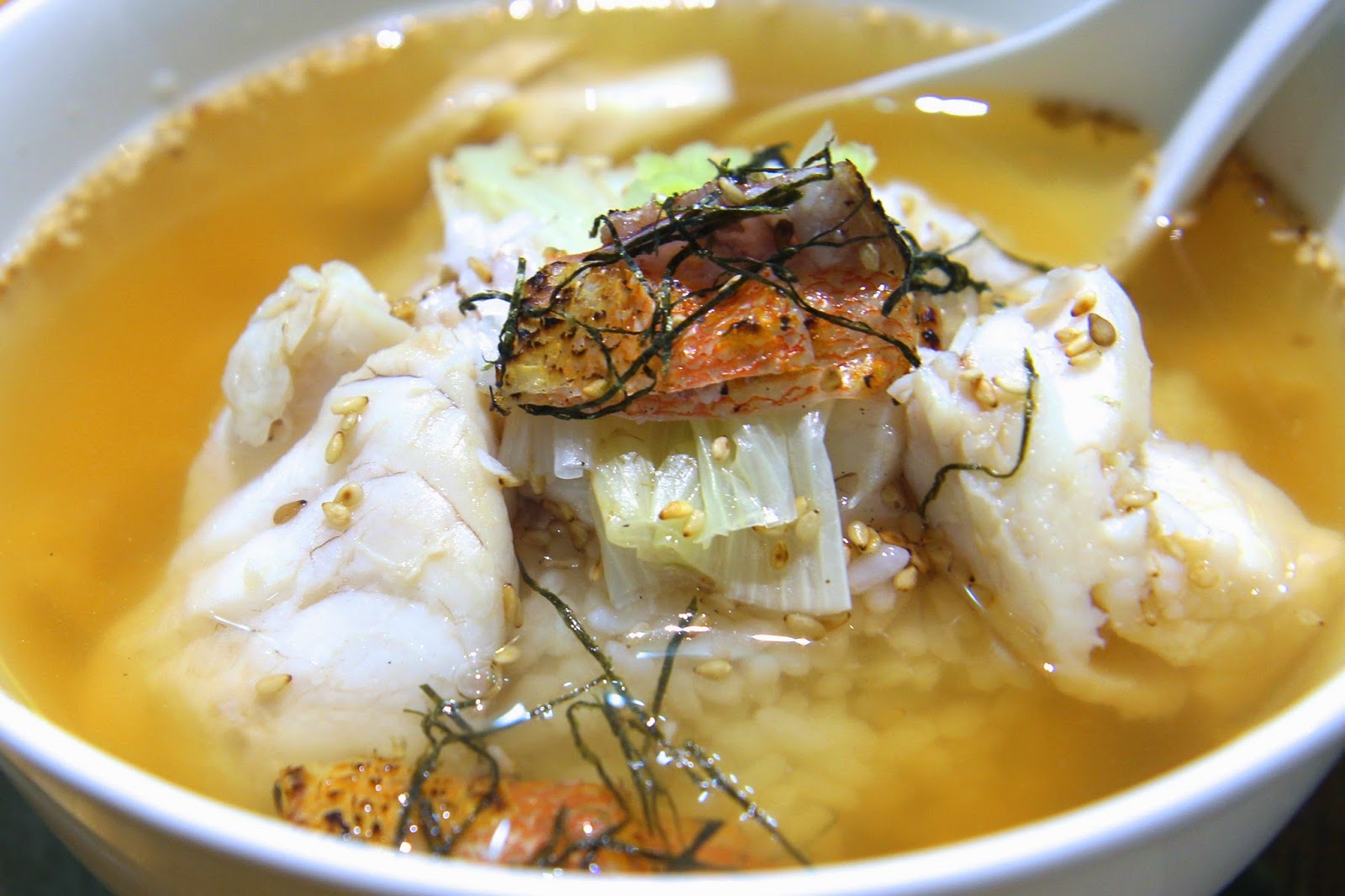 Subtle touches, like the finely shredded dried laver, indicate that the kitchen knows its craft.